Since Marvel’s Spider-Man launched on the PS4 in 2018 and was accompanied by Marvel Ultimate Alliance 3: The Black Order on the Switch the following year, it’s felt like, at least on the console side of things, Marvel might finally have a vision for the level of quality that we can expect in Marvel games for the foreseeable future. VR is the perfect application for a character like Iron Man, and right now while some of us are still recovering from the Marvel Cinematic Universe and waiting for the next phase to begin, experiences like this are extremely welcome. Iron Man VR successfully grabs the Marvel video game baton from Spider-Man and Ultimate Alliance 3 and can hopefully pass it along to Marvel’s Avengers later this year. 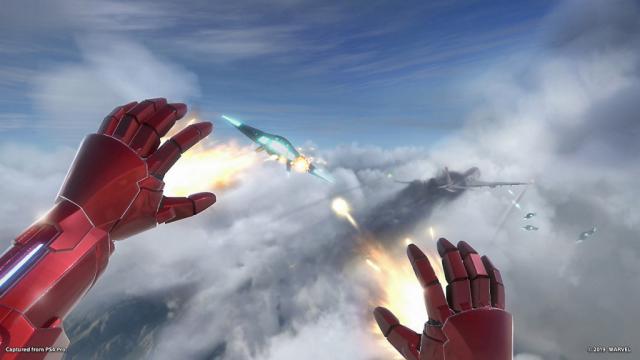 VR movement is often a tricky thing for developers to handle and can easily make or break a game. This is especially true when playing such a well known character as Iron Man, with all the expectations that go along with players’ preconceived notions of how the character can and should maneuver. Camouflaj did an amazing job with both the flying and combat mechanics for Iron Man here. Boosting around a stage by using your hands as thrusters and choosing your direction is so simple and enjoyable; it immediately makes sense and feels exactly like I imagined it would.

The main combat mechanics are nearly as intuitive as well. Using the button on the opposite side of the controller from your movement, you can fire repulsors or a small arsenal of auxiliary weapons (which become available as you progress), depending on your hand’s position. Once you’re comfortable with these you can pull off some pretty fun actions by combining the two, using one hand boost you around while the other keeps your offensive attack going.

My one complaint here is that, because the levels are designed as 360 degree playfields, you’ll have to do a fair amount of turning. It feels a bit clunky to pull a 180 or even 45 degree instant snap turn to try and face an enemy who flew past you or is attacking from behind. There’s an option to turn this snap turn into a full motion turn, but this set-up left me feeling a bit ill, so I stuck with the lesser of two evils. 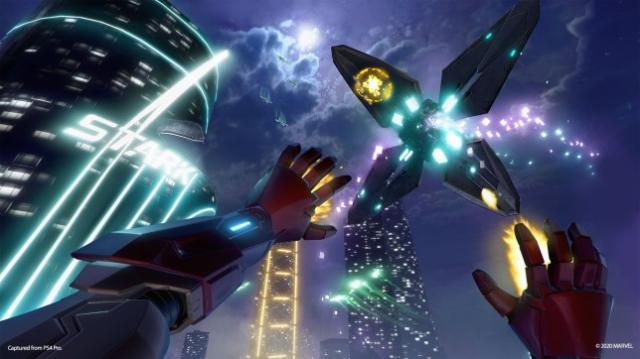 Outside of a few boss fights, the predominant enemies you face throughout the game are unmanned drones. These ensure that there is always a hefty amount of cannon fodder for your repulsors and you’ll never be at a loss for targets to shoot. There are only a handful of different types of drones, however, and by around the halfway point they will all have been revealed, so the variety of enemies is fairly low.

By the end of the game you’ll have a very solid handle on how each enemy type moves and functions, since you’ll have faced them so many times throughout the game. It’s therefore left up to the player to add their own variety to combat, in order to avoid monotony from setting in. For example, you can experiment with your various auxiliary weapons and decide between Anti-Armor Missiles and Cluster Bombs for heavily armored drones. Even more enjoyable is using drones against each other, for example by setting off mine-like drones that form a gravity well and, instead of being sucked in yourself, detonating them around other more powerful drones to set off a chain reaction of explosions. 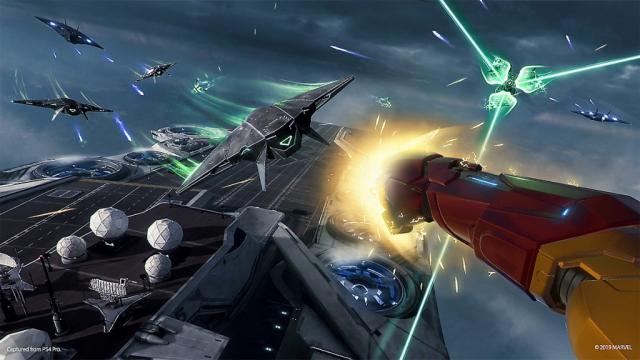 After playing the demo I was pretty confident about what to expect from the full game. My biggest worry was that there wouldn’t be a strong narrative attached to it. I’m not sure if that was because it’s a VR game or because it wasn’t really marketed as a title where story would play an important part, but I went in with low expectations regardless. So I was pleasantly surprised to find the game satisfying in this department as well. The voice actors are all great. The writing is interesting and fun too: Tony exudes wit and defiance; Nick Fury is no-nonsense and straight to business; Pepper and Tony have a flirty playful chemistry; and Tony and his AI are always really lively and entertaining. I was really impressed with Ghost though. I had assumed she was going to be a minor part of the story and the game would move past her fairly early on. Instead she turns out to be a worthy adversary for the entire length of the game. As someone who was ready to write her off prior to starting she really punched above her weight class and kept the story engaging right up to the end.

Much like the drones, there aren’t a ton of levels, and some of the ones them are even reused. When first entering an area they also tend to feel pretty lifeless. One of the earliest areas is Shanghai and there’s not a single person or vehicle in the area. It almost feels like a beta level. Once the drones arrive and the combat begins everything feels frantic and fun, so none of that matters in the heat of the moment, but once you clear a wave you’ll notice how empty things really are. This makes sense in certain locations, but not in ones like Shanghai, where the emptiness makes the level feel ‘off’. 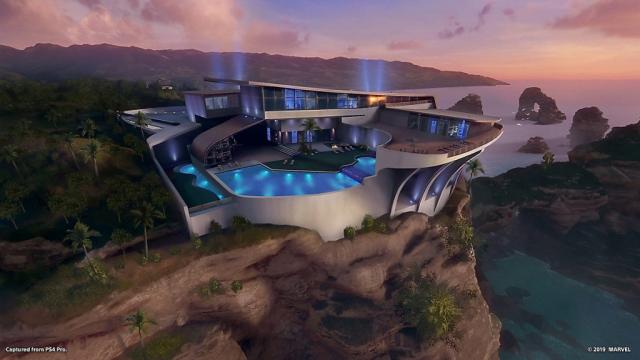 If you’re an Iron Man fan, or just a general Marvel fan, you’ll find a lot of cool little extras that may seem superfluous to a player with no prior attachment to the characters and key locations. For example, before you begin a mission to defend the SHIELD Helicarrier you get something of a guided tour around the exterior of the facility, with little jabs at Hammer Industries while Tony and Fury push each other’s buttons.

During the story there are also a few chances to explore the interior of the Stark mansion and Tony’s garage, including some areas that don’t offer much in terms of moving the game forward but which, as a fan of the IP, are incredibly fun to explore in VR. Movement in a lot of these areas is like that in a traditional VR game, where you simply find a waypoint and warp to it with a button press, which isn’t nearly as fun as flying around in your Iron Man armor, but it gives those who want a chance to visit some pretty iconic locations a wonderful way to do so.

Iron Man VR isn’t incredibly long and can be finished over the course of a weekend. It is, however, packed with a modest amount of post-game content, which is sure to keep you playing even longer if you’re not ready to take the armor off quite yet. There’s a post-game challenge mission, and you’ll likely still have a few armor upgrades to unlock. Beyond that, all of the game’s levels will then be stocked with extra combat and flight missions, some of which take a while to master in order to get your score or time to where it needs to be. Each level also has a simple freeplay mode too, where you’re welcome to just fly around and soak up the atmosphere. Didn’t get a chance to really enjoy the Helicarrier because of all those pesky drones? This is your chance to head back into that level and explore at your own pace. 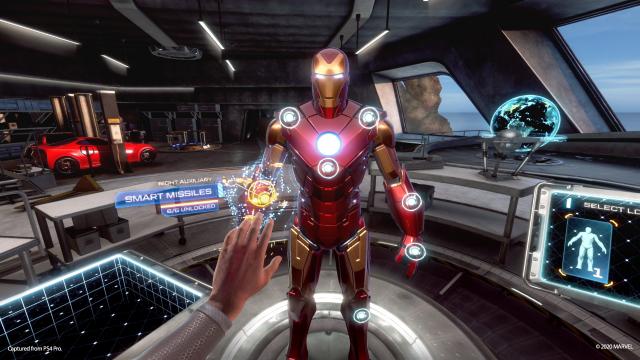 Iron Man VR is right up there with the best the PSVR platform has to offer. It’s a little shallow in a couple of areas (enemy and level variety), but it’s a delight to become Iron Man and move and shoot in the game’s world. The characters are all solid incarnations of their comic book counterparts, and while the story isn’t mind-blowing it is at least engaging. Fans of Iron Man can get a whole new appreciation for the character in the context of a VR experience, while players new to these characters can perhaps start to understand why some of us find them so intriguing and begin to develop their own appreciation towards them.