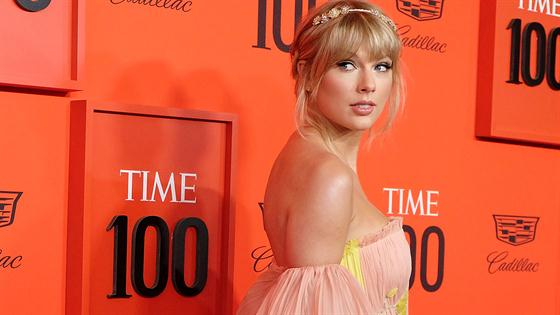 NASHVILLE, Tenn. (WKRN) – Nashville darling and pop superstar Taylor Swift graced the city, her fans and the NFL Draft with her presence Thursday afternoon when she appeared at a much-discussed new mural in the Gulch.

But the party isn’t over yet! Swift announced on Instagram that she will also join ABC’s Robin Roberts and other stars for the special “2019 NFL Draft on ABC” on Thursday night.

“@kelseymontagueart helped me pull off the best surprise clue reveal today in Nashville!!” Swift wrote on Instagram. “Thank you to everyone who showed up, I’ve never been more proud of your FBI level detective skills. Next clue: I’ll be joining the magnificent @robinrobertsgma for a chat tonight on ABC live from Nashville 💕💕💕💕💕💕💕”

Roberts will also be joined by Luke Bryan, Bobby Bones and other great guests!

News 2 is your home for The Draft in Music City. Click here for more special coverage.

Just after midnight on Saturday Taylor Swift posted a countdown clock on her website and Instagram stories suggesting … something is coming on April 26.

Swift changed her profile photos on her social media to an image of pastel pink clouds — a color palette similar to the outfit she wore to her most recent public appearance at the IHeartRadio Music Awards last month as well as other images she’s recently posted to Instagram.

True to her style, Swift posted the countdown clock on April 13, exactly 13 days before the final day — it’s common knowledge that 13 is Swift’s lucky number.

Now, some eagle-eyed Swifties noticed that back in October 2018 Swift posted a photo of herself playing Scrabble with her mother alongside the caption “Let the games BEGIN.”

The cryptic social media messages are also in line with how she’s announced new music in the past. Before announcing her 2017 album Reputation, the singer wiped her social media accounts clean and began posting images and videos of snakes.

Additionally, in a recent article in Elle magazine in which Swift wrote about the 30 things she learned before turning 30 years old, she said that she makes countdowns for things she’s excited about.

“When I’ve gone through dark, low times, I’ve always found a tiny bit of relief and hope in getting a countdown app (they’re free) and adding things I’m looking forward to,” she said.

Note that since Taylor Swift is possibly the most detail-oriented person in the world, the comment about countdowns was the 26th thing on the Elle list. Again, whatever’s happening later this month, it’s on the TWENTY SIXTH of April.

The countdown clock was also broadcast in New York City’s Times Square — as well as other places around the world including London and in Melbourne — above the url aprilTwentySix.com — which reroutes back to her official website. (If you look closely, the letters T and S are capitalized in the countdown URL. “T” + “S” … “TS” … “Taylor Swift” … get it?)

Whatever may be happening on 4/26, Swifties are pumped:

Less than two weeks until we find out!