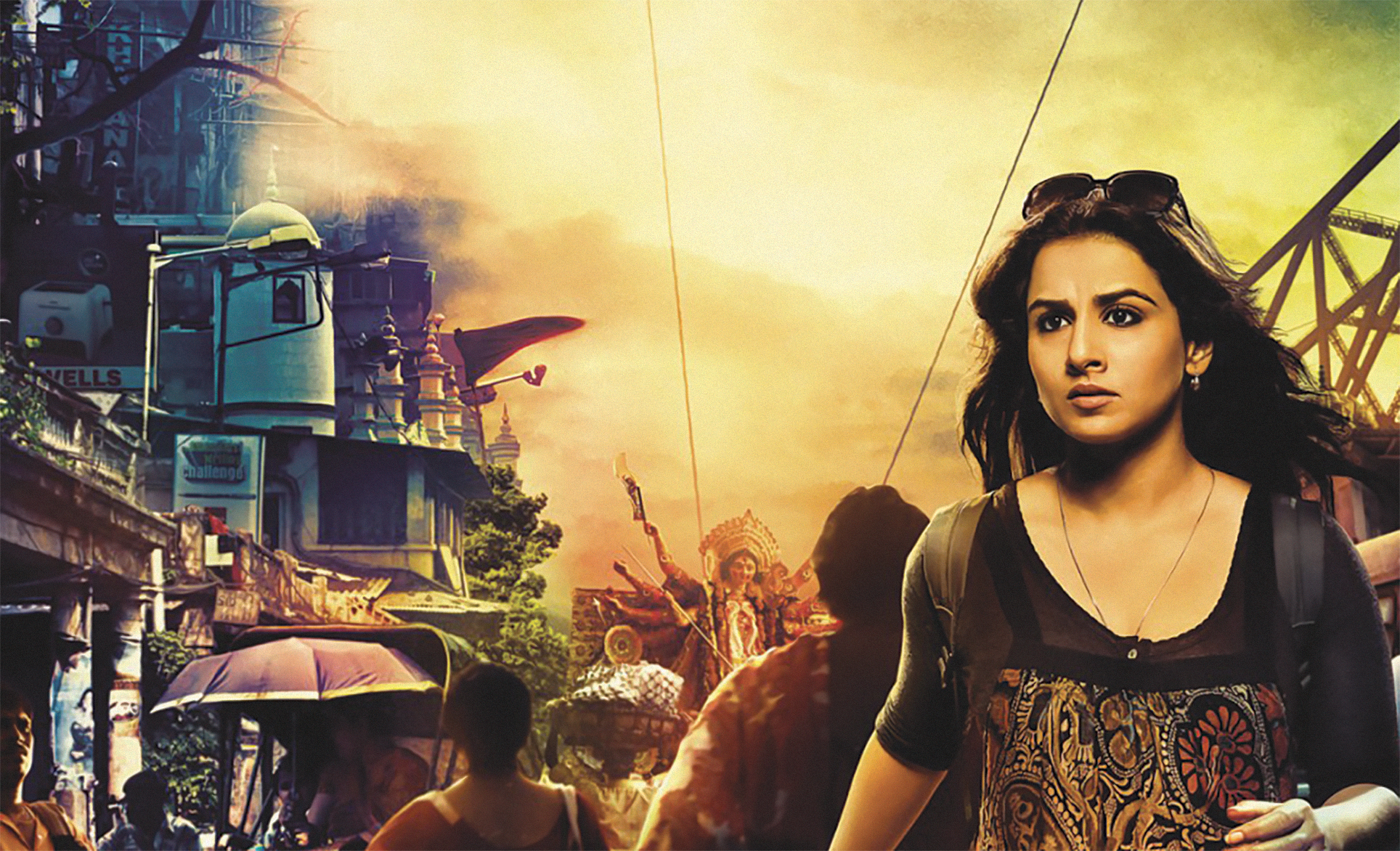 IN STRICT BOLLYWOOD TERMS, women stay home and concern themselves with their â€œhonorâ€� while men go about avenging all the tarnishing done to the honor of their wives, sisters, mothers, girlfriends, and any other woman they remotely know.

In Bollywood films, thereâ€™s a very gendered divide. For men, revenge is seen as logic driven and well planned. It always serves a larger good and invariably becomes an action-packed spectacle filled with guns, explosions, and, most important, other men. A womanâ€™s revenge, on the other hand, is an anomaly in and of itself because it means taking ownership of the crimes committed against her, fighting for herself instead of ceding vengeance to a male relative. Though many Bollywood films feature revenge against a rapist, when women take revenge into their own hands, the assumption is that their actions are guided purely by emotion, an almost hysterical acting out with no rationale. Hence a womanâ€™s revenge is seen as a crime with little or no redemptive value and no moral high ground. Pursuing vigilante justice makes them â€œbadâ€� women who are overstepping rightful boundaries.

In 1988â€™s Khoon Bhari Maang (Blood on the Head), revenge becomes the only goal for protagonist Aarti (Rekha). The title refers to the Hindu practice of married women applying vermilion on the parting of their hair as a mark of their marital status, but in this case, the marker is blood. The exaggeratedly plain and extremely wealthy widow, Aarti, is shamed into marrying Sanjay (Kabir Bedi), who then throws her into a lake where he believes sheâ€™s been eaten by crocodilesâ€”and escapes with all her money. Aarti survives and undergoes plastic surgery to emerge as the hyper-glamorous supermodel Jyoti.

On top of not taking womenâ€™s revenge plots seriously, Bollywood female revenge dramas often fetishize the â€œwoman on the killâ€� in an Annie Oakleyâ€“like manner in which her anger and wielding of weapons is meant to be a source of titillation, her disdain for men only a costume. Jyoti appears onscreen in tight pants, riding horseback and wielding a whip. Invoking feisty warrior goddesses from Hindu mythology, she tells Sanjay, â€œYou have only seen women as toys. Now you see me wield the sword of womanhood.â€� And then she whips him into the same crocodile-infested lake where he once left her. Sanjay begs for mercy and, for a moment, we see Jyoti/Aarti lost in a flashback, close to forgiving him, but then she snaps out of it and gives him one last ruthless shove into the lake. She is avenged, but her bodily honor has little to do with it. Instead she wants the money and property that were rightfully hers, capital that will renew her social standing and literally pay for a new face.

The 2011 film 7 Khoon Maaf (Seven Sins Forgiven) is the story of Susannaâ€™s (Priyanka Chopra) search for loveâ€”and how she kills six husbands when they fail to live up to her trust or demands. She feeds her doubting and abusive first husband to a panther and administers a heroin overdose to her lying, cheating second. She follows up by burying her third husband alive, poisoning the fourth with snakes, overdosing the fifth with Viagra, and finally, shooting the sixth. The murders, which start out as targeted attacks on the men who have failed Susanna, eventually become crimes of necessity to protect her secret. Though based on her romantic desire to find love, nothing about Susannaâ€™s revenge is soft. With her own protection and needs at the core of her revenge-seeking, it is easy to dismiss Susanna as an immoral person driven to crime for selfish reasons, but it is hard to dismiss the genius in the flawless and innovative schemes she comes up with and executes neatly, each murder undetected by law officers.

The 2012 film Kahaani (Story) features a woman plotting revenge that involves false identities and fake pregnancies in order to (here comes the gender reversal!) avenge her husbandâ€™s death. Vidyaâ€™s (Vidya Balan) complex story line implicates senior Intelligence Bureau officials and proves their involvement in a poisonous gas attack. The film employs sexist clichÃ©s of motherhood and widowhoodâ€”both of which are used to portray Indian women weaker than menâ€”that Vidya uses to her advantage. Her revenge is not only personal, it also serves the larger good of ridding the government of corrupt officials.

These films also rely on the extensive roster of fearsome Hindu warrior-goddesses to frame their protagonists: Aartiâ€™s resurrection takes place with an image of Shakti, the goddess of power, behind her, and she kills Sanjay as Kali, the destroyer of all evil, looks on from a portrait. The climax of Vidyaâ€™s revenge plays out in Calcutta, as people celebrate Durga Puja in a five-day ritualistic celebration of  a goddess created by male gods when they failed to vanquish the demon Mahishasura. Much like Durga, who pierced her trident through the demonâ€™s chest, Vidya yanks off her hairpin to stab the side of a villainâ€™s neck.

For a country where religion and pop culture often intersect onscreen, these comparisons go a long way in legitimizing female-revenge narratives; in a way, such stories are a reminder of the power of latent female anger thatâ€™s as old as our mythologies.

To anyone aware of these very popular myths, the comparison in iconography is unmistakable. For a country where religion and pop culture often intersect onscreen, these comparisons go a long way in legitimizing female-revenge narratives; in a way, such stories are a reminder of the power of latent female anger thatâ€™s as old as our mythologies. Moreover, the women in these films are widowsâ€”a status that has socially, economically, and sexually disempowered Indian women. It is a feminist questioning of that discrimination when these women, their status diminished by the loss of their husbands, find themselves empowered enough to become exactly like men, the usual carriers of the revenge narrative. Angry women donâ€™t need to be goddesses for their anger to be legitimate, though. I look forward to the day Hindi cinema recognizes that angry women are just as human as caring, loving, and maternal women.

Female revenge in Hindi cinema is typically viewed as an illogical, estrogen-driven act executed through treachery and lies. But there is nothing hidden or impulsive about the motives of Jyoti, Susanna, and Vidya; the â€œliesâ€� are all careful, tactical decisions that are well planned in order to achieve the womenâ€™s goals. Within Hindi filmâ€™s shortsighted binary of the â€œgood womanâ€� (with all the feminine goodness) versus the â€œbad vampâ€� (with all the qualities considered terrible in a woman, but often celebrated in a man), these characters act as cultural interventions that help dismantle formerly watertight notions of womanhood. These characters are all â€œgoodâ€� women: heroines who are loving mothers, caring wives, and empathetic employersâ€”but also ace planners and calculative risk-takers.

This deviation makes us think beyond the trivial â€œscornedâ€� woman of â€œhell hath no furyâ€� fame, and also opens up new possibilities for a crop of female characters who plan and plot with their brains, needing no male savior to keep their honor intact. These women are not badâ€”but they are ruthless enough to gain control over their victimhood and grief. 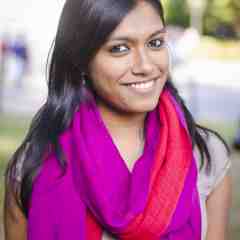 Bedatri Datta Choudhury studied literature and cinema in New Delhi and New York, and loves writing on gender, popular culture, films, and most other things. She lives in New York, where she binge watches reruns of old TV shows and makes notes about strangers she meets on the subway. You can follow her on Twitter @Bedatri.

Backtalk: The Myth of Racism Against White People ACA subsidies cost more per person than Medicaid