Some Amazon Alexa users are currently having problems reaching the voice assistant. Instead of reacting to commands, Alexa simply says â€œsorry, something went wrong.â€� Amazon hasnâ€™t commented publicly yet on the issue.

Based on tweets and Down Detector, users began having trouble reaching Alexa around 7AM PST. While some had their connection issues resolved quickly, many others are still waiting.

#AlexaDown ! Now I have to remember how to turn the lights on and off again!

I would like to apologize to #alexa users worldwide for the 80 times my 6 year old requested “what does the fox say” today which surely caused the outage. She was right to shut down. Enough is enough. I hope @amazon can fix her. #alexadown

This follows an outage last month that mainly affected Echo devices in parts of the United Kingdom, Spain, Germany, and Australia. According to Down Detectorâ€™s outage map, however, most of the users who currently canâ€™t reach Alexa are in the United States. 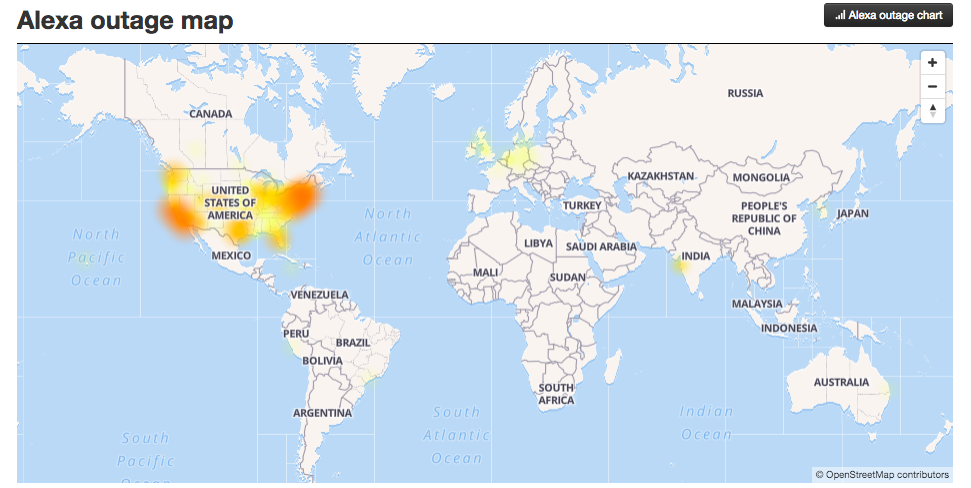 Apple’s iCloud is experiencing issues across more than a third of its services Cloudflare reportedly gearing up for a $3.5 billion IPO next year