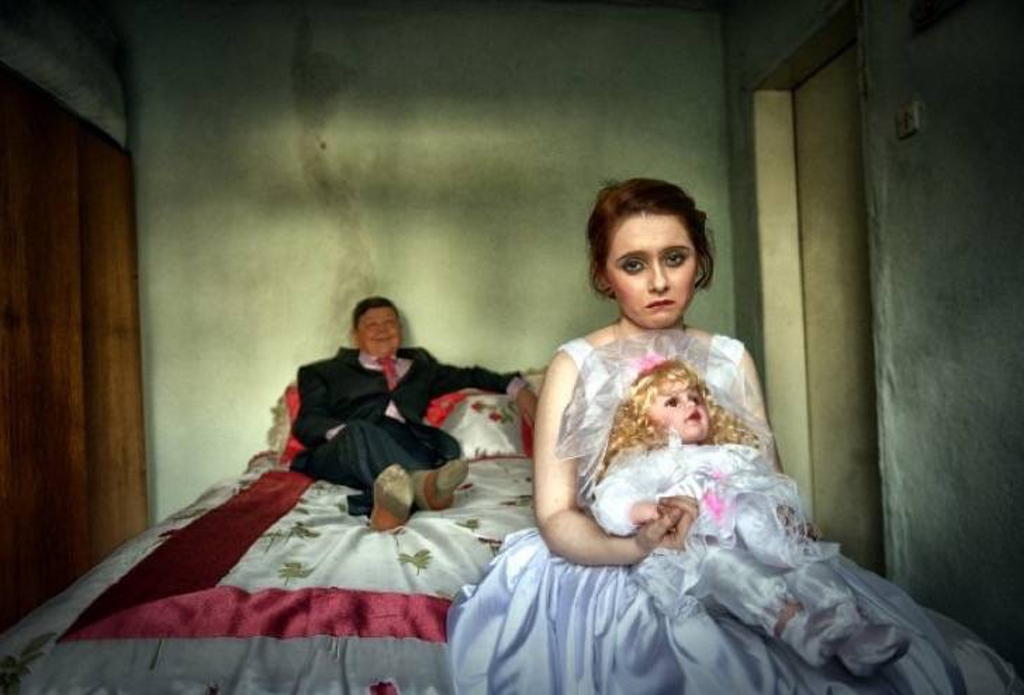 Earlier this week, 17-year-old Egyptian bride who reportedly escaped from her 37-year-old Saudi husband on the first day after their wedding surrendered herself to the police and returned to her husband.

The girl was reported missing on 21 August 2018 by her husband who thought that the girl’s father tricked him and stole his money.

The Saudi Arabian groom reportedly paid EGP 125,000 as a form of dowry and filed a complaint against the father upon the bride’s disappearance. However, the father was allegedly unaware of his daughter’s whereabouts.

Because the legal age for marriage in Egypt is 18 years old, according to the 2008 amendment of Egypt’s Child Law, this ‘marriage’ was likely conducted under the “urfi” contract, an unregistered marriage document that pardons the groom from financial obligations and reserves no rights for the second party.

Although child marriage is illegal in Egypt, neither the groom nor the father suffered any consequences for colluding in this crime. Instead, once the bride returned, the husband dropped all charges against her and her father.

However, it remains unclear on what grounds, given the illegality of child marriage, the Saudi groom planned to pursue the father. Egyptian Streets has been unable to independently verify all of the facts of the story. Nevertheless, the story brought child marriage back in the spot light as one of many social issues that need to be urgently addressed.

This incident is a reminder of why Egypt needs a firmer stance on criminalizing child marriage. In 2017, the United Nations Children’s Funds (UNICEF) reported that 17 percent of girls in Egypt are wed before their 18th birthday.

The epidemic has been spreading as a result of cultural practices, as well as economic reasons. Despite the amended law, which raised the legal marriage age, and various governmental and non-governmental efforts, the practice is still widespread at a fluctuating rate.

In Egypt, the practice is driven by several socio-normative discourses. More than 90% of women in Egypt have undergone female genital mutilation (FGM), another criminalized act, all in efforts to suppress and control female sexuality.

It is customary in many villages to wed their daughters at a young age upon puberty to reserve their family’s “honor”. The earlier the girl is married, the less chances of her exercising premarital sex is often the logic. This vicious practice often deprives girls from pursuing an education, resulting in higher illiteracy rates.

Another driving factor in the country is poverty. To those who lack the financial resources, it is better to send their daughters to a, usually well-off and much older, man’s arm because then they will have one less mouth to feed.

Some financial reasons are much worse. In 2015, there was an increase in reports of non-Egyptian men, mostly from Gulf countries, entering into short-term marriages with underage girls for the purpose of prostitution or forced labor.

Such “marriages” are sometimes arranged for periods of as little as one day ranging to an entire summer. Often, those searching such marriages, referred to commonly as ‘summer marriages’, pay the victim’s family a large sum of money.

In a 2013 statement, Egyptâ€™s Child Anti-Trafficking Unit at the National Council for Childhood and Motherhood said that some girls had been married 60 times by the time they turn 18.

While there is still no legal punishments for those who participate in arranging a child marriage, the government has proposed an amendment to Egypt’s Child Law in June 2018.

The amendment criminalizes the practice and imprisons the father and witnesses who partake in signing the marriage contract for at least a year. The father will also lose all rights to guardianship over his child.

However, even laws may not be enough. The government and non-governmental organisations will need to take appropriate steps to tackle the fact that child marriage is a problem deeply rooted in social practice and tied to many other key issues such as education.