Backtalk: The Myth of Racism Against White People

This week, Dahlia and Amy dig into the trolling of writer and lawyer Sarah Jeong with accusations of racism against white people. Jeong was recently hired to the New York Times editorial board when conservative trolls dug up tweets where she mocked white folks with the likes of #CancelWhitePeople. It’s too bad that punching up with bad jokes about white people isn’t enough to get someone fired because it doesn’t cause concrete harm. Plus, this might be the spiciest Amy vs. Dahliaâ€”text â€œAnimalâ€� to 503-855-6485 to let us know your pick for best pet!

Backtalk: The Myth of Racism Against White People by Bitch Media

Amy is very into the HBO series Sharp Objects starring Amy Adams and Patricia Clarkson. Adams is a reporter who returns to the small town where she was raised to investigate the murders of teenage girls while battling her own demons. The show is dark, quiet, and full of moving performances.

â€œDown Girl: The Logic of Misogynyâ€� lays bare the rhetoric, logic, and structures that allow patriarchy to function and flourish. It is so good.

Do yourself a favor and preorder Black Belt Eagle Scouts album Mother of Our Children (released on Sept 14) for gorgeous tracks like â€œSoft Stud,â€� which was described by Saddle Creek records as â€œan anthem about the hardships of queer desire within an open relationship.â€�

Subscribe to Bitchâ€™s podcasts on iTunes, Soundcloud, or the Stitcher mobile app.

Subscribe to Bitchâ€™s podcasts through our audio RSS feed.

Download an MP3 of this podcast on Soundcloud or just browse our podcast archives here on Bitch Media.

Read this Next: Flaunting Freedom 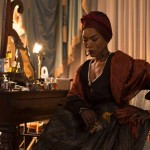 by Princess Gabbara
We cannot discount how enslaved Black women used dress as a form of resistance. 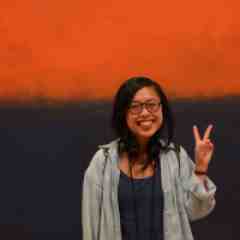