This week, Dahlia and Amy dig into the world of YA drama. Recently, two YA authors have chosen to cancel their own debut novels after being called out by some readers for â€œproblematicâ€� issues in the text. Dahlia and Amy talk about the effects of a cancel culture that demands perfect art. Also, a Petty Political Pminute on what may be the road ahead to 45â€™s impeachment. And Amy vs. Dahlia is debating the worst of the worst: manspreading vs mansplaning! Whatâ€™s your choice? Text â€œManâ€� to 503-855-6485 to let us know what you think!

Dahlia and Amy both loved Netflix’s art-horror film Velvet Buzzsaw. It’s not too scary, plus it has Jake Gyllenhaal and Toni Collette!

In The New Me by Halle Butler, Millie goes from her temp job to her home and back again, repeating an unfulfilling cycle every day. The New Me is a sharp, darkly comedic examination of capitalism, millennial life, and how to escape it all.

This episode of Backtalk is sponsored by Lewis & Clark Collegeâ€™s 38th annual Gender Studies Symposium in Portland, Oregon, from March 13â€“15. Titled â€œWho Cares?,â€� this symposium will examine topics such as reproductive justice, emotional labor, medical care, transnational care work, and care as resistance. Donâ€™t miss out on this exciting series of free lectures, workshops, and panel discussions, an art exhibit, and a keynote talk by acclaimed author Maggie Nelson. Weâ€™ll see you on campus!

Subscribe to Bitchâ€™s podcasts on iTunes, Soundcloud, or the Stitcher mobile app.

Subscribe to Bitchâ€™s podcasts through our audio RSS feed.

Download an MP3 of this podcast on Soundcloud or just browse our podcast archives here on Bitch Media.
Photo credit: Cover of A Place for Wolves by Kosoko Jackson

Read this Next: The Last Big Lean In 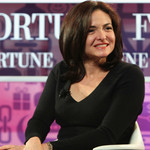 by Alissa Quart
They sold advice to the same ambitious women they were later willing to sacrifice.