Vermont Senator Bernie Sanders is seeking additional information about the working conditions in Amazon warehouses in advance of legislation heâ€™s preparing to introduce on September 5.Â

Income inequality was, after all, the centerpiece of Sandersâ€™ 2016 presidential campaign. It was a populist message that resonated strongly with voters, giving the dark horse candidate a boost among concerned progressives and independents during a tooth and nail primary battle.

But while the message, perhaps, wasnâ€™t enough to put him over the top, itâ€™s a mission thatâ€™s remained central to Sandersâ€™ work on Capitol Hill, finding him taking aim at some of the worldâ€™s largest corporations. In recent months, Amazon has been in the senatorâ€™s sights.

Earlier today, Sanders tweeted out a link asking employees of the online retail giant to share their experiences working for the company. The form allows current and former Amazon employees to share their stories either on the record or anonymously. It asks whether workers â€œstruggle[d] with the demanding working conditions,â€� and whether they required public assistance.

Are you a current or former Amazon employee? Please share your experiences with Sen. Bernie Sanders . https://t.co/fQzm3SuyXA

In a phone call today, Sanders told TechCrunch that his office already knows enough about the working conditions in Amazon warehouses, but is seeking additional information as it prepares to introduce legislation on September 5.

â€œWe know that the median salary for Amazon employees is about $28,000,â€� the Senator told TechCrunch. â€œAnd about half the workers who work for Amazon make less than $28,000 a year.â€�

Itâ€™s easy to see why the company has become a prime target for Sanders. A recent SEC filing put the median salary at $28,446 â€” less than owner Jeff Bezos makes every 10 seconds.

â€œWe have every reason to believe that many, many thousands of Amazon workers in their warehouses throughout the country are earning very low wages,â€� Sanders explained. â€œItâ€™s hard to get this information. Amazon has not been very forthcoming. From what information weâ€™ve gathered, one out of three Amazon workers in Arizona, as we understand it, are on public assistance. They are receiving either Medicaid, food stamps or public housing.â€�

The Senator acknowledges that nothing about what Amazon is doing, on the face of it, is breaking any laws. But the discrepancy between its highest and lowest wage earners is enough for him to call into question why government subsidies are required to buoy those on the bottom rung. This is precisely what the proposed legislation aims to address.

Put simply, Sanders says we have every reason to believe that the richest man in the world can afford to pay employees more.

While Amazon is notoriously tight-lipped about matters these matters, the company has been on the defensive since the senator made it a kind of pet project. Amazon wonâ€™t comment directly on the forthcoming legislation until itâ€™s made official, but the company did provide TechCrunch with comment regarding the blowback.

â€œWe encourage anyone to compare our pay and benefits to other retailers,â€� an Amazon spokesperson told TechCrunch. â€œAmazon is proud to have created over 130,000 new jobs last year alone. These are good jobs with highly competitive pay and full benefits. In the U.S., the average hourly wage for a full-time associate in our fulfillment centers, including cash, stock, and incentive bonuses, is over $15/hour before overtime. Thatâ€™s in addition to our full benefits package that includes health, vision and dental insurance, retirement, generous parental leave, and skills training for in-demand jobs through our Career Choice program, which has over 16,000 participants.â€�

Amazon further suggests that those interested in learning more about warehouse conditions book a tour of one of its fulfillment centers to â€œsee for themselves.â€�Â

A representative from Sandersâ€™ office tells TechCrunch that Amazon invited the senator on a tour of a fulfillment center, and he plans to take the company up on the offer. 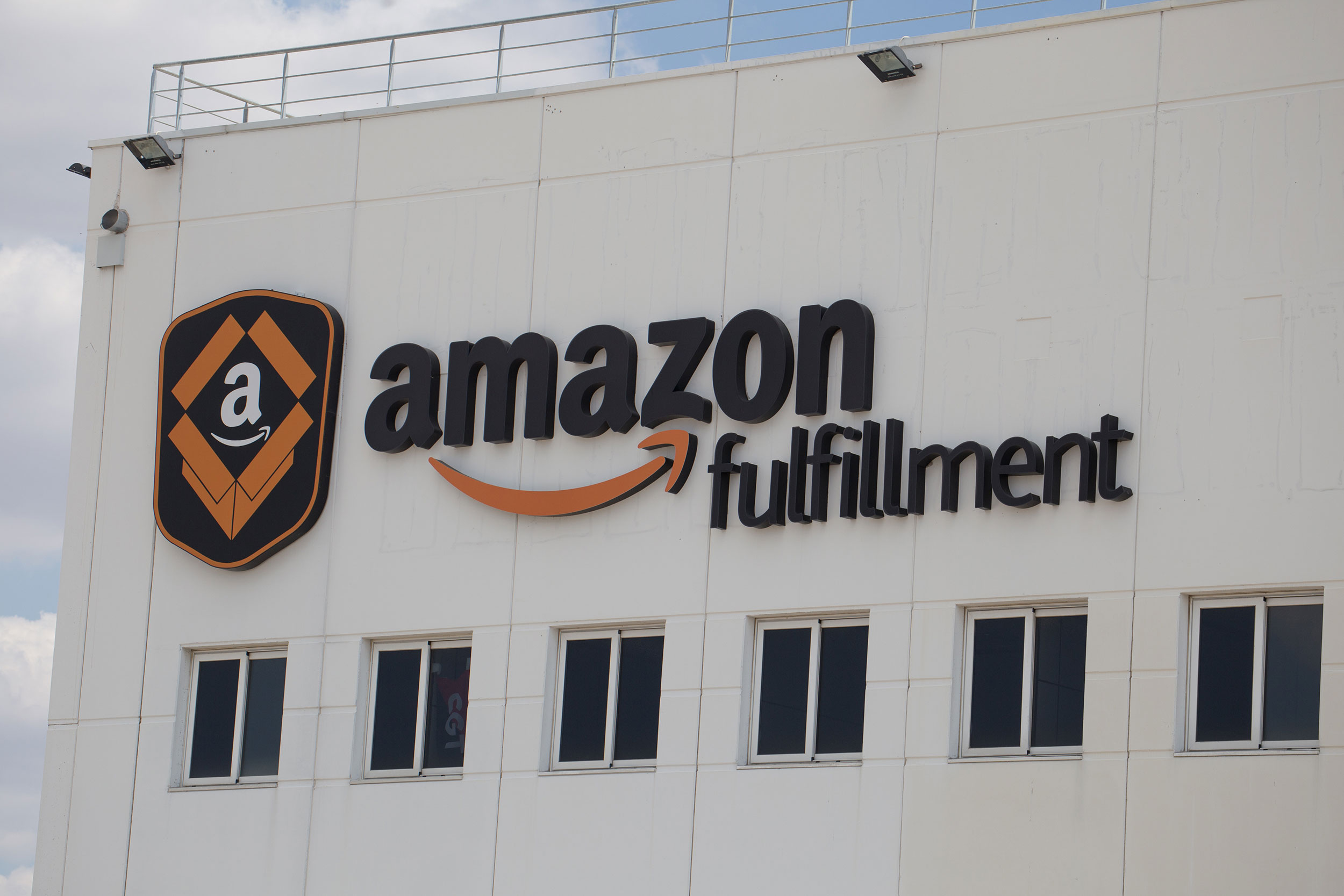 Of course, the concerns over Amazon’s treatment of workers aren’t new. Mother Jones ran an exposÃ© of what it was like working as an Amazon warehouse slave in 2012. In 2013, Gawker published a series of emails from employees discussing life in fulfillment centers citing things like â€œunrealistic goals,â€� â€œvery short breaksâ€� and â€œbelow zero tempsâ€� in warehouses. A protestor cited by The GuardianÂ in 2014 said it was better to be homeless than work for the retailer. And, most recently, Business Insider documented the “horror stories” faced by the Amazon warehouse workers, including nonstop surveillance and so little ability to take breaks, they couldn’t even use the facilities, when needed.Â Â

Amazon has since been on something of a charm offensive in response to those PR headaches.

Last week, there was the odd phenomenon of an army of Twitter accounts claiming to be warehouse workers who were serving up similar talking points.

â€œHello!â€� one wrote, cheerfully. â€œI work in an Amazon FC in WA and our wages and benefits are very good. Amazon pays FC employess [sic] ~30% more than traditional retail stores and offers full medical benefits from day 1. Working conditions are very good- clean/well lit- Safety is a top priority at my facility!â€� 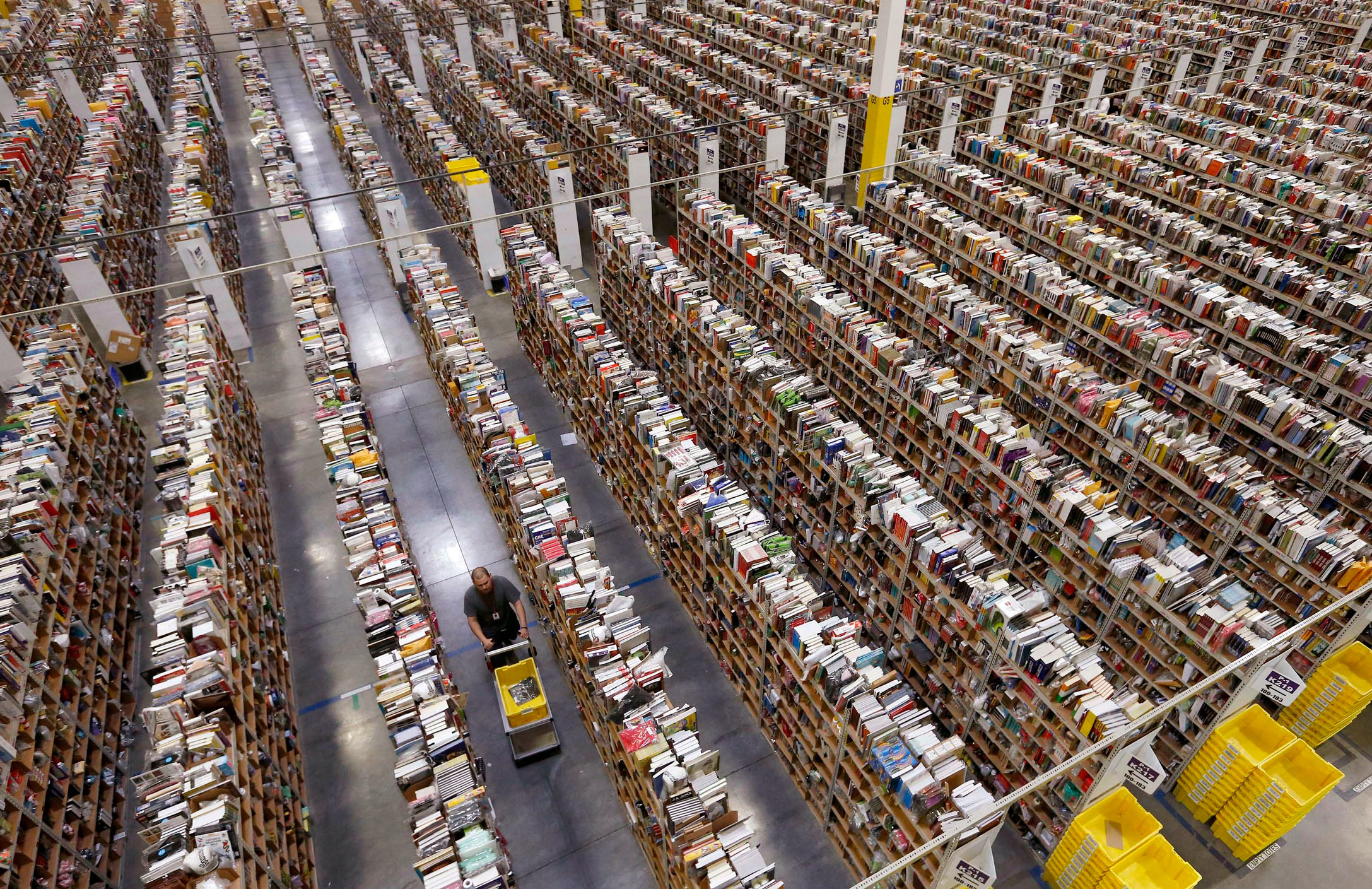 That Amazon positions its own offerings as â€œhighly competitiveâ€� can, perhaps, be seen as something of an indictment of larger issues with warehouse fulfillment. While the company is an easy target, itâ€™s certainly not alone. And Sanders notes that his office is casting the net wider than just Amazon. Disney and Walmart have also been targeted by the senator.

In June, Sanders told a crowd at an Anaheim church, â€œI want to hear the moral defense of a company that makesÂ $9Â billion in profits, $400 million for their CEOs and have a 30-year worker going hungry. Tell me how that is right.â€�Â

A month later, he took to Twitter to call out CEO Bob Iger directly, writing, â€œDoes Disney CEO Bob Iger have a good explanation for why he is being compensated more than $400 million while workers at Disneyland are homeless and relying on food stamps to feed their families?”

Does Disney CEO Bob Iger have a good explanation for why he is being compensated more than $400 million while workers at Disneyland are homeless and relying on food stamps to feed their families?

Earlier this week, however, Disney reached an agreement with the Walt Disney World union to pay workers a $15 minimum wage.

â€œWeâ€™ve seen real progress at the Disney corporation,â€� Sanders told TechCrunch, â€œand I believe that Jeff Bezos can play a profound role in American society today if he were to say, â€˜yes, Iâ€™m the richest guy in the world. I will pay my workers a living wage at least $15 and make sure all of my workers have the security and dignity they need. I will improve conditions.â€™â€�

Amazon and Walmart, meanwhile, remain the two key targets for the impending legislation. With Democrats in the minority in the U.S. Senate, it seems unlikely that a hearing will be called where Bezos would be asked to testify Ã  la Mark Zuckerberg, but the senator plans to go ahead with the legislation next week, regardless.Â Â

â€œThat legislation is pretty simple,â€� explained Sanders. â€œIt says: if you are a large company of 500 or more employees and youâ€™re paying your workers wages that are so low that they have to go on food stamps, Medicaid, public housing, etc., then you have to pay taxes commensurate to how much the government is now spending for that assistance. Itâ€™s going to be the employer – the Jeff Bezos, the Walton family – who will pick up the tab for these public assistance programs, rather than the middle class of the country.”