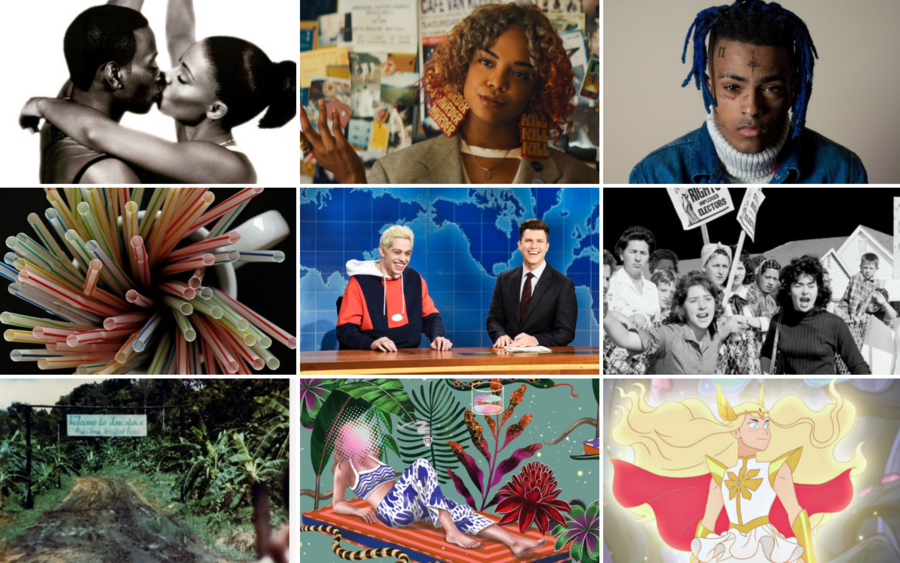 The most-read Bitch stories of 2018

What a year. Bitch Mediaâ€™s most popular stories of the past 12 months reflect our interest in  examining white supremacy, our cultural obsession with celebrity dating, and how to make activism more inclusive and meaningful. And we found some time to get into whatâ€™s so appealing about Catfish, how Sorry To Bother You somewhat missed the mark, and our unending love for Black romance. These were the 10 most-read Bitch stories of 2018, all supported by The Rage, our membership program. By joining The Rage youâ€™ll be taking direct action to keep supporting and uplifting independent feminist media in 2019. 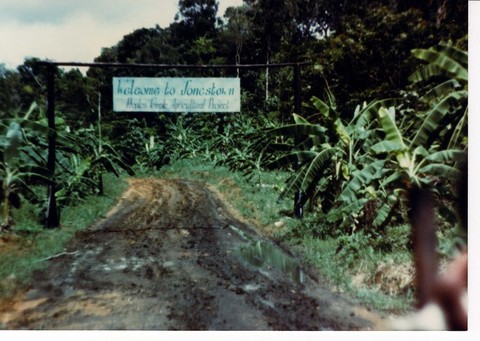 The day Jonestown died, cameras were rolling in the pavilion. NBC footage from the morning of November 18, 1978, shows a tense knot of longtime Peoples Temple members listening with shuttered faces as Jim Jones reassures them of his undying love. Theyâ€™ve chosen to leave the â€œsocialist utopiaâ€� and return to the United Statesâ€”and Jones, despite his loving words, is clearly agitated. Heâ€™s not the only one, though. Look beyond Jones, and youâ€™ll see wary eyes, folded arms, pacing, and huffing. The tension is palpableâ€”which makes the white womanâ€™s calm so extraordinary. [Read More] 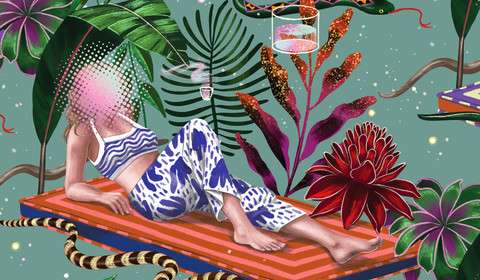 The Heart of Whiteness: On Spiritual Tourism and the Colonization of Ayahuasca

Some things never change. Each generation tends to revisit old spiritual-awakening rituals, with the current wave of radical witches, the self-care movement, and a new era of people of color reclaiming the traditions of their ancestors all emerging as progressive examples. But what definitely isnâ€™t new is white Westerners appropriating spiritual practices from other cultures and commodifying them for their personal enlightenmentâ€”and often, for their personal gain. One such recent â€œdiscoveryâ€� is ayahuasca, a ritual brew native to the Amazon, and the latest trendy tonic for White People Problems. [Read More] 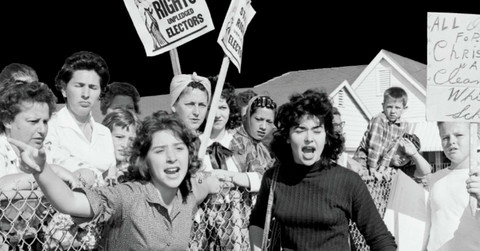 Gather Your People: White Women Must Hold Each Other Accountable For Racism

We know that 53 percent of white women voted for Donald Trump. We know that some white women are so blinded by their privilege, their racism, and a patriarchal system that insists their lives as wives and mothers are â€œpreciousâ€� that they happily carry water for the white men in hoods and iron crosses. We know that some white women march right alongside them in neo-Nazi rallies, drop racial slurs on social media, and push racist legislation in Congress. And we know this has been going on for a long, long timeâ€”well before Trumpâ€™s Klansman father was born. However, viewing white womenâ€™s involvement in perpetuating white supremacy solely through their relationships with men not only denies their agency, but assuages their culpability. As the old saying goes, men talk, women do. [Read More] 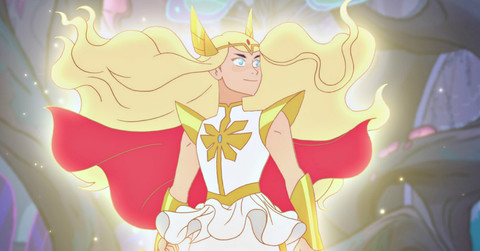 Her Own World: The Unsettling Objections to Teen-Girl Cartoon Reboots

A controversy arose when 16-year-old Sadie Stanley was cast as Kim Possible for a live-action adaptation of the early-2000s Disney Channel show. Like her animated predecessor, Stanleyâ€™s Kim Possible is a self-assured redhead who wears a black top, green khakis, a waist pack, and flat boots. But some adult male critics immediately laid into both Stanleyâ€™s appearance and her more modest costume, unfavourably comparing her to  the midriff-baring, hourglass-shaped cartoon teen. Not only does sexiness belie the point of either characterâ€™s purpose, but the expectation is a symptom of a larger question pervading pop culture and American society in general: What should teenage girls look like, and how should they be treated by older men? [Read More] 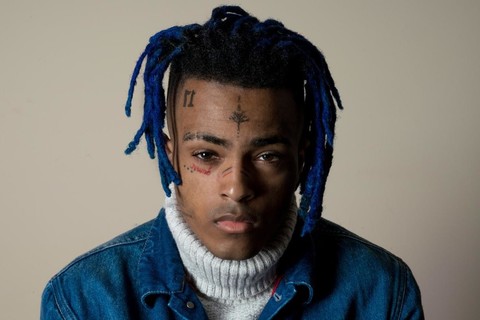 While the hip-hop community is incredibly vocal about systems and structures that intentionally target Black men, its vanguards have been both the perpetrators of or silent about domestic violence and sexual assault, issues that disproportionately impact Black women. In May, Spotify announced a new hate content and hateful conduct policy that would stop the highlighting of music that â€œexpressly and principally promotes, advocates, or incites hatred or violence.â€� Spotify then removed all of XXXTentacion, Tay-K 47, and R. Kellyâ€™s music from promoted playlists, but kept their discographies available for streaming. [Read More] 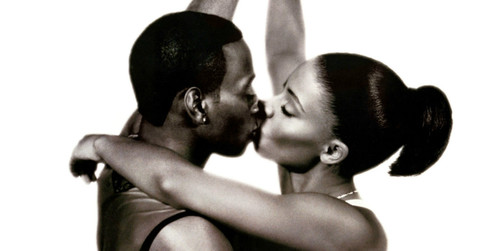 The Love Below: 15 Black Romance Movies You Can Watch This Month

What the Obamas have built in real life is thankfully available to other Black people through cinema. Black romance movies, ranging from raucous comedies to intense dramas, have long captured Black love, showcasing how people come together, fall apart, and come back together again. Since we commemorate both Valentineâ€™s Day and Black History Month in February, thereâ€™s no better time than now to honor those movies that so mirror what we see every time Barack and Michelle Obama look at each other. Black love is a forceâ€”and these movies bring it to life. [Read More] 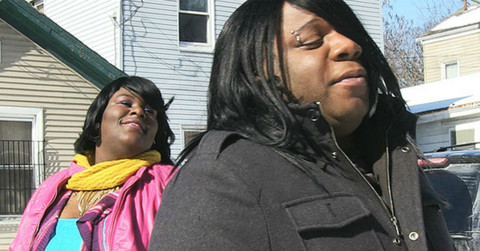 Bait and Switch: The 7 Best Episodes of "Catfish"

Thereâ€™s a lot wrong with Catfish, MTVâ€™s long-running reality show about deceitful people in online relationships. For starters, the show requires cohosts Nev Schulman and Max Joseph, as well as the episodeâ€™s subject, to confront the dishonest â€œcatfishâ€� with often catastrophic and traumatic results. Thereâ€™s also the fact that so many of those who are pretending to be other people online have internalized hurt, particularly around fatphobia and colorism, and the show doesnâ€™t provide an outlet for them to get the help that they need. Combine that with Nev tweeting that â€œ#BlackGirlsRockâ€¦ [but] they also tend to #catfish a lot. Just sayin,â€� and itâ€™s clear that Catfish has far more problems than MTV intended it to when they turned their eponymous documentary into a docuseries in 2012. [Read More] 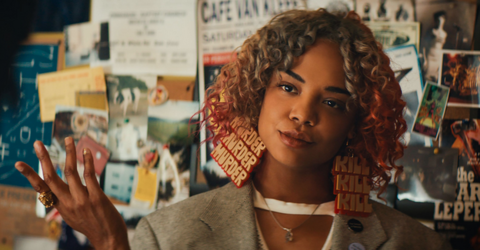 Thereâ€™s a phrase that comes to mind when I think of Tessa Thompsonâ€™s character Detroit in Boots Rileyâ€™s debut feature, Sorry to Bother You: symbolic disrupter. She wears the clothes of a revolutionary. Literallyâ€”her clothes are part of her performance-art aesthetic. In one scene, she wears earrings designed to look like penises; in another, a shirt that reads â€œthe future is female ejaculation.â€� No one comments on it. Even her name, Detroit, invokes a legacy of racial and economic inequality, as well as the rich legacy of organizing to fight it. Detroit carries herself as the physical embodiment of radical Black female resistance, and it seems to be Rileyâ€™s intention that she is. Still, itâ€™s a resistance no one in the film, including her boyfriend Cash (Lakeith Stanfield), the filmâ€™s protagonist, seems to fully acknowledge or address. [Read More] 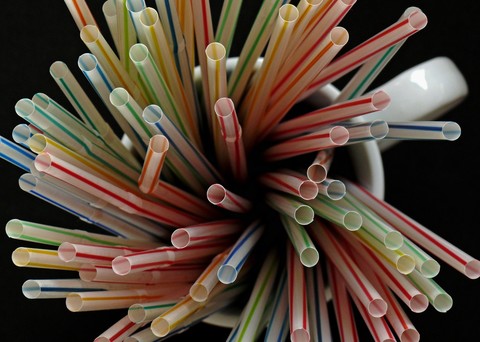 On July 2, Seattle banned plastic straws at â€œall food service businesses, including restaurants, grocery stores, delis, coffee shops, food trucks, and institutional cafeterias.â€� Those who violate the law will be charged a $250 fine. Miami Beach, Malibu, and Vancouver have passed similar bans while California and Hawaii are considering statewide bans. Alaska Airlines, Bon AppÃ©tit (the food service company, not the magazine), the University of Portland, Starbucks, McDonaldâ€™s, Hilton, and numerous other companies are also outlawing plastic straws. Often, these cities and companies are basing their decision on the finding that people go through 1.6 plastic straws a day, but that oft-referenced â€œstudyâ€� was conducted by a 9-year-old who called three straw manufacturers and asked them about the size of their markets. [Read More] 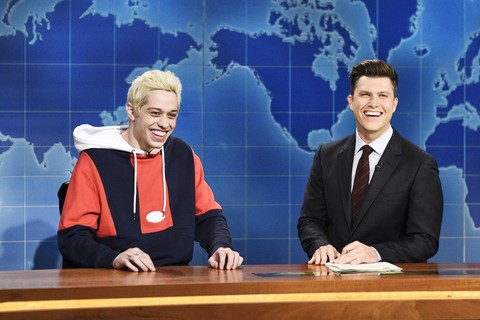 The Parent Trap: Birth-Control Sabotage Is an Insidious Kind of Abuse

On a recent episode of Saturday Night Live, cast member Pete Davidson made a heinous joke about switching his fiancÃ©e Ariana Grandeâ€™s birth control pills with Tic Tacs to force her to stay with him. â€œI believe in us and all, but I just want to make sure that she canâ€™t go anywhere,â€� he said. What Davidson was actually describing, however, is far from a quippy rom-com punchline: Tampering with a partnerâ€™s birth control is called birth-control sabotageâ€”a common form of intimate-partner violence known as reproductive coercion. [Read More]

Read this Next: Bitch's 2018 Douchebag Decrees 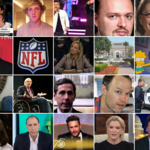 by Dahlia Balcazar
All of this year's douchebags in one place.