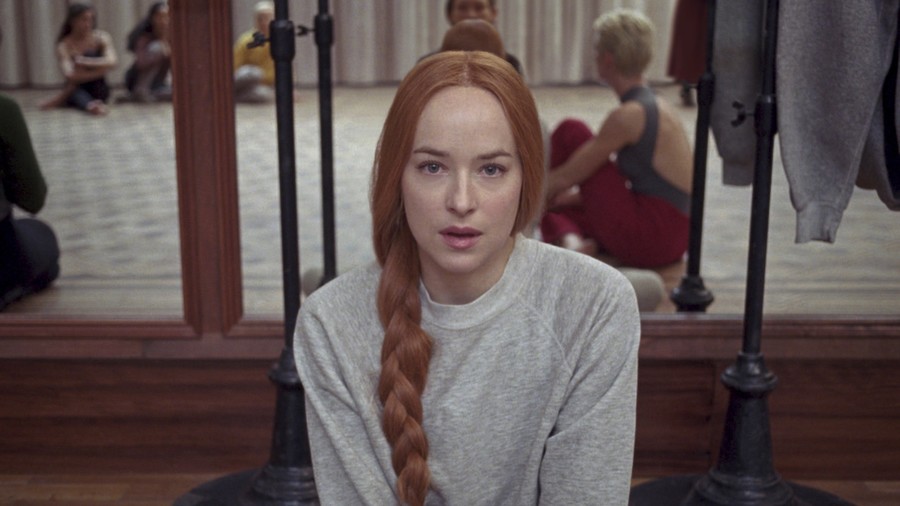 Though itâ€™s always been a successful genre, today, horror is the most popular itâ€™s ever been. In 2012, horror films made up less than 3 percent of total domestic box-office revenue. By 2017, it had more than tripled to $1 billion. Audiences are hungry for big scares, and this yearâ€™s slate of horror films didnâ€™t disappoint.

Many classic horror films have female leads, like Carrie, The Exorcist, Alien, and of course, Halloween. Once audiences are invested in their plights, these characters become iconic. Reflecting on her role as Laurie Strode, Jamie Lee Curtis said, â€œI recognize that it will be my biggest contribution. Despite writing books for children, all of my advocacy, all of my politics, all of my own personal journey, my legacy will be Halloween.â€� From dancing witches to badass Final Girls, hereâ€™s a list of this yearâ€™s best horror films about women to celebrate another good year of scares.

After the disappearance of her husband, Lena (Natalie Portman) joins a crew of all-women military scientists exploring â€œthe Shimmer,â€� a mysterious and growing bubble thatâ€™s being quarantined. Inside the iridescent electromagnetic field, flora and fauna alike mutate and transform; tree vines grow out of the bodies of other explorers whoâ€™d been presumed dead; and the crew quickly realizes they have no idea what monsters might be after them. In addition to featuring Jennifer Jason Leigh, Gina Rodriguez, Tessa Thompson, and Oscar Isaac, Annihilation includes the scariest bear I have ever seen. And if you want even more Shimmer, then read Jeff VanderMeerâ€™s eponymous novel, the first in his Southern Reach Trilogy.

Unsane holds its secrets back until they are the most devastating. The Crownâ€™s Claire Foy stars as Sawyer, a young professional who has just moved to a new town to escape her stalker, David (Joshua Leonard). After a panic attack, Sawyer visits a counselor to talk about the anxiety sheâ€™s felt since fleeing home, and unknowingly signs a release voluntarily committing herself to a 24-hour stay at a psychiatric hospital. Sawyer tries to convince her doctors that theyâ€™re making a mistake, but the more frustrated and agitated she gets, the more they think she should stay for observation. Then Sawyer sees David working at the hospital where sheâ€™s being kept. Director Steven Soderbergh created a startling nightmare out of the medical industryâ€™s practice of disbelieving women.

John Krasinskiâ€™s directorial debut wasnâ€™t just successfulâ€”it landed the biggest box office opening for an original horror film ever. Krasinski costars alongside his wife, Emily Blunt, as a married couple trying to protect their children from vicious and indestructible monsters who use their heightened sense of sound to hunt. Most of Earthâ€™s population has been wiped out, and the Abbott family have only themselves and their wits to rely on. Silent childbirth is already a horrifying conceptâ€”now add hypersensitive beasts determined to eat you alive to the equation.

After her motherâ€™s death, Annie (Toni Collette) is determined to put grief behind her. Sheâ€™s an artist with a show coming up, so she focuses on her macabre domestic miniatures and making sure her children, Peter (Alex Wolff) and Charlie (Milly Shapiro), are alright. Theyâ€™re definitely not. Hereditary is not just about the secrets between mothers and their children, but also the curses we might inherit without knowing. There are several scenes in this movie that will forever be in my nightmares, and I mean that in a good way.

5. What Keeps You Alive

Married couple Jules (Brittany Allen) and Jackie (Hannah Emily Anderson) are spending a romantic weekend in a cabin in the woods, separated from their closest neighbors by a lake. Things seem awry almost immediately, and Jules is forced to brutally reckon with just who she married. Scenes of past marital bliss flood Julesâ€™s mind as she struggles to understandâ€”and outrunâ€”her wife. In addition to starring, Allen also composed the score for the film. What Keeps You Alive is a welcome addition to the queer horror canon.

The 11th installment in the Halloween franchise has the original Final Girl Laurie Strode (Jamie Lee Curtis) coming back to settle the score. Set 40 years after the original film, Laurie is obsessed with Michael and protecting herself from him. When Michael comes after Laurie again, her daughter, Karen (Judy Greer), and teenage granddaughter, Allyson (Andi Matichak), help her fight back. Hands clasped together, the Strode women take Michael down.

This year, Call Me By Your Name director Luca Guadagnino reimagined Dario Argentoâ€™s 1977 cult classic about a ballerina trapped in a dance academy run by a coven of witches. Dakota Johnson stars as ingenue Susie, but the real showstopper is Tilda Swinton as she was meant to be, in not one but three roles: ballet teacher Madame Blanc, psychiatrist Dr. Josef Klemperer, and head witch Helena Markos. Unlike the original, this new iteration of Suspiria focuses on the powers that Susie seems to be naturally developing (dancing, magic, dance-magic) in her new occult boarding school.

Read this Next: The Feminist Power of Female Ghosts

by Andi Zeisler
The female ghost is an enduringly fascinating figure.