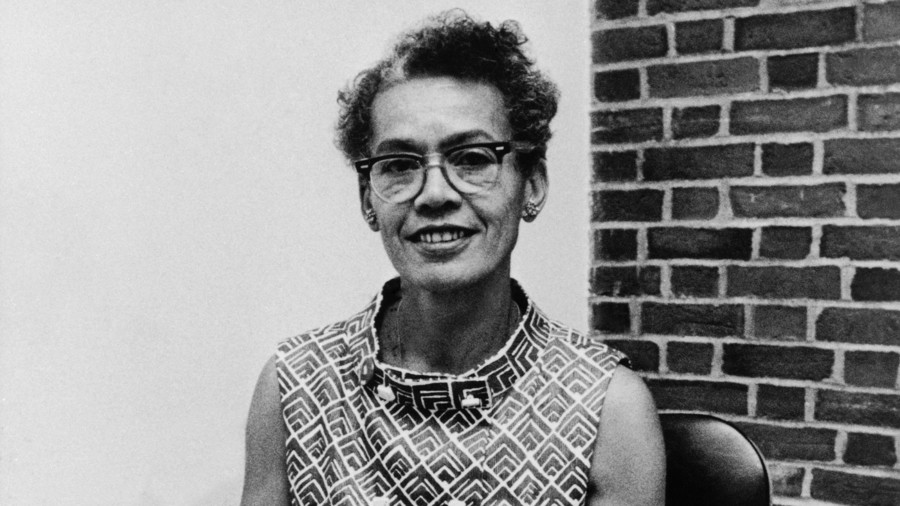 In On the Basis of Sex, the forthcoming movie about Ruth Bader Ginsburgâ€™s journey into law, RBG (played by Felicity Jones) holds a moot court in her apartment to prepare for Moritz v. Commissioner, her first big case and the beginning of her lifelong fight against sex discrimination. One of the moot court judges is Dr. Pauli Murray (Sharon Washington), an African American lawyer, activist, poet, and priest, whoâ€™s wearing a truly terrific pink pantsuit. â€œPauli would have been upset about that pink suit,â€� Rosalind Rosenberg, Professor of History Emerita at Barnard College, and Murrayâ€™s biographer tells me. In fact, â€œPauli never visited Ginsbergâ€™s apartment and certainly did not serve on a moot court as a judge, but itâ€™s a biopic, and I think itâ€™s a visually defensible way into the picture. But [as] a historian, if this was a documentary, I wouldâ€™ve protested because this never happened.â€�

I was thrilled to see Murray in On the Basis of Sex, even if the film rewrote some of history’s details. (The movieâ€™s screenwriter is RBGâ€™s nephew, Daniel Stiepleman, and a generous defense would suggest the inclusion is a tribute to those his aunt admired most.) I have been fascinated by Murrayâ€™s life, career, and why sheâ€™s been so overlooked and underknown since I stumbled across an article about her a few years ago. Anna Pauline â€œPauliâ€� Murray was born into a mixed-race family in Baltimore in 1910, orphaned at the age of 3, adopted by her aunt, and raised in the Episcopal church in Durham, North Carolina, before becoming an influential civil-rights lawyer. Despite her accomplishments, when I visited the movieâ€™s IMDb.com page, I found neither Sharon Washington nor Murrayâ€™s names listed. â€œGuy #1â€� and â€œGuy #2,â€� however, are.

In some ways, the most effective way to tell Murrayâ€™s story would be a Whereâ€™s Waldo? picture book of all the significant social-justice moments in American history during the middle of the 20th century, and then try and spot her. Sheâ€™s hard to see, but if you look really, really closely, sheâ€™s there. For example, her final law school paper on race discrimination made its way to Thurgood Marshall, who upon reading it, decided to â€œshift course,â€� apply Murrayâ€™s thinking, and â€œattack segregation directly as a violation of equal protection in Brown v. Board of Education in 1954,â€� writes Rosenberg.

In the 1960s, Rosenberg continues, Murrayâ€™s â€œattack on federal government for failing to protect women against gender discrimination persuaded Betty Friedan to join her in founding a NAACP for women, which Friedan named NOWâ€”the National Organization of Women.â€� And thereâ€™s more: â€œIn the early 1970s, Murrayâ€™s concept of Jane Crowâ€”the depiction of gender discrimination as analogous to race discrimination,â€� what KimberlÃ© Williams Crenshaw coined as intersectionality in 1989, â€œpropelled RBG to her Supreme Court victory, establishing a womanâ€™s constitutional right to equal protection in Reed v. Reed.â€� (RBG named Murray and Dorothy Kenyan coauthors because their thinking was so influential to her case.) And finally, in the late â€™70s, Murray became the first Black female Episcopal priest. She also had a 23-year-long friendship with Eleanor Roosevelt, served on President Kennedyâ€™s Commission on the Status of Women, and was arrested in Virginia in 1940 for refusing to sit on broken bus seats. So, just why is she so hard to spot?

Murray’s behind-the-scenes influence started young. â€œShe was practically born a protester,â€� Rosenberg says, protesting when her grandfather got more pancakes and in her high-schoolâ€™s newspaper when segregated Black schools didnâ€™t have access to modern French textbooks. When she graduated from college, she became active in the labor movement. Her fire was fueled when she was rejected from graduate school because of her race, and once she was accepted into law school, she was discriminated against for being a woman. She left the board of NOW because she believed that Friedan was excluding the poor from its mission; her friendship with Roosevelt began when Murray was trying to save a Black sharecropper facing the death penalty; and one of the reasons for her move into priesthood, was because, as Rosenberg says, â€œthe church was the final frontier, the last major institution that refused entry to positions of power categorically to females.â€�

This life of protesting came from a place of incredible hardship: She was impoverished from childhood until her death; she had severe mental-health issues and was diagnosed with schizophrenia in her 30s; and she was carrying the burden of keeping her thoughts about gender hidden. â€œI could not find one single living person who Murray had confided in about her wish to be a man,â€� Rosenberg says. Central to understanding Murray is what Rosenberg describes as Murrayâ€™s feeling of â€œin between, outwardly female but inwardly male.â€� Revealed in the 135 boxes of papers Murray left to the Schlesinger Library when she died in 1985, and which took Rosenberg 20 years to get the permission to quote from, is Murrayâ€™s struggle with what we would call today a transgender identity. What began as early as 8, when Murray asked her aunt Pauline to buy her boysâ€™ clothes, became a lifelong journey that involved invasive surgery to see if she had â€œsecreted male genitals.â€�

She asked repeatedly for hormones that she knew some young men were starting to receive. (â€œI always thought it was revealing that doctors at the time had no difficulty giving hormones to emphasize binary distinctions but they were dead set against giving hormones to elide those distinctions,â€� Rosenberg says.) From the 1930s, she read extensively about sexology, as it was known in the scientific community at the time, and came across the notion of â€œpseudo-hermaphroditism,â€� a now redundant clinical term for what we call intersex. She insisted on being called Dr. Murray or Dr. Reverend Murray and asked people not to call her mother when she became a priest. (On writing her biography, the use of pronouns was a â€œstruggleâ€� for Rosenberg and she rewrote chapters with various versions. But for Rosenberg, pronoun choice is a modern notion, and â€œhistorians try never to be presentist and use the language of today for the past.â€�)

Murrayâ€™s refusal to conform, and her public identity as a lesbian, mixed-race woman who rejected gender norms, helps explain why this influential legal thinker and activist trailblazer is so little known. â€œYou couldnâ€™t be a leader as a gender ambiguous firebrand, as Pauli was. She was too forceful, too disagreeable,â€� Rosenberg says. â€œHer activism began so earlyâ€”in the â€™30s, the â€™40s, and the â€™50s. By the time she comes into her own, by the mid 1960s, she says, â€˜I speak for my race and for my people, the human race and just people,â€™ but you couldnâ€™t be like that and have organizational influence by the mid â€™60s. You had to be a Black nationalist if anyone is going to listen to you.â€�

Today, Murray is slowly creeping into the public consciousness: Yale named two residential colleges after her in 2016; Rosenbergâ€™s biography was published in 2017; Murrayâ€™s collection of poetry was published in 2018; and of course, she has her first movie cameo in On the Basis of Sex. The house Murray lived in as a child in Durham was named a National Treasure by the National Trust for Historic Preservation in 2017, a National Historic Landmark by the Department of the Interior in 2017, and there are plans to transform the house into the Pauli Murray Center for History and Social Justice by 2020. Rosenberg also tells me that Hollywood has come knocking, interested in giving Murray her own biopic. Perhaps maybe then sheâ€™ll get her IMDb.com mention, and this time there wonâ€™t be a pink pantsuit.

And perhaps weâ€™re ready for Pauli Murray at long last: â€œHistory has finally caught up to Pauli,â€� Rosenberg says. â€œYou can be a hero who is a mixed-raced, genderfluid, trans-identifying person now in a way that was not possible before.â€�

Read this Next: Big Time 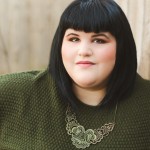 by s.e. smith
â€œPuddinâ€™â€� takes readers back to the small town made famous inÂ â€œDumplinâ€™â€�.