Briq, the next building block in tech’s reconstruction of the construction business, raises $3 million

Bassem Hamdy has been in the construction business for a long time.

He spent the last few years at the construction software business Procore, now a $3 billion company developing technology for the construction industry, and now Hamdy is ready to unveil his next act as chief executive and co-founder of Briq, a new software service for the industry.

Hamdy started Briq with his own cash, amassed through secondary sales as Procore climbed the ranks of startups to reach its status as a construction industry unicorn. And the company has just raised $3 million in financing to fund its expansion.

“With enough secondaries you can afford to make your own decisions,” Hamdy says.Â

His experience in construction dates back to his earliest days. Hailing from a family of construction engineers, Hamdy describes himself as a black sheep who went into the financial services industry — but construction kept pulling him back.

Beginning in the late nineties with CMIC, which was construction enterprise resource planning, and continuing through to Procore, Hamdy has had success after success in the business, but Briq is the culmination of all of that experience, he says.Â 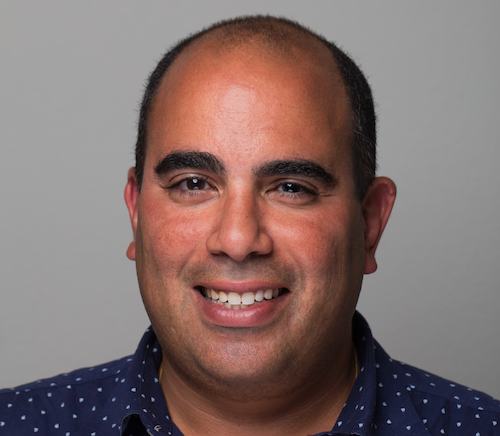 Already, Procore is a $3 billion behemoth, and ServiceTitan has become a billion-dollar company as well, with its software and services for air conditioning and appliance repairmen.

Now Hamdy’s Briq, with backing from Eniac Ventures and MetaProp NYC, is hoping to join their ranks.

The company, formerly called Brickschain, uses a combination of a blockchain-based immutable ledger and machine learning tools to provide strategic insights into buildings and project developments.

Briq’s software can predict things like the success of individual projects, where demand for new projects is likely to occur and how to connect data around construction processes.

Briq has two main offerings, according to Hamdy. ProjectIQ, which monitors and manages individual projects and workflows — providing data around different vendors involved in a construction project; and MarketIQ, which provides market intelligence around where potential projects are likely to occur and which projects will be met with the most demand and success.

Joining Hamdy in the creation of Briq is Ron Goldschmidt, an experienced developer of quantitative-based trading strategies for several businesses. Hamdy, a former Wall Streeter himself, has long realized the power of data in the construction business. And with the new tools at his disposal — including the blockchain-based ledger system that forms the backbone of Briq’s project management software, Hamdy thinks he has developed the next big evolution in technology for the industry.

Briq already counts Webcore, a major contractor and developer, as one of its clients, along with Kobayashi, Probuild, Hunter Roberts OEG and Gartner Builders. In all, the company has contracts with nearly 12 developers and contractors.

All of the insights that Briq can provide through its immutable ledger can add up to big savings for developers. Hamdy estimates that there’s roughly $1 trillion in waste in the construction industry.

Briq relies on IBM’s Hyperledger for its blockchain backbone and through that, the company has a window into all of the decisions made on a project. That ledger forms the scaffolding on which Briq can build out its projections and models of how much a building will cost, and how could conceivably be made on a project.

â€œConstruction and infrastructure are integral to society, but the decision-making process behind how, when, where, and why we build is no longer working,â€� said Hamdy, in a statement. â€œWe arenâ€™t just solving a construction problem, we are solving a societal problem. If we are to meet the infrastructure needs of both the developed and developing world, we must improve our decision-making and analysis around the data we have. We are thrilled to have the support of Eniac Ventures as we enter the next phase of our journey.â€�