“Congratulations, You Are Now A Woman” But Don’t Let Anyone Know 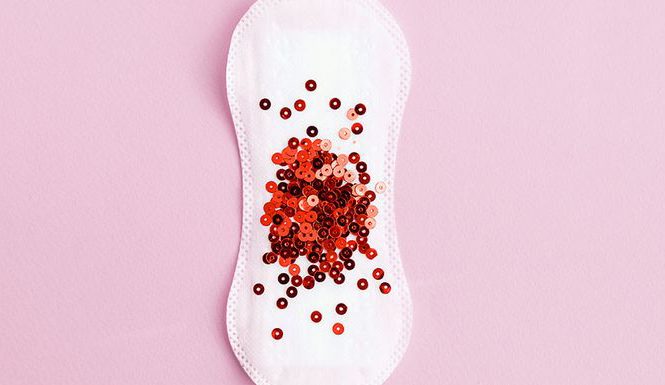 Periods. No, not the punctuation mark but menstruation. What ought to be a celebrated and universally understood as a natural event, ends up being the bane of every woman’s existence due to stigma. A woman’s cycle, and all the accompanying glorious details, is one of the big unmentionables not only in Egypt, but in many parts of the world still today.

For those who are unaware, a woman’s menstruation cycle begins when the female body starts preparing for pregnancy. Menstruation, or the period, is a natural monthly discharge of the blood and lining of the uterus as a result of an unfertilized egg. The period is regarded as one of many turning points in a womenâ€™s life. It is when a girl â€œofficiallyâ€� becomes a woman. It can start at an age as young as 9 and goes on until menopause, which is usually in the 50s.

It is important to mention that there are many misconceptions about womenâ€™s periods that mainly result due to overall ignorance regarding biology and sexual education. It is no surprise that a somewhat conservative society, like the one in Egypt, tries to conceal anything that may lead one to talk about a female’s anatomy lest it leads to promiscuous behavior. 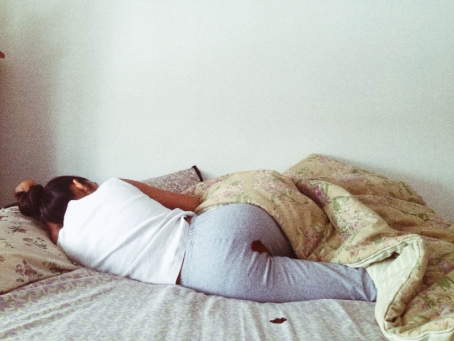 What is even more troubling is that women, whose are the ones whose bodies go through the preparation of a child every month, often do not have access to sex-ed. Why is this relevant? Because I am sure that as a woman, we women share â€œmy first periodâ€� stories with friends only to realize that this significant first time event has usually ended up in tears, confusion and shock. Sure, as an adult it is amusing to recollect the naivety and our reaction to that moment; we might even joke about the ignorance, but why were we ignorant to begin with?

“My mom is very shy when it comes to talking about intimate things so she has never discussed my period beforehand nor has she talked to me about other stuff like shaving and all,” says Karima*.

Many parents try to avoid â€œthe talkâ€� with their children, specifically daughters, for as much as possible because they believe it is â€œinappropriateâ€�. Beyond the â€œcongratulations, you are now a woman! Here is how you use a pad,â€� there is nothing further to discuss. Many girls do not know what periods are until years after they get it. Some mothers shame their daughters if they ask questions about their body, others try to guide them through the mess that is puberty. 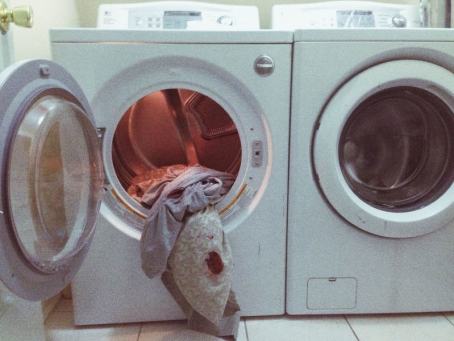 Lara* recalls,”when I first got my period, I felt something moist. I didn’t understand what that was. I thought I must’ve peed on myself and I didn’t notice. I pulled down my pants and sat on the toilet and saw red dots on my underwear. I started calling for my mum; I thought I was dying!”

This is, unfortunately, the reaction of most girls who get their periods. Salma* shares how she went to take a shower and thought she had an accident and Hana* says that she thought she was “injured and started crying.”

This lack of education on the matter automatically leads to instilled shame. If no body is talking about it, then it must be wrong. As dictated by society, this is just one of the many â€œshamefulâ€� things in the female body. Some mothers advice their daughters to hide their pads and/or tampons from their male siblings. Some girls feel too ashamed to ask their fathers for pads from the super market. Others feel too embarrassed in a public space with a pad on their hand. “I would never walk around with a pad on my hand, because I will get really weird and uncomfortable looks from people,” emphasizes Manar*.

Although a woman’s period is not as direly perceived as in other countries, such as in Nepal where some women are banned to menstruation sheds or stay with cattle, the stigma is still strong. Women whisper when saying ‘period’ or ‘pads’; they are asked to not talk of ‘such things’ in front of male family members and to discreetly hide after themselves after going to the bathroom.

Moreover, women are encouraged to lie during Ramadan, the holy month in which Muslims fast bar for those who are pregnant, ill or menstruating, lest others understand their situation. Fueled by some religious discourses, it is not solely an Egyptian thought that women who menstruate are ‘filthy’ but it is not correct nonetheless. 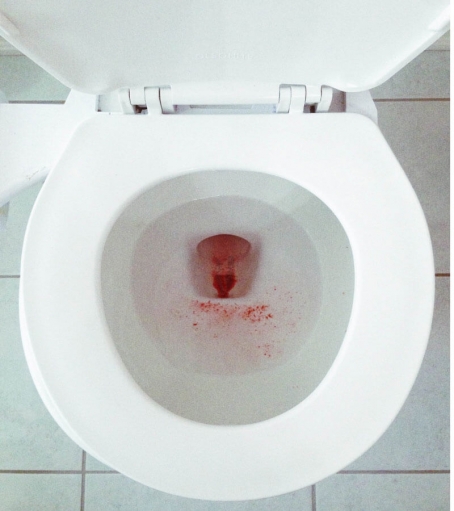 On the other hands, there are women who are extremely comfortable talking about their periods publicly. Creating an open conversation about periods with other women and men normalizes the topic. To this, Yasmin says*, â€œI talk about my period especially if it makes some men feel uncomfortable out of spite; itâ€™s a natural thing! Why should I hide it just because it makes them uncomfortable?â€� She continues, â€œI walk around with a pad in my hand and do get weird looks from both women and men, but I couldnâ€™t care less.â€�

Rather than remaining in the dark, men should take these conversations as an educational opportunity. It is shocking how little men know about the female reproductive system beyond the vagina.

If they were lucky enough to receive sex-ed, boys are only thought about the male reproductive system. While I was discussing men’s limited knowledge about periods with a few women, Sara mentions how “one of my friends texts me the other days and he’s like let’s go to the pool. So I tell him no I can’t, I have my period. He says ‘but it’s the 17th, don’t girls get their period at the beginning of every month?’”. On another occasion, I saw a tweet that said “a man thought that periods lasted a month.” Another Twitter user mentioned how she met a guy who thought women can turn their periods on and off “like a tap.”

Just went on a date with a guy that thought periods lasted a month.

Like, all jokes aside, it’s actually scary how little men know about periods. I met a guy once who thought that women could control their periods: like turn it on and off like a tap. pic.twitter.com/XGngssGc5o

Puberty is a difficult time for every child. It is indeed a turning point in their life. We are often confused and excited with the changes our bodies experience. It is important to understand, especially for girls, how to handle their first period and be surrounded by a community that makes room for shameless questions.

I know for a fact that my puberty years were much smoother because I was well-prepared for it. While sometimes I do get upset that I do not have a dramatic â€œfirst periodâ€� story to share at a â€œgirl talkâ€� gathering, I am happy that I was lucky enough to have a supportive system to guide me through what is often regarded as a somewhat traumatic experience.

*Most names have been changed to respect the source’s anonymity, further establishing a point that many women still feel uncomfortable talking about the subject.