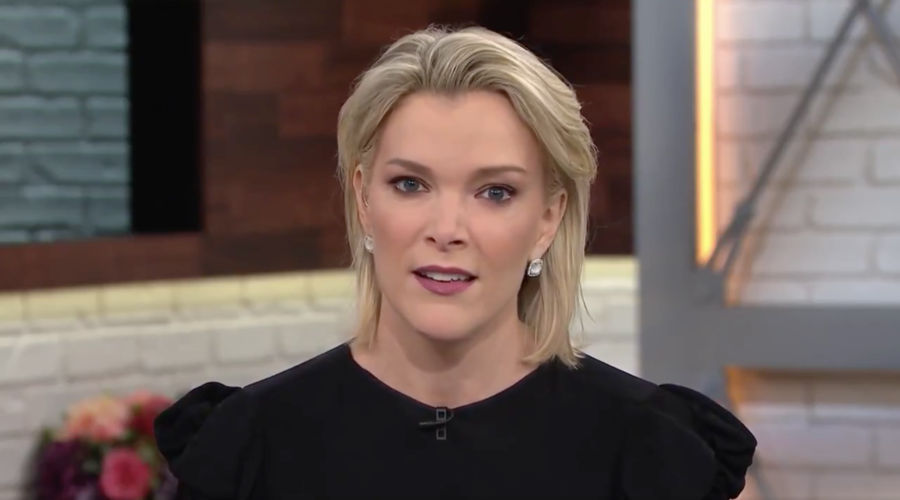 Next Monday, there will be a silence at Rockefeller Center. In the midst of producers and journalists busily working to report the news, someone will be missing. Megyn Kelly wonâ€™t be there to anchor her hour of the Today show because she has been cancelled.

One year and one month ago I predicted this would happen because Megyn Kellyâ€™s show was 60 minutes of Beckery. Perhaps most famously, her interview with Jane Fondaâ€”which happened during the first week of Megyn Kelly Todayâ€”was a total disaster.

Jane Fonda with a flawless example of how to side-step personal questions during an interview pic.twitter.com/0YgfUYN9nF

Earlier this week during a segment on â€œpolitical correctnessâ€� and Halloween costumes, Kelly was bewildered by the idea that dressing in blackface could be offensive. â€œWhat is racist?â€� Kelly asked. â€œBecause truly you do get in trouble if you are a white person who puts on blackface at Halloween or a Black person who puts on white face for Halloween. Back when I was a kid, that was okay as long as you were dressing up as like a character.â€� (This from the person who has passionately argued on national television that Santa â€œjust isâ€� white.)

The next day, Kellyâ€™s Today colleague Craig Melvin called her comments as â€œracistâ€� and â€œignorant.â€� The internet concurred, and on Wednesday, Kelly apologized for her aggressive obtuseness about the history and purpose of blackface, saying, â€œThe country feels so divided and I have no wish to add to that pain and offense. I believe this is a time for more understanding, more love, more sensitivity and honor.â€� Itâ€™s not a good apology, but it will make your eyes roll uncontrollably.

"I want to begin with two words, I'm sorry..The country feels so divided and I have no wish to add to that pain and offense. I believe this is a time for more understanding, more love, more sensitivity and honor..Thank you for listening and for helping me listen too." Megyn Kelly pic.twitter.com/6hHrvZLNvK

By Thursday morning, the writing was on the wall: Megyn got cancelled.

Kellyâ€™s lawyers are meeting with NBCâ€™s lawyers today to discuss the logistics of her exit, and are expected to bring up MSNBC anchor Joy-Ann Reidâ€™s homophobic blog posts and Real Housewives of New York City star Luann de Lesseps, who dressed in blackface as Diana Ross, but is still employed by NBCUniversalâ€™s Bravo network. Bringing up other people who have also done bad things as a way to get out of trouble is the ultimate Becky move, and presumably this tactic is meant to suggest that Megyn Kelly isnâ€™t being treated fairly.

Video of 7 of Megyn Kelly's Worst Moments On Race

In a way, thatâ€™s definitely true. Kellyâ€™s treatment has been a lesson in the perks of white privilege and mediocrity, not fairness. Even though sheâ€™s most likely leaving NBC for good, sheâ€™ll be taking a hefty sum of payout money with her.

Kellyâ€™s assertion that she didnâ€™t know blackface is offensive is frankly, implausibleâ€”she brought the topic up during a â€œroundtableâ€� on political correctness and Halloween! â€œIâ€™m a little fired up over Halloween costumes this morning. Truly political correctness has gone amok,â€� Kelly said at the beginning of the segment. â€œThe costume police are cracking down like never before!â€� she added. Kellyâ€™s race-baiting, fearmongering, and reactionary rhetoric has been her m.o. for decadesâ€”the difference now is that her normal tricks backfired because they donâ€™t play to her new audience at NBC.

Kelly has had her own TV show since 2010, and in that time sheâ€™s said a lot of racist shit. Knowing that, NBC offered her a $70 million deal in an attempt to cater to a conservative audience they were worried about losing. Taking her off Today is NBC trying to cover their ass for the embarrassing mistake of hiring her in the first place. â€œThere is no other way to put this, but I condemn those remarks, there is no place on our air or in this workplace for them. Very unfortunate,â€� NBC News chairman Andrew Lack said of Kellyâ€™s defense of blackface on Wednesday.

Indeed. Itâ€™s very unfortunate when people are paid millions of dollars to behave in exactly the ugly way they always have.

by Amy Lam
Bustle is still trying to hustle you.