Easyship, a Hong Kong-based startup that aims to make international shipping for e-commerce as easy as payments, has closed a $4 million Series A round.

The company was founded in 2015 by former Lazada duoÂ Tommaso Tamburnotti and Augustin Ceyrac, and ex-banker Paul Lugagne Delpon. From their time with Lazada, the then-Rocket Internet -owned e-commerce site in Southeast Asia that was later bought by Alibaba,Â Tamburnotti andÂ Ceyrac came to realize that there was no ‘plug in’ solution for shipping in the same way that Stripe and others enable payments online.

In Lazada’s case, that was crucial. The company was trying to enable cross-border commerce in Southeast Asia and, as a part of that, seek out retailers in more mature markets like China. But, if sending product to Indonesia — Southeast Asia’s largest country with a population of over 250 million — was fraught with challengers, then both retailers and consumers would be put off using the service.

That’s how Easyship was born. Today, the startup works with over 250 services from some 50-plus couriers, it also deals with the likes of Amazon, Shopify, eBay, Etsy, Magento and more. Its team of more than 50 people is spread acrossÂ offices inÂ New York, Singapore, theÂ Netherlands, Australia, and Hong Kong.

Its service adds shipment options to e-commerce pages to make it simple for retailers to offer overseas shipping, and customers to receive product in any market. They simply input a line of code, which then offers international shipping options for customer when they check out.Â Not only does it simplify shipping routes but Easyship claims it can help cut shipping costs by up to 60 percent. Its base of 40,000 SMBs have seen their overall sales increase by 40 percent on average.

“We saw there was an opportunity when we couldnâ€™t find a solution that was a gateway for international
shipping,” Ceyrac said in a statement.Â “For example, itâ€™s easy for sellers to find payment gateways that can be activated inÂ minutes so they can start accepting all major forms of payment. Yet, there was no equivalent tool for logistics,Â where you could just mobilize on global sales.”

“At the time, the only choices for small business owners were to useÂ large enterprise solutions that were meant for Fortune 500 companies, or to integrate with multiple players toÂ achieve a truly global solution,’ he added. 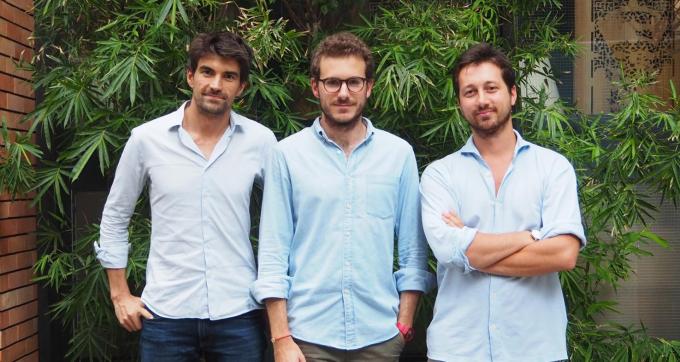 Tamburnotti told TechCrunch that the new funds will go towards developing the company’s technology — which helps to find cost-effective shipping routes — as well as adding more shipment and logistics partners, and reaching more customers, particularly in the U.S.

The sources of the round are interesting in themselves, too.Â Maximilian Bittner, who founded Lazada and was its long-time CEO, led the deal alongside Richard Lepeu, the former CEO of luxury firm Richemont and a board member of Yoox Net-A-Porter Group. Existing investor Lamivoie Capital Partners and funds Rubicon Venture Capital, One Way Ventures, Kima Ventures and Picus Capital also joined the round. 500 Startups is another investor in the business.

Easyship’s solution is so logical it almost seems obvious, but it is a business that has been created because it is outside of the U.S. and Silicon Valley. U.S. e-commerce firms have woken up to overseas opportunities, but they tend to be focused on obvious and huge markets like China. Logistics to other parts of the world are fiddling (it’s hugely fragmented) and likely not worth the initial investment unless the investment in a patient one.

But, for Easyship’s founders, the issue of fragmented logistics in Asia became such a critical one that they jumped ship from their full-time jobs — with the blessing of their CEO, Bittner — to tackle the problem. The firm is making ambitious moves in the U.S., having opened a New York office this year, and it’ll be a company to watch. The company has already fielded acquisition offers, but it is aiming to stay independent and grow its share of the U.S. market by enabling retailers, and particularly smaller players, to expand their sales globally.