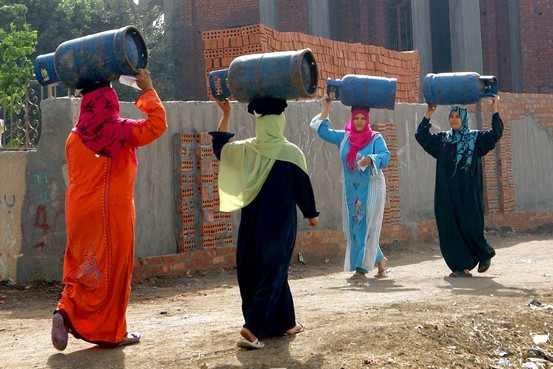 Egyptâ€™s cabinet announced on Saturday that natural gas prices for home and commercial use would increase by between 33.3 and 75 percent in August, as stated by the official gazette.

Gas consumption of up to 30 cubic meters was raised by 75 percent, setting its new price at 0.175 Egyptian pounds per cubic meter.

The news comes amidst a series of tough measures taken last month, which saw Egypt raise fuel prices to meet the IMF loanâ€™s reforms that aim to remove fuel subsidies.

Egypt secured a three-year $12 billion bailout loan in 2016 from the International Monetary Fund by taking multiple measures including slashing subsidies, imposing a value-added tax and a currency flotation. Although the economists and business praised the tough austerity measures, poor and middle-class Egyptians find difficulties in adapting to the new prices.

Following the 2011 unrest associated with the ruling of Hosni Mubarak, Egyptâ€™s economy is said to be still recovering as Egyptâ€™s President Abdel-Fattah el-Sissi declared that Egyptâ€™s spending to cover fuel, food and electricity is measured to be $18.6 billion a year.

While President Abdel Fattah al-Sisi assured the Egyptian population that the country is on â€œthe right trackâ€� with its reforms, there are still expectations that these decisions may enflame popular discontent.