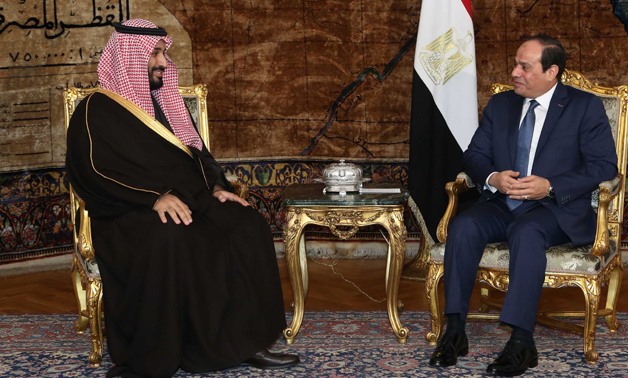 Egypt stated on Tuesday that it was following the development of the crisis between Canada and Saudi Arabia; moreover, it expressed its ”solidarity”’ with the latter againstÂ  external interference in its domestic affairs.

The ”firm stance” was stated by Foreign Ministry Spokesman Ahmed Abu Zeid, in an official statement which was issued on the Ministry’ Facebook page. In it, the statement read that the crisis was ”a direct result of the negative tendency adopted recently by some international and regional parties to intervene in the internal affairs of many countries in the region.”

The Ministry also expressed that it rejected any attempts to undermine Saudi Arabia’s sovereignty.

On Monday,Â Saudi Arabia ordered the ambassador of Canada to leave Riyadh in 24 hours, recalled its ambassador from Ottawa and froze all new business and investment transactions with Canada . The latterÂ was accused of interfering in the case of the arrests of civil society activists, calling for their release.

The UAE and Egypt are united by a long-standing historical relationship that is growing ever stronger. We stand together firmly against all attempts to interfere in the internal affairs of the Arab region or to undermine its security and stability. pic.twitter.com/MT15vscONh

While Egypt and Saudi Arabia have been at the spotlight for controversial cases, such as ownership of Tiran and Sanafir islands, the two countries’ bilateral relations are significant in the Middle East. In March,Â Egypt has dedicated about 1,000 square kilometers of land in South Sinai to Saudi Arabia for a megacity project worth ofÂ $US 10 billion as part of NEOM project.

The NEOM ProjectÂ is a Saudi project launched by bin Salman which aims at introducing seven megacities to the borders of Egypt, Jordan and Saudi Arabia in the Gulf of Aqaba to further enrich the oil-dependent economy in the coming years.