When Shonda Rhimes left ABC last August for Netflix, both she and the studio kept a tight lid on their plans. We could only imagine where the twists and turns that her future stories would take us. Well, now we know.

This week, Rhimesâ€™s production company ShondalandÂ and Netflix announced seven projects that she will make for the streaming platform with her production partner Betsy Beers who also made the move to Netflix. The projects tell stories of women of color, talented kids, important and routinely overlooked American history, fancy English relationships and pre-2017 White House doings.

Based on the Pulitzer-Prize winning book, "The Warmth of Other Suns" will track the migration of African-Americans fleeing the South between 1916 & 1970. @AnnaDeavereS is set to adapt. pic.twitter.com/1ahdOggCsY 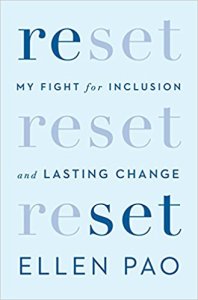 Ellen Pao’s memoir Reset, published last fall, details her life and career, which includes the gender discrimination lawsuit she brought against her former employer Kleiner Perkins in 2015. Even though she lost the suit, Pao felt the battle was worth it, saying at the time:Â “If Iâ€™ve helped to level the playing field for women and minorities in venture capital, then the battle was worth it.â€�Â She continues to work for inclusion in tech as founder and CEO of Project Include, an organization dedicated to making careers in tech accessible to everyone.

Julia Quinnâ€™s best-selling Bridgerton series of novels will jump off the page and onto our screens, because we all need to be flies on the proverbial walls of â€œthe wealthy, sexual, painful, funny and sometimes lonely lives in Londonâ€™s high society marriage mart.â€� Mmhmm. Scandal writer Chris Van Dusen will be responsible for the adaptation.

“The Warmth of Other Suns,” published in 2010 by Pulitzer Prize-winning author Isabel Wilkerson, tells the story of the African-American migration out of the South between 1916-1970. According to her website, Wilkerson interviewed more than 1,200 people and uncovered archival works over 15 years in order to bring these stories to light. Actor, solo performer, playwright and professor Anna Deavere Smith is signed on to adapt the piece for a viewing audience.

And for some more history, â€œPico & Sepulvedaâ€� is set in the 1840s when California wasnâ€™t quite California yet. According to Netflix, it will track â€œthe end of an idyllic ear there as American forces threaten brutality and war at the border to claim the breathtaking land for its own.”

â€œThe Residence: Inside the Private World of the White Houseâ€� is a non-fiction tale told by Kate Andersen Brower that details the relationship between White House staffers and First Families in an upstairs/downstairs kind of way. The book was published in the spring of 2016 so, well, you know.

Debbie Allenâ€™s Hot Chocolate Nutcracker, an award-winning reimagining of the Tchaikovsky ballet, will get the documentary treatment by Shondaland and Netflix, behind-the-scenes style. “Sunshine Scouts” will be a half-hour dark comedy that follows a group of teenage girls who survived an apocalyptic-level disaster while they were at sleep-away camp.

These seven projects join the previously announced adaptation of a New York Magazine article about how Anna Delvey duped people out of hundreds of thousands of dollars by posing as a German heiress. Rhimes is set to write this one.

If you want to hear Rhimes talk about her move to Netflix, you’re in luck, because she was the first guest of TechCrunch Mixtape (formerly CTRL+T), my podcast with senior reporter Megan Rose Dickey. Check it out below.

Warner Bros. unveils the first trailers for ‘Aquaman’ and ‘Shazam’ Eventbrite is reportedly going public in the second half of this year