Every Rose Has Its Thorn

I am not a sitcom person.

Itâ€™s not that I never watch sitcoms; itâ€™s just that their artificial joy, canned laughter, and light, predictable dialogue makes my skin crawl more than any Netflix docuseries about serial killers. So when my momâ€”a devout Eugene Levy fanâ€” suggested that we start watching â€œthat new show heâ€™s in, Schittâ€™s Creek,â€� I was not enthused. I sat apathetic in our kitchen, scrolling through my phone and not really paying attention to what I assumed would be a campy, heavy-handed joke mill about a down-on-their luck family of unlikeable and out-of-touch characters.

I spent a week glued to the TV, getting to know Moira (Catherine O’Hara), Johnny (Eugene Levy), Alexis (Annie Murphy), and David Rose (Dan Levy), a rich family that loses all of their assets and moves to a motel in a nowhere town called Schittâ€™s Creek. The riches-to-rags plotline is anything but a clichÃ© sitcom trope, and instead blossoms into an honest depiction of a family employing productive optimism and pessimistic humor to survive.

Schittâ€™s Creek is a perfect sitcom for viewers who donâ€™t want TV shows pandering to us, but do desire comedies that deliver genuine human emotions instead of only punchlines. And thatâ€™s likely why, since its birth into relative TV obscurity, Schittâ€™s Creek has become a cult hit, earning high praise from virtually everyone who watches it.

Its newest season is no exception. Season 5 finds Alexis and her on-again vet boyfriend Ted (Dustin Milligan) newly in love, and trying to navigate their clashing personalities. David and his opposites-attract boyfriend Patrick (Noah Reid) are comfortably in love, but still struggling to effectively communicate; in one episode, Patrick tells David that he wants to look for a new apartment, but David doesnâ€™t realize that heâ€™s not invited to move in until much later. Johnny and Moira are ever each otherâ€™s rocks, but this season unveils a real and complex conflict that only Schittâ€™s Creek can pull off. New mother Jocelyn (Jennifer Robertson) is constantly frazzled as her husband Roland (Chris Elliott) haplessly flits around the motel, but they still make time for a steamy date night. Rosebud motel co-owner Stevie (Emily Hampshire) catches the attention of a motel reviewer, and their burgeoning romance, complete with casual white lies and texting mishaps, feels so true to those first few weeks of a new relationship, when excitement is rivaled only by the fear of it all falling apart. 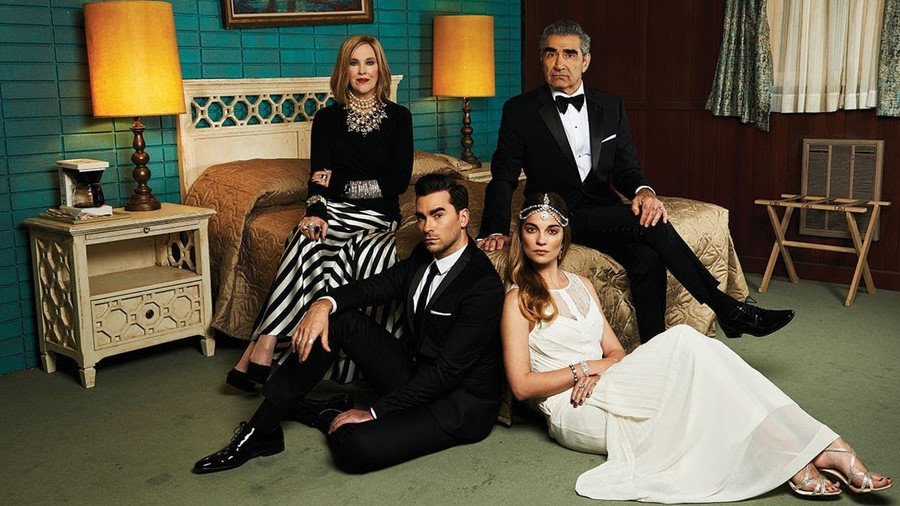 While the Roses are no longer plotting an escape from Schittâ€™s Creek, notions of grander things to come still persistâ€”like Moira landing a role in The Crows Have Eyes III, a D-list apocalyptic franchise sequel. But their roots in Schittâ€™s Creek are deepening. Davidâ€™s business is booming, and Johnny is committed to bettering the motel. For the first time, Alexis finds her niche with her own PR businessâ€”a logical transition from her successful singles week last seasonâ€”without the supervision of Moira, who continues to schmooze and shine as a member of her choir, the Jazzagals.

The Roses have grown as much as they have stayed the sameâ€”and thatâ€™s a good thing. The holiday special gave us flashbacks to the family before Schittâ€™s Creek: distant from one another, caught up in a world of booze and glamour without even having the time to open Christmas presents together. But now, Moira, Alexis, and David throw a last-minute Christmas party for Johnny at the Rosebud, and Moira and Johnny even offer to babysit Roland and Jocelynâ€™s new baby. Still, they havenâ€™t turned saccharine; their dynamic is rife with dry comedic jabs. In perhaps the most perfectly delivered line of dialogue in TV history, David, annoyed with Alexis, looks back at her and says curtly, â€œMmmmm, eat glass!â€�

Schittâ€™s Creek leaves you buoyantâ€”like there is always good to come, even in the worst of situations.

Watching the once well-to-do and painfully out-of-touch Roses go from desperately trying to extricate themselves from their own personal hell to accepting their fate has provided viewers with the perfect juxtaposition of anti-hero disdain and human emotion. And itâ€™s no coincidence that almost everyone I talk to about the show says that the characters grew on them; the fact that these unlikeable people transform before our eyes is unexpectedly and delightfully comforting, with hard truths about wealth, happiness, and whoâ€™s really there when everything turns to shit. And it does all this without ever once being predictable or canned, avoiding every sitcom pitfall that could cheapen otherwise importantâ€”even profoundâ€”messages.

Since the very beginning, Schittâ€™s Creek has delivered hope without artifice, love without being trite. And itâ€™s a true delight to see what love and hope still mean to the Roses as they show not only how they have grown to love Schittâ€™s Creek and all its quirks, but how the town has grown to love them back. Schittâ€™s Creek isnâ€™t a fantasy world where we wonder how our sitcom protagonists afford their apartment or why they never have to go to workâ€”everyday trials and realities like love, family, relationships, sexuality, and money are handled with an honest levity that is both instructive and comforting. Itâ€™s a sitcom that knows sometimes the most effective kind of humor is the kind that reflects reality and plots donâ€™t always need to resolve neatly at the end of every episode because thatâ€™s not what happens in life. At the same time, Schittâ€™s Creek leaves you buoyantâ€”like there is always good to come, even in the worst of situations.

This juxtaposition is what makes Schittâ€™s Creek the best sitcom and easily one of the best shows on TV. And so, as is often the case (okay, almost always): My mother was right.

Read this Next: Platonic Ideal 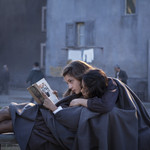 by Rachel Vorona Cote
Safety in any manifestation is a luxury for Elena and Lila, as is liberty.

PSD2: The Importance of Implementing SCA for Mobile and Desktop Banking How to send selfies with stickers