Facebook is opening its first data center in Asia. The company announced today that it is planning an 11-story building in Singapore that will help its services run faster and more efficiently. The development will cost SG$1.4 billion, or around US$1 billion, the company confirmed.

The social networking firm said that it anticipates that the building will be powered 100 percent by renewable energy. It said also that it will utilize a new ‘StatePoint Liquid Cooling’ system technology, which the firm claims minimizes the consumption of water and power.

Facebook said that the project will create hundreds of jobs and “form part of our growing presence in Singapore and across Asia.” 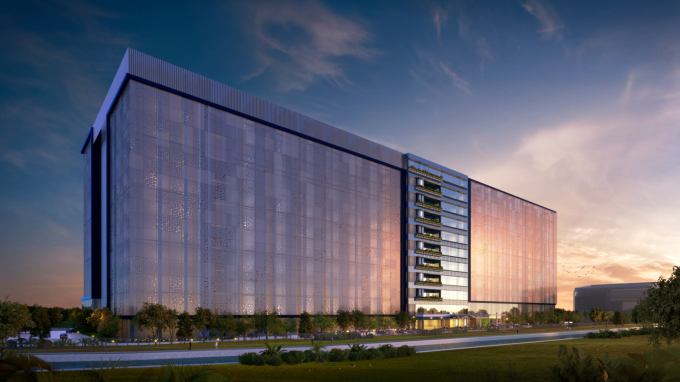 Asia Pacific accounts for 894 million monthly users, that’s 40 percent of the total user base and it makes it the highest region based on users. However, when it comes to actually makingÂ money, the region is lagging. Asia Pacific brought in total sales of $2.3 billion in Facebook’s most recent quarter of business, that’s just 18 percent of total revenue and less than half of the revenue made from the U.S. during the same period. Enabling more efficient services is one step to helping to close that revenue gap.

Facebook isn’t the only global tech firm that’s investing in data centers in Asia lately. Google recently revealed that it plans to develop a third data center in Singapore. The firm also has data centers for Asia that are located in Taiwan.