Less than a year after making a $3 billion investment into the future of virtual reality with the purchase of Oculus VR, Facebook CEO Mark Zuckerberg was considering another multi-billion-dollar bet to ensure that his company dominated the VR platform, buying Unity, the popular game engine that’s used to build half of all gaming titles.

This claim is made in a new bookÂ coming out next week, “The History of the Future,” by Blake Harris, which digs deep into the founding story of Oculus and the drama surrounding the Facebook acquisition, subsequent lawsuits, and personal politics of founder Palmer Luckey.

In the early days while he was writing the book, Harris worked closely with the Facebook PR team and was granted regular interviews with key execs before, as he puts it, his “access came to an end.” Harris claims that through reporting out the book, he had gained access to more than 25,000 documents from sources, including a nearly 2,500-word email sent by Mark Zuckerberg to then-Oculus CEO Brendan Iribe, Sheryl Sandberg and a half-dozen other Facebook leaders detailing his interest in buying Unity.Â TechCrunch has not independently verified the contents of the email.

The email, dated June 22, 2015, lays out an argument for further prioritizing AR/VR and buying the game engine company. The proposed deal,Â  codenamed “One” according to the book, would have brought one of the world’s most recognizable game developer tool startups into the fold of the internet giant bent on bringing consumers onboard its upcoming VR platform as it looked to ward off competition from other tech giants. 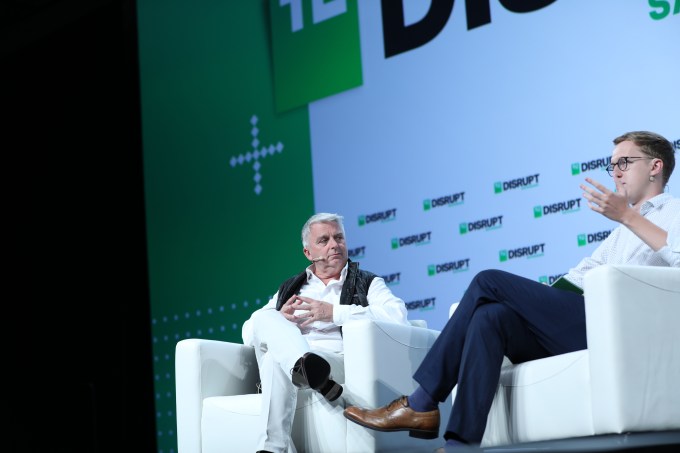 The potential deal obviously did not end up going through, and since 2015, Unity has raised nearly $600 million on a valuation north of $3 billion. A report from Cheddar earlier this week noted the company was setting its sights on a 2020 IPO.

Nevertheless, the email seems to offer rare perspectives into Zuckerberg’s thoughts on virtual reality and Facebook’s competitive footing. Though only parts are referenced in the book, Harris has sent TechCrunch the full email embedded below:

“We are vulnerable on mobile to Google and Apple because they make major mobile platforms,” the email reads.Â “From a timing perspective, we are better off the sooner the next platform becomes ubiquitous and the shorter the time we exist in a primarily mobile world dominated by Google and Apple. The shorter this time, the less our community is vulnerable to the actions of others. Therefore, our goal is not only to win in VR / AR, but also to accelerate its arrival. This is part of my rationale for acquiring companies and increasing investment in them sooner rather than waiting until later to derisk them further.”

Beyond staking a claim on the VR platform, Zuckerberg also frames an argument for owning Unity as a means of pushing competitors to support Facebook’s other platform services.

“If we own Unity, then Android, Windows and iOS will all need us to support them on [sic] larger portions of their ecosystems wonâ€™t work. While we wouldnâ€™t reject them outright, we will have options for how deeply we support them,” Zuckerberg continues. “On the flip side, if someone else buys Unity or the leader in any core technology component of this new ecosystem, we risk being taken out of the market completely if that acquirer is hostile and decides not to support us.” 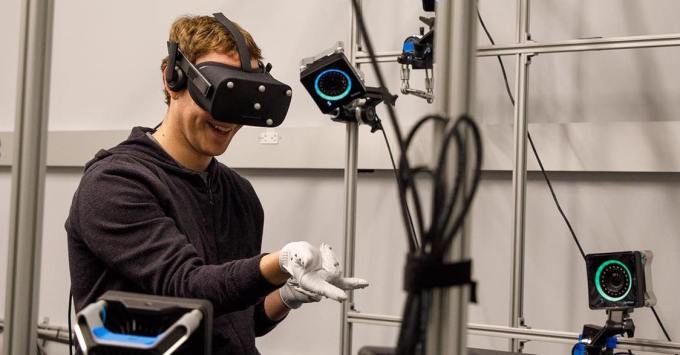 Though, again, a Unity deal never came to fruition, Zuckerberg seems to be strongly in favor of the deal going through — though he notes there are clear challenges that could leave their efforts bungled.

“Going back to the question of whether it is worth investing billions of dollars into Unity and other core technology over the next decade, the most difficult aspect to evaluate is that we cannot definitively say that if we do X, we will succeed. There are many major pieces of this ecosystem to assemble and many different ways we could be hobbled. All we know is that this improves our chances to build something great.

“Given the overall opportunity of strengthening our position in the next major wave of computing, I think itâ€™s a clear call to do everything we can to increase our chances. A few billion dollars is expensive, but we can afford it.”

Facebook did not comment on the email to TechCrunch. A spokesperson, however, did send along a statement about the book: “The book doesnâ€™t get everything right, but what we hope people remember is the future of VR will not be defined by one company, one team, or even one person. This industry was built by a community of pioneers who believed in VR against all odds and thatâ€™s the history we celebrate.”