Amidst Facebook’s biggest branding crisis, it’s just hired a veteran CMO formerly of Pepsi and Visa to boost the social network’s external image and cross-promote features inside its apps. Antonio Lucio today announced he’ll be leaving his role as HP’s CMO after three years to take that post at Facebook starting September 4th. Heâ€™s replacing Gary Briggs, who in January said he’d be stepping down after five years to advise companies and work with the Democrats.

Lucio’s hispanic background and his efforts to champion inclusion will bring needed diversity to Facebook’s management, whose CEO, COO, CFO, CTO and CFO are all white. 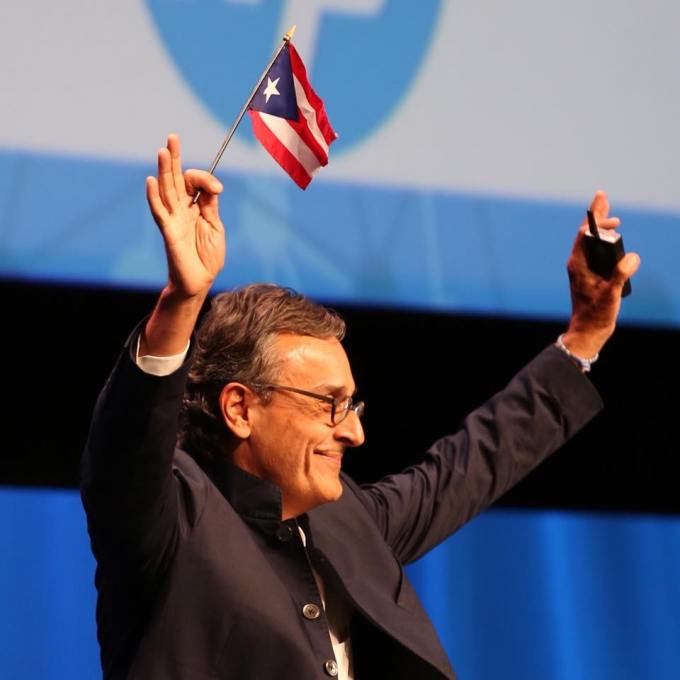 Lucio will report to Chief Product Officer Chris Cox and be part of Chief Operating Officer Sheryl Sandberg’s leadership team.Â  Facebook confirms he’ll work across the company’s family of apps, including Instagram and WhatsApp, which both lack a named CMO. Prior to HP, Lucio was Visa’s chief marketing and communications officer for seven years, and had been at PepsiCo leading innovation and beverage marketing for eight years before that.

“Facebook’s story is at an inflection point. We have never faced bigger challenges, and we have never had more opportunities to have a positive impact on the world â€” in our families, our friendships, our communities, and our democracy â€” by improving our products at their core, and then by telling the story outside that we all know to be true inside,” Cox wrote on Facebook. “[Lucio] has been outspoken on the need to build authentic global brands with integrity and from places of principle, and also on the importance of building diverse teams at every level in the organization.”

Lucio is well-versed in the flowery philosophical rhetoric common at Facebook. He describes himself on LinkedIn as someone “who’s mission in life is to build brands that stand the test of time. These brands are anchored in purpose; have a meaningful impact on people’s lives; are built through strong emotional connections; behave with integrity and are constantly reinventing themselves to deliver their purpose.”

.@HP's global CMO @ajlucio5 discusses a new report from the company that shows how the efforts to close the diversity gap in their workforce have unquestionably led to positive business results. #CannesLions #CheddarLIVE pic.twitter.com/NYqS0BMHOE

Lucio’s public persona sees him frequently retweeting accolades for his female peers. He’s been named the No. 2 most influential CMO by Forbes, and has received awards from PR Week and Women In Marketing for pushing diversity. At HP, he helped launched the #MoreLikeMe campaign to increase the number of women in leadership roles, growing their percentage amongst top HP marketing jobs from 20 percent to 50 percent. He credits this with contributing to a 6 percent year-over-year boost in HP’s brand preference scores. You can see him talk more about the initiative on Cheddar above.

Sandberg writes that “Antonio has a lot of experience leading marketing for major brands like HP and Visa — and heâ€™s been recognized for both his talents and commitment to diversity.” She’ll benefit from the help repairing Facebook’s brand after a string of troubles ranging from Cambridge Analytica to election interference, slowing user growth to worries that too much Facebooking can hurt our well-being. A job listing for the CMO role mentioned candidates would need to be able to “guide a brand’s reputation and experience in crisis management.”

Facebook has recently undertaken a massive apology ad campaign on TV, bus stops and elsewhere, touting that it understands its responsibility to keep elections and users’ data safe. But Lucio will need to translate all of Facebook’s nitty-gritty behind-the-scenes work on these issues into comprehensible messaging that keeps users from straying from the social network.

Meanwhile, he’ll also be in charge of Facebook product marketing. With so many features packed into the app and fighting for attention, Lucio will have to decide what to highlight and how. The question is whether he’ll think more holistically, supporting the natural cannibalization of Facebook by its fresher-faced acquisitions, or put big blue first.

â€œPurpose and impact have been at the center of every career decision that I have ever made,” Lucio told TechCrunch in a statement. â€œFacebook is one of the worldâ€™s most impactful brands, at a pivotal moment in its history. I am honored to join the team and support its evolution.â€� Indeed, it’s time for Facebook to evolve, but Lucio will have to prove he can be the wartime leader it needs.