2018 has been an incredibly strong year for IPOs, particularly in the technology sector. Among the brand names this year that have made their public debuts are Dropbox, Xiaomi, Spotify (through a direct listing), DocuSign, Carbon Black, Zuora, among many, many others.

Given the strength of these numbers through the first eight months of this year, the key question for the public markets is whether the year will close out just as strongly or die in a whimper.

Itâ€™s a decidedly mixed picture right now. The positives for the tech industry are an extremely robust pipeline of unicorns and growth-stage companies as well as soaring stock prices and strong economic data encouraging investors to seek additional risk in new issues in order to drive returns.

Yet, there are serious headwinds operating against new issues that could increase friction for startups for the remainder of the year. The first is that there doesnâ€™t look like there will be a marquee startup debuting this fall to drive excitement. China trade tensions could complicate the picture for Chinese tech companies, which have been major drivers of the IPO pipeline this year. And then there is the on-going questions of alternatives â€” direct listings and potentially wider usage of private investment with new rules being discussed by the SEC.

Lyfting up the IPO picture

One major question hovering over the fall is whether any of the largest private tech companies by valuation will decide to go public. So far, Eventbrite and SurveyMonkey have filed their S-1s with the SEC to debut, but the two are targeting low billions for their market caps.

While companies generally demur on questions around their IPO schedules, both Uber and Airbnb look ill-prepared to do a public debut in the short run. Uber just hired a CFO â€” itâ€™s first in years â€” a little more than a week ago. Airbnb has been more blunt, commenting that it is targeting 2019 or 2020 for a public launch. Other highly-valued companies like SpaceX, WeWork, and Palantir also donâ€™t look set to IPO in the short term. Lyft has recently hired a new advisor, and could target a launch early in 2019, beating Uber in the process.

This is all a bit shocking considering the robust economic picture of the public markets. These advantageous windows donâ€™t stay open for long, and itâ€™s a bit surprising how few of these large companies are prepared to take advantage of the environment. That could leave companies like Dropbox in March and Xiaomi in June as the largest tech issues of 2018.

Itâ€™s certainly been received wisdom in the Valley for the past decade that tech startups should delay going public as much as private investors will allow it. But the fact that executive teams havenâ€™t been rounded out and revenues and expenses arenâ€™t ready for scrutiny should be a note of caution for startup founders and venture capitalists to work harder to better prepare their companies. 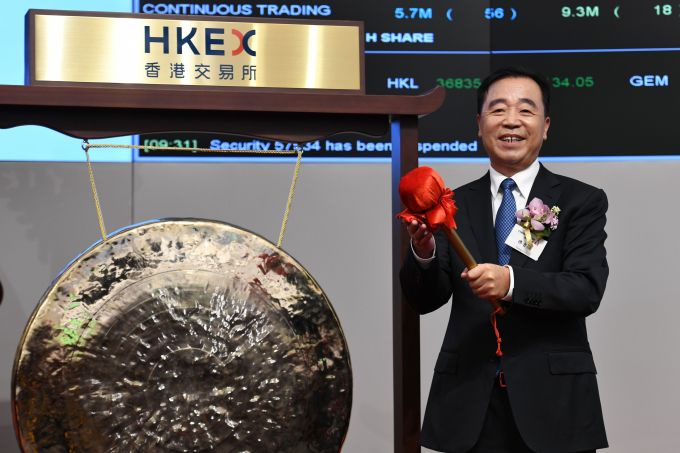 Chinese IPOs had been expected to be a major force in the IPO pipeline all year. Now, with trade tensions flaring and the Chinese Communist Party changing its policies, that robust pipeline is staring to look significantly less rosy.

The tariffs are easy to understand. The Trump administration has said recently that it intends to put tariffs on another $200 billion of Chinese goods. Given the constantly changing scale and scope of these tariffs, the resulting uncertainty has clouded Chinese capital markets and made public debuts much more complicated.

The debut of Chinese Depository Receipts (CDRs) earlier this year was also expected to drive attention to Chinese tech stocks by allowing mainland Chinese investors to invest in companies traded on overseas exchanges like NASDAQ.

Yet, policy shifts by Beijing have undermined that surge of interest. The country is in the midst of a video game and entertainment crackdown, causing Tencent to face a profit drop for the first time in more than a decade, and creating a cascade of concern for other high-flying Chinese consumer tech companies. Other policies around corporate control and governance are complicating the picture as well.

We will quickly learn how the markets perceive these challenges when NIO, a Chinese automotive startup, and Meituan-Dianping, a consumer Yelp and Groupon-like platform, go public in the next few weeks. NIO is targeting a valuation of $8 billion, and Meituan is targeting a whopping $55 billion in its debut.

Given the rout around Xiaomiâ€™s IPO earlier this summer, a strong performance by either one of these companies would put some wind in the sails of other Chinese unicorns and could help them overcome some of the policy changes that are dampening the enthusiasm in the equity markets.

The last macro wrinkle for the fall is around a circulating discussion at the SEC of expanding access to private companies to the general public. SEC chairman Jay Clayton recently asked whether ownership rules could be expanded for later-stage private companies so that retail investors could have access to pre-IPO issues.

Like Spotifyâ€™s direct listing process earlier this year, expanding the pool of capital that can invest in private companies reduces the need to conduct a classic IPO. It may not literally â€œkillâ€� the IPO, but it could certainly dampen enthusiasm for the public markets, which are already lacking excitement for many CEOs in the first place.

Any changes to ownership rules would likely take significant time to complete. Nonetheless, rule changes could affect the the major tech companies who are delaying to late 2019 or 2020 and allow them to stave off the public markets for just a bit more.

Altogether, the economic environment couldnâ€™t be more robust for companies to go public, but a diverse set of macro factors are clouding the picture, and that could make the rest of 2018 much less robust for IPOs than the first eight months.