Weâ€™re excited to head to Beirut, Lebanon, on October 3rd for TechCrunch Startup Battlefield MENA 2018. Yes, weâ€™re bringing our premier startup pitch competition to the Middle East / North Africa, and as well as launching 15 of the hottest startups in MENA on stage for the first time, weâ€™ll also be joined by some leading lights of the scene.

Tickets to this event â€” our first in this part of the world â€” cost $29 (including VAT), and you can buy your tickets right here.

Startup Battlefield consists of three preliminary rounds with 15 teams â€” five startups per round â€” who have only six minutes to pitch and present a live demo to a panel of expert technologists and VC investors. After each pitch, the judges have six minutes to grill the team with tough questions. This is all after the free pitch-coaching they receive from TechCrunch editors.

Joining us on stage will be the following speakers, drawn from many of the key founders and investors in the region. Here are the speakers so far for TechCrunch Startup Battlefield MENA 2018 and there are more to come!

Kenza Lahlou
Managing Partner
Outlierz
Kenza is the co-founder and Managing Partner of Outlierz Ventures, is a seed investment fund, based out of Morocco, providing smart capital to African tech enabled startups. Kenza started the fund after 4 years experience building the Moroccan startup scene through StartupYourLife, one of the key ecosystem players. She co-founded it after gaining experience in San Francisco working closely with startups and accelerators in emerging markets. Prior to that, she worked in PE, management consulting and tech industry. 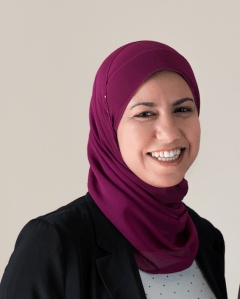 Mai Medhat
Eventus
Mai Medhat is the CEO and co-founder of Eventtus; an events engagement platform and the leading event app provider in the Middle East. Mai is an Egyptian tech entrepreneur holds a Computer Engineering degree from Ain Shams University. She co-founded Eventtus in 2012 with a mission to mobilize events after a personal experience at some events that used to be managed manually. The company successfully served 10,000 events since then and is growing into 35+ cities. Mai was named â€œEntrepreneur of the year” by Arabian Business in 2016 and she has been recognized by the Global Entrepreneurship Summit 2016 as one of the most promising MENA entrepreneurs.

Ameer Sheerif
Wuzzuf
Ameer Sherif is CEO and Co-founder of WUZZUF â€“ Egyptâ€™s #1 Online Recruitment Platform. Having co-founded WUZZUF 5 years ago, Ameer managed to bootstrap for 3 years during the tough revolution years until reaching profitability and then successfully fundraising from top angel investors in Egypt as well as top VCs in Silicon Valley â€“ making WUZZUF the 1st startup from Egypt to join the [500 Startups] accelerator program in San Francisco. Now, WUZZUF helps 150,000+ people looking for jobs each month and serves 4,000+ companies. A total of 40,000+ Egyptians got hired directly through the platform so far.

Priscilla Elora Sharuk
Co-Founder & COO
Myki
Priscilla Elora Sharuk is the Co-Founder & COO of Myki, named one of the Best Free Password Managers of 2018 by PCMag. Priscilla has appeared in Forbes, The Wall Street Journal, and CSO. Forbes has also recognised her as one of the “Top 7 Female Entrepreneurs in MENA in 2017â€�. Priscilla believes in sharing what she continues to learn on her entrepreneurial journey in hopes of inspiring others.

Henri Asseily
Managing Partner
Leap Ventures
Henri Asseily is a managing partner at Leap Ventures, a late-stage venture capital firm based in Beirut and Paris. For the previous 20 years he was a serial entrepreneur focused on internet-related businesses, and he has particular expertise in algorithmics and computer science. He is the founder of Bizrate.com / Shopzilla, acting as CTO until its sale in 2005 for $569 million. He was designing flat models before they were called NoSQL, and led the creation of the first product-centric online search engine.

Amir Barsoum
CEO & Founder
Vezeeta.com
Amir Barsoum is the CEO & Founder of Vezeeta.com, a leading digital healthcare platform in MENA that connects patients with healthcare providers and health services. Prior to Vezeeta, Amir was a Management Consultant at McKinsey & Company advising Healthcare and FMCGs across public and private sectors in Europe and MENA. He also led the Strategy Team of AstraZeneca in MENA. Amir introduced Vezeeta in 2012 empowering millions of patients through data and the ability to better access healthcare in the region.

Rami Al Qawasmi
CEO
Mawdoo3
Founder and CEO of Mawdoo3.com, holds a bachelor’s degree in Economics from University of Sussex in England, with a passion in business, 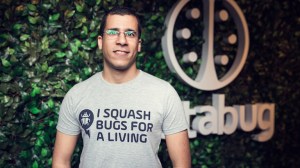 Omar Gabr
Instabug
Omar started Instabug in 2012 right after graduating from college. He studied Computer Science at the Cairo University in Egypt. Instabug is an Egyptian based company that empowers mobile-first companies to iterate faster and enhance their app quality. Instabug is currently serving over one billion users worldwide and being used by the top apps in world including eBay, Lyft, Electronic Arts and thousands more.

Hussam Hammo
CEO & Founder
Tamatem Inc.
Hussam Hammo is founder & CEO of Tamatem Inc., the leading mobile games publisher in the Arabic speaking market. He is a serial-entrepreneur who founded Faye3.com, the first Arabic social network that was acquired by Maktoob.com which was later acquired by Yahoo. Hussam then co-founded Wizards Productions in 2009 a gaming studio and finally Tamatem, which currently has 30 employees in its HQ in Amman, Jordan where they have published 40 games with over 50M downloads.