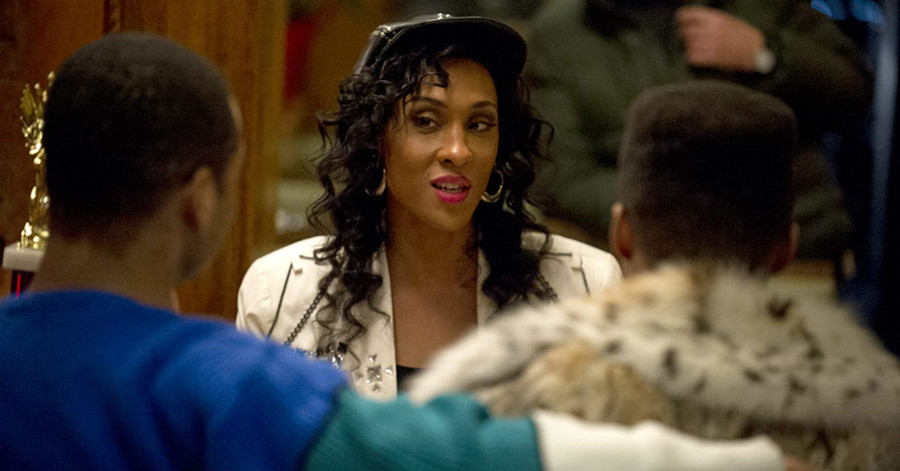 FXâ€™s Pose rightfully garnered a great deal of fanfare because it so accurately depicted the experiences of queer and trans people of color in the ballroom scene; boasted the largest trans cast in TV history; and has powerhouse trans women of color, like Janet Mock, in the writerâ€™s room and behind the camera. Slay. Beyond the showâ€™s snappy one-liners and exploration of the pain that queer people of color endured in the â€™80s, Pose also navigates an important conversation about the important role that trans women of color play in the lives of queer men of color.

Thereâ€™s nothing new about trans women of color nurturing queer Black and Brown men. Since the 1960s, when ball culture began in Harlem, New York, trans women of color have served as â€œnurturing mothersâ€� who cook, monitor diets, clean, and take care of their â€œchildrenâ€� when theyâ€™re in a crisis, wrote researchers Emily A. Arnold and Marlon M. Bailey in a 2009 paper published by the National Institutes of Health. They note that house mothers serve a crucial role when it comes to HIV prevention in particular:

â€œFirst, as nurturers and confidants, butch queen or femme queen mothers are the key people that young people turn to when discussing the intimate details of their sexual encounters. Second, mothers play a crucial role in teaching their house members to be safe and to use condoms with their partners, giving men specific practical tips on how to manage and negotiate sexual encounters. Third, house mothers provide support when young men engage in risky activities, by taking young house members for HIV testing, and by identifying various resources such as housing, medical care, and support groups for house members living with HIV/AIDS.â€�

Throughout the season, Blanca (MJ Rodriguez), Electra (Dominique Jackson), and other trans characters not only dress their â€œkidsâ€� have the flyest outfits for houseballs, but also fight to keep them safe and give them a sense of community and belonging. As Marcus Brock explained in a 2012 article for EBONY, house mothers like Blanca, â€œestablish community, instill knowledge, shed tears, evoke laughter and at times go into their own pockets to help out those who are less fortunate.â€�

These trans women are often seeking to redefine the meaning of family. From the beginning of the series, we watch Blanca (MJ Rodriguez) come into her own when she decides to leave the House of Abundance after a spat with her house mother Elektra (Dominique Jackson). Like many of the showâ€™s characters, Blanca dreams about leading her own house and becoming a top queen in the ball scene, but she wants to create a different family than the one sheâ€™s leaving. Family means a great deal to Blanca, which is one of the reasons she creates House of Evangelistaâ€”to give others the love that Elektra has never given her.

Blanca fits into that category: She was kicked out of her home after coming out as trans, has a fractured relationship with her biological family, and contracts HIV, but sheâ€™s still committed to nurturing the queer Black and Brown men in her orbit. Unlike Elektra, who intentionally holds her children back, Blanca is committed to helping the young men in the House of Evangelista thrive. According to the True Colors Fund, over 40 percent of Americaâ€™s 1.6 million homeless people identify as queer and/or trans and more than 32 percent live in poverty, making Blancaâ€™s and decision to house young queer Black men even more valuable.

When she makes Damon (Ryan Jamaal Swain) the houseâ€™s first member, Blanca not only provides him with a physical home, but also advocates for him to get into the dance program that he moved to New York to attend. She helps Damon enroll, persuades the schoolâ€™s dance instructor to let him audition, and encourages him to pursue dance when he loses his passion for the art. Blanca believes that protecting her children is key to being a quality housemother (and family members). When Blanca is diagnosed with HIV, her role as a house mother becomes even more defined: She demands that the young men living in her home get tested, and when one of them, Pray Tell (Billy Porter), learns that heâ€™s also HIV-positive, Blanca becomes his support system.

In the â€œLove Is the Messageâ€� episode, Blanca put her fears aside to be by the side of Pray Tell and his dying partner. While singing the song â€œHomeâ€� from The Wiz, we get another message from Blanca about the underlying fear that trans women of color and queer Black men face but more, how important it is for us to remember the trans women of color who show up for us even in the moments we may not be able to show up for ourselves.

While historical and empirical research about how trans women of color nurture queer Black and Brown men is limited, trans women of color have always been at the forefront of LGBTQ activism, as the 1969 Stonewall uprising shows. When Marsha P. Johnson and Sylvia Rivera were tired of being targeted and harassed by law enforcement, they ignited a rebellion to curb the militarized policing of their community. In 1970, Johnson and Rivera also co-founded STAR (Street Transvestite Action Revolutionaries), an organization that provided housing and other crucial social services for transgender youth in Manhattan, and eventually, Johnson became involved in HIV-activist group ACT-UP.

Pose is a testament to the selflessness of trans women of color as they teach queer Black and Brown men to have empathy for themselves and others. In a world where at least 15 trans women have been fatally shot or violently killed in the first six months of 2018, queer Black and Brown men must fight and advocate for the women who fight and advocate for them. Thatâ€™s the greatest lesson offered through Pose: We must return the love and protection that trans women of color give us.

With am impressive list of credentials, Dr. Jonathan P. Higgins is multi-hyphenate thought leader in the truest sense of the word: media critic, writer, scholar and social justice defender that continues to demonstrate an uncanny ability to thrive while speaking truth to power. As a Lambda Literary, Maynard and Poynter writing fellow, their work has been included on sites like OUT, SYFY, Huffington Post, The Root, The Daily Dot, Shadow & Act, Slate, On Being and more. With over a total following of 15K on all social media spaces, they have been highlighted on site like ATTN:, Vox, Buzzfeed and NewNowNext. You can follow them by using the social media handle @DoctorJonPaul.

Make History Come Alive in Your Classroom with Oral Histories! How to reset your iPhone without the passcode