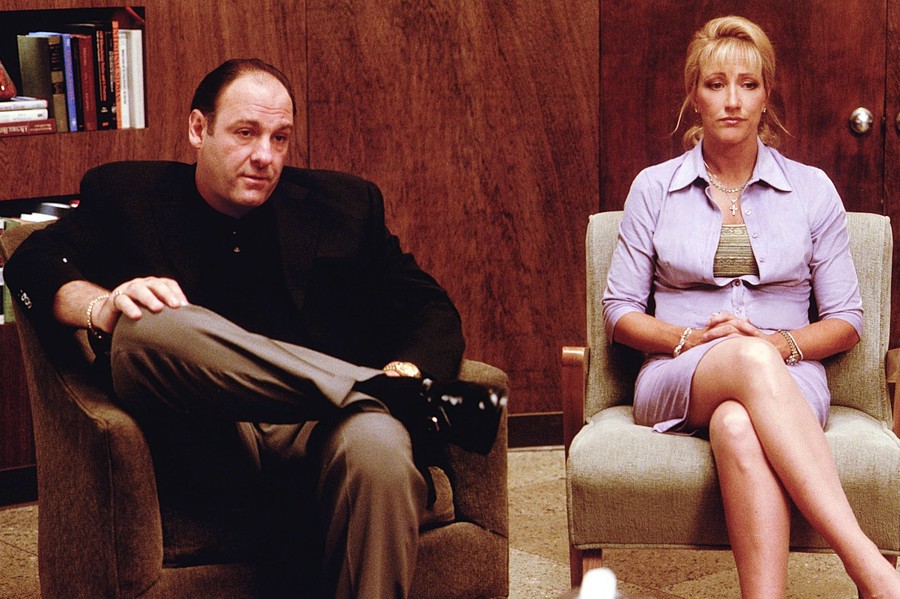 It has been fun to reflect on The Sopranosâ€™ dark humor and drama as it celebrates its 20th anniversary. To commemorate the occasion, HBO played out all of the showâ€™s fights, whacks, and affairs, over the course of a week so that the final gut-wrenching episode, with its still confusing blackout, aired on the exact day that the pilot premiered. And watching some of my favorite episodes for the second and third time helped me remember how oddly calming every element of the show is for me.

A lot has changed since 1999: While Adriana La Cervaâ€™s (Drea de Matteo) animal-print dresses and Carmela Sopranoâ€™s (Edie Falco) French tips are making a comeback, Tony Sopranoâ€™s (James Gandolfini) racially insensitive and misogynistic remarks would thankfully be met with more than an eye roll these days. And now, more men are following in Tonyâ€™s footsteps by keeping weekly appointments with therapists (perhaps without storming out of the office so many times). Though the American Foundation for Suicide Prevention found that men are 3.54 times more likely to die by suicide than women, theyâ€™re also more likely to remain untreated. According to Mental Health America, men are less likely than women to seek help for depression due to â€œsocial norms, reluctance to talk, and downplaying symptoms.â€�

For those whoâ€™ve never seen the show, a quick recap: Italian American mafia boss Tony Soprano is initially reluctant to admit that the fainting spells heâ€™s experiencing are in fact depression-related panic attacks, and even those who are closest to him have difficulty believing that mental-health issues are the culprit. In the showâ€™s pilot, he has begrudgingly agreed to a first session with therapist Jennifer Melfi (Lorraine Bracco), during which heâ€™s vocal about how even the idea of counseling clashes with his own self-image: â€œNowadays, everybodyâ€™s gotta go to shrinks and counselors, and go on Sally Jessy Raphael,â€� he frets to Melfi. â€œWhatever happened to Gary Cooper, the strong, silent type? That was an American

Tony certainly has reason for concern. His flinty but patient wife, Carmela, is initially impressed by his decision to seek counseling because she thinks it will make him more sensitive, but becomes frustrated when therapy doesnâ€™t immediately cure his panic attacks. His irascible mother, Livia (Nancy Marchand)â€”a character based on Sopranos creator David Chaseâ€™s own motherâ€”calls his attacks â€œfits,â€� and refuses to consider the idea that her â€œstrongâ€� son may be dealing with a mental illness. â€œThat son of mine, is he still having those fits?â€� she asks Carmela, who tells her, â€œTheyâ€™re not fits, Ma. Theyâ€™re anxiety attacks. And no, heâ€™s on medicationâ€�; Livia responds by shaking her head and rolling her eyes. And once Tonyâ€™s uncle Junior (Dominic Chianese) learns his nephew is in therapy, he questions whether heâ€™s masculine enough to lead their mafia crew.

The American Psychological Association states that counseling is only effective when patients â€œopenly discuss and express emotion,â€� even when that process directly â€œconflict[s] with traditional ideals of what it means to be male: toughness, independence, and emotional control.â€� Tonyâ€™s family, fellow mobsters, employees, and friends all expect him to uphold these masculine standards, so being challenged by Melfi makes their sessions tumultuous and abrupt, often ending with Tony walking out of her office and slamming the door behind him. Tonyâ€™s unprocessed depression usually turns into unfiltered rage, which Melfi attempts to curb by reminding him that, â€œYou cannot have these outbursts and expect to redeem yourself with an FTD bouquet.â€�

Chaseâ€™s determination to offer a realistic depiction of a troubled man seeking help is one of the reasons The Sopranos still feels groundbreaking 20 years later. In 1999 there were very few TV showsâ€”or pop-culture products more broadlyâ€”that explicitly discussed male mental health. What would later be called prestige dramasâ€�â€”gritty, hourlong premium-cable shows with complex character studies at their centerâ€”were a new genre. Other TV shows, sitcoms in particular, used therapists mostly as a source of humor: Frasierâ€™s titular talk-radio therapist (Kelsey Grammer) becomes too flustered to function in the presence of a physically attractive patient; Larry David wrote an entire episode of Curb Your Enthusiasm about being unable continue working with a therapist who wears a thong to the beach. Humor had long been the most comfortable way to confront the topic of mental health, but The Sopranosâ€™ willingness to go beyond thatâ€”to suggest the necessity of therapy in menâ€™s livesâ€”reverberated in popular culture.

When Pat Solitano (Bradley Cooper) is discharged from a mental health institution in 2012â€™s Silver Linings Playbook, he begins seeing a therapist to help him navigate his bipolar disorder. In The Perks of Being a Wallflower, the 2012 film based on a 1999 novel by Stephen Chbosky, high-school student Charlie (Logan Lerman) works with a counselor (Joan Cusack) to develop coping strategies for his clinical depression. Mr. Robotâ€™s Robin Hood of cybersecurity hacking, Elliot (Rami Malek), deals with dissociative identity disorder, anxiety, and addiction with the help of a therapist. A determination to accurately portray mental illnessâ€”creator Sam Esmail, with Malek consulted a psychologist about the specifics of Elliotâ€™s conditions and how they would affect him in daily lifeâ€”helps push conversations about mental health forward and chips away at the stigma around seeking counseling or using medication.

It can also be rewarding to see fictional characters have therapeutic breakthroughs. Tony Soprano believes his panic attacks are caused by hiding the nature of his job; but the showâ€™s third season reveals the true catalyst: cold cuts. As a child, Tony first witnessed mob violence when his father, Giovanni (Filippo Bozotti), cut off the finger of a butcher who failed to pay a debt in time. The family got their cold cuts at a significant discount that day, and Tonyâ€™s motherâ€™s glee over dinner, coupled with her lack of concern about the brutal methods that put food on the table, triggered his first panic attack.

â€œKind of like Proustâ€™s Madeleines,â€� Dr. Melfi remarks at the close of Tonyâ€™s story.  She goes on to explain: â€œMarcel Proust wrote a seven volume classic, Rememberance of Things Past. He took a bite of a madeleine. Itâ€™s a kind of tea cookie he used to have when he was a child. And that one bite unleashed a tide of memories of his childhood and ultimately of his entire life.â€�

And Tonyâ€™s understanding of his own depression eventually gives insight to the mental-health struggles his own son, AJ (Robert Iler), has inherited from him. In the showâ€™s final season, AJ drops out of college when his first heartbreak leaves him feeling hopeless. After struggling in silence, he tries to drown himself in the family pool. The suicide attempt is both a wake-up call and a full-circle moment, and itâ€™s clear that the episode was scripted to cover the facts: Dr. Melfi explains depression can be passed down over generations, and Tony feels immense guilt for something over which he has no controlâ€”but he understands that all he can do is take what heâ€™s learned in his years of therapy and apply it to the treatment of both himself and his son.

Portraying an iconic TV showâ€™s troubled, complex, sometimes violent male lead looking for answers in moments of profound vulnerability and emotional confusion is no longer a new phenomenon, but The Sopranos opened that door, and itâ€™s an opportunity we canâ€™t take for granted. When my own anxiety is at its peak, when my PTSD has been triggered, when my depression chains me to the couch, I know I can always watch Tony sink into that low taupe chair in Melfiâ€™s office, swing one leg over the other, his black crew socks peeking out, desperately trying to understand himself, and I feel a little better.

Read this Next: Male Call 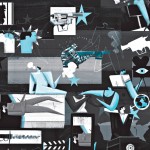 by Jesse Fruhwirth
Men are the primary victims as well as the primary perpetrators of murder, attempted murder, assault, and aggravated assault. 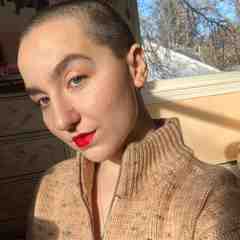 Mariel Reilly is an English student with a Creative Writing concentration. Her poetry has been publishedÂ in The Mad Hatter, The Apprentice Writer, and on Zathom.com. You can follow her on instagram @marielreilly where she talks beauty, mental health, and bad dates.