Meesho, a Bangalore-based social commerce startup, has closed a $50 million investment to grow its business in its Indian homeland ahead of future international expansion.

This Series C round means that Meesho, which graduated Y Combinator in 2016, has now raised three funding rounds in the past year. Its $3.4 million Series A came in October 2017 with an $11.5 million Series B closing in June of this year. That’s quite the rollercoaster and over the last year, Meesho has seen its top line revenue grow by over 100X so co-founder and CEOÂ Vidit Aatrey told TechCrunch in an interview.

Meesho has adjusted its focus considerably since it graduated YC, and today it operates as an enabler for people in India wanting to sell products using social media.Â Primarily the focus is WhatsApp, the world’s most popular messaging app which counts India as its largest market with over 200 million monthly users.

The company providers sellers with products (which it sources from suppliers) and inventory management and other basic seller tools. In turn, sellers hawk their catalog to friends and family as they please. Meesho handles all payment and logistics, providing a cut of the transaction to sellers.

Interestingly, there’s no fixed price for products. That means that sellers can vary the price and even haggle with their customers just as they’d do in real life.

“We want to simulate the exact experience that happens offline,”Â Aatrey explained. “Sellers have theÂ liberty to sell to 10 different people at 10 different prices.”

Sales typically happen between friends and family because there is a trusted relationship. Selling consistently to familyÂ members doesn’t seem like an easy task, but Meesho operates in a range of verticals, including fashion, living, cosmetics and more, which the company said makes repeat custom easier. The firm is working on technology that helps sellers figure out which products to push to their customer list, but Aatrey believes a good seller has a knack for what their customers will want on a given day or week.

AatreyÂ — who started Meesho with fellow IIT-Delhi graduate Sanjeev Barnwal in 2015 — told TechCrunch that the startup is picky about who it selects as a seller, and those who are not active enough are removed from the platform — although he said the latter doesn’t happen a lot. Instead, Meesho offers training and skill development programs to sellers who perform well.

“We go and intentionally invest more to scale up the sellers who show more promise,” he explained. 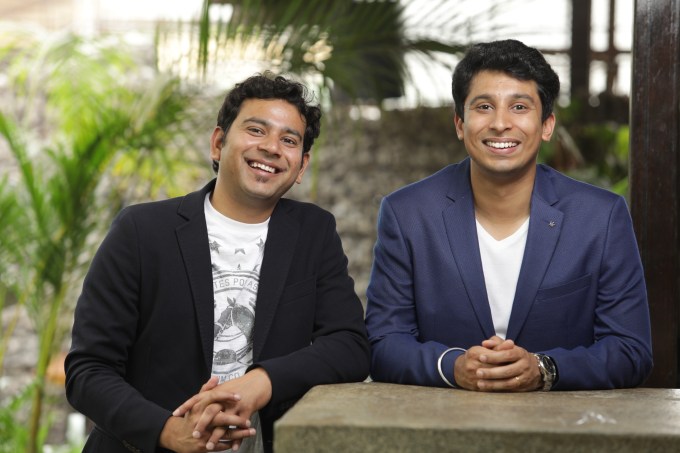 Meesho says it has registered some two million sellers to date but the goal is to reach 20 million by 2020. A majority 80 percent are female because the startup first targeted housewives, but increasingly, Aatrey said, it is seeing male sellers grow. Nearly one-third of sellers are students and many others use the app part-time to add to an existing income source.

In one example, Aatrey explained that typically households that earn 30,000 INR ($410) per month can make 8,000-10,000 INR in additional capital if one of the homemakers uses Meesho full-time. That’s a pretty significant addition.

One of the more intriguing pieces of the Meshoo business is that by tapping into people’s trusted relationships and offer them incentives to sell products without requiring operating capital, the business has cut a lot of the expensive overheads associated with e-commerce. Customer acquisition cost is low, for example, while there’s no need to dole out discounts, both of which are expensive line items for Amazon India and its rival Flipkart, which is owned by Walmart.

“We donâ€™t burn a lot of money,”Â Aatrey said, although he declined to provide specific financial information.

With this new money in the bank, Meesho is working to go deeper into its existing areas of business. That’ll include offering more product categories, bringing on more suppliers, extending its supply chain and developing tools to help sellers sell better.

Aatrey also confirmed that the company is also looking to develop a supply chain in China, that’s where Shunwei and its network will come into play. He also revealed that the company is beginning to think about the potential for its own labeled product — an Amazon-style move — although that isn’t likely to happen just yet.

Another longer-term objective is international expansion.

“For the next 12 months we wonâ€™t go beyond India,” Aatrey explained. “But what we are doing here is very similar to Southeast Asia, Latin America and even the Middle East so at some point we’ll think about venturing overseas.”

With three funding rounds in the past year, the Meesho CEO revealed that the company is well capitalized but he didn’t rule out the potential to raiseÂ money again.

“If we get a good offer that makes sense for the growth of the business, we are open to it,” he said.

One-year-old Bracket Capital is already an investor in Lyft, Bird, Airbnb and Coinbase Some online resources to help voters with disabilities on Election Day