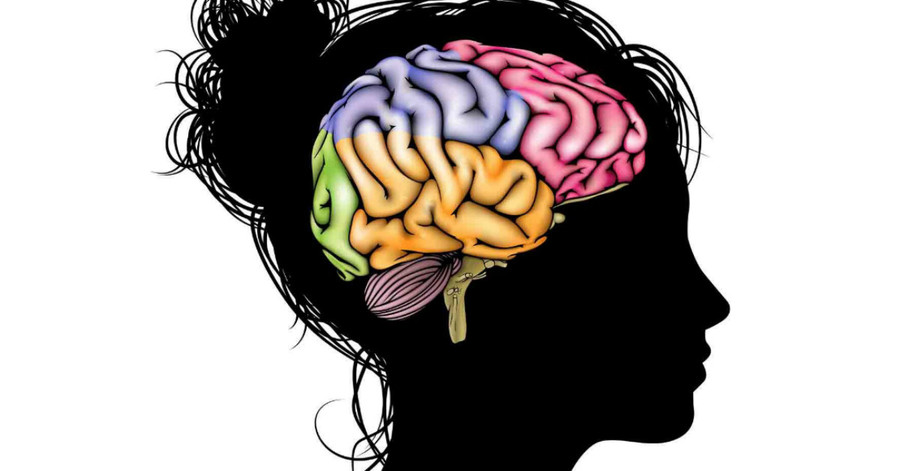 A woman in profile with a colorful brain (Photo credit: Christos Georghiou)

In March 2015, the Centers for Disease Control and Prevention issued a 65-page report to Congress about traumatic brain injury (TBI). In between pages of research and recommendations examining the diagnosis, treatment, and effects of traumatic brain injury, were stock photos of people wearing helmets while bicycling, seniors receiving treatment, or folks buckled up for a car ride. The report, â€œTraumatic Brain Injury in the United States: Epidemiology and Rehabilitation,â€� notes that TBI is a major cause of death and disability in the United States and contributes to approximately one-third of all injury deaths. TBI can be caused by â€œa bump, blow, or jolt to the head or a penetrating head injuryâ€� that â€œdisrupts the normal function of the brain.â€� The document stated that the most common causes of TBI-related hospitalization were falls, car accidents, and assault.

Most recently, TBI has been a topic of discussion surrounding the number of football players who sustain concussions and permanent damage from the physical brutality of the sport. But thereâ€™s a lesser-known cause off the field: Noticeably absent from the CDCâ€™s report was mention of domestic violence as a potential cause of debilitating brain injuries. While the report gave specific recommendations for monitoring and identifying sports-related concussions, assault was not elaborated on as a cause. Its section on specific populations to consider included children, seniors, rural residents, people who are incarcerated, and those who have served in the military, but not victims of domestic violence. The word â€œsportsâ€� appeared 24 times in the document, the word â€œwomenâ€� appeared once.

Each year in the United States, approximately 4.8 million physical assaults are perpetrated against women by an intimate partner, an underestimation due to overall lack of reporting among survivors. There is a causal association between TBI and intimate partner violence (IPV), and yet because of the personal variables associated with TBI, there have been few source studies amounting to statistical links. However, in a 2002 article from Professional Psychology: Research and Practice, â€œTraumatic Brain Injury: A Hidden Consequence for Battered Women,â€� researchers surveyed 53 women who experienced domestic violence about their injuries and found 92 percent reported being hit in the head or face during partner violence. Seventy-seven percent reported experiencing symptoms like dizziness, memory gaps, nausea, confusion, and feeling â€œout of it.â€�

Overall, the majority of women reported â€œfrequent and acute cognitive difficulties, including current problems with being easily distracted; forgetting appointments; having headaches; and having trouble concentrating, paying attention, remembering things, and doing more than one thing at a time.â€�

While some of these symptoms could be related to head injury or to the stress of living with an abuser, it does indicate a need for more research exploring links between domestic violence and head injury. A similar study, published in 2003 in the American Journal of Obstetrics and Gynecology entitled â€œEarly Identification of Mild Traumatic Brain Injury in Female Victims of Domestic Violenceâ€� called for â€œgreater vigilance in screening domestic violence victims for mild TBIâ€� because an earlier diagnosis and treatment could decrease the long-term adverse effects of TBI.

Carolyn, who lives in Oregon, is the legal guardian for her sister Paula, who survived a near-fatal domestic-violence assault [Editorâ€™s noteâ€”their names have been changed]. In April 1999, Carolyn hadnâ€™t heard from her sister in a few months, but she didnâ€™t think much of it. Today, she knows that her sisterâ€™s husband had purposefully isolated Paula as a form of control and abuse. One day, she received a call from Paulaâ€™s husband telling her that her sister was hurt and in the hospital. â€œThe doctors told me she had around a 20 percent chance of survival.â€� Paula was in a coma for two to three days and doctors had to perform an emergency craniotomy to relieve pressure from her brain. Paulaâ€™s husband was convicted for attempted murder. Since no weapon was found, and because their children were too vulnerable to testify, he served only a seven-and-a-half-year mandatory minimum sentence. 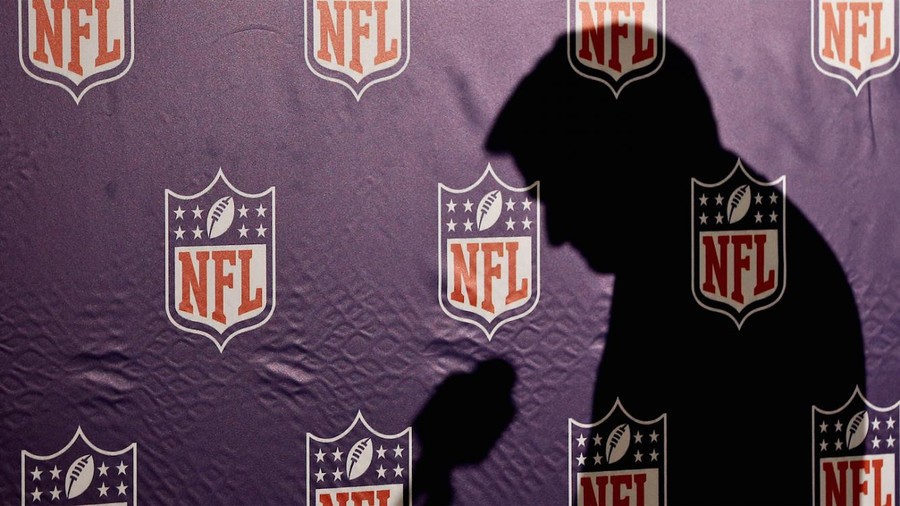 Paula was released from rehab that summer into a series of assisted-living facilities with live-in caregivers. She has undergone multiple brain surgeries and takes medication for a seizure disorder. She also suffers from serious vertigo, memory loss, and cognitive issues. â€œOnce, there was brain fluid leaking from her nose,â€� said Carolyn. â€œThey had to insert a shunt to relieve the pressure, to avoid further brain damage.â€�

Since the attack, Paula has relied on Medicare, Social Security income, disability benefits, and food subsidies as her income. Neither the district attorney nor victimâ€™s assistance stepped in to ensure Paula received the $100,000 her ex-husband was ordered to pay. Following her assault, her children were absorbed into the foster system and she lives in state-subsidized housing for people with disabilities. Unable to work, she volunteers at a local hospital. â€œItâ€™s been over 15 years and sheâ€™s still getting better,â€� says Carolyn. â€œShe understands what predators look like, although I still worry about her, since she doesnâ€™t have social filters, really.â€�

Survivors like Paula do not often have their stories told and are not the faces of people living with TBI. Much of the focus in recent TBI discussions have been on the National Football League (NFL). A 2014 Frontline segment, â€œLeague of Denial: The NFLâ€™s Concussion Crisis,â€� addressed the NFLâ€™s treatmentâ€”or lack thereofâ€”concerning the brain injury in retired football players and spurred both public conversation and recent research identifying brain dysfunction in athletes. In April 2015, a settlement was finally reached between the NFL and more than 5,000 retired NFL players who alleged that the league failed to protect players by concealing the long-term consequences and risks involved in repeated contact that resulted in concussions or mild traumatic brain injury.

Players would receive ongoing medical monitoring to track their brain health, and retired players could receive upward of $5 million for care. However, the settlement is in limbo since about 90 players have filed an appeal, stating that the coverage leaves out treatment for specific degenerative brain diseases and symptoms, including CTE (chronic traumatic encephalopathy), which has been called the signature disease of football.

Rather than putting offenders away, ostracizing them, and revoking their citizenship, restorative justice is deeply rooted in healing, care, and rehabilitation.

Boston Universityâ€™s CTE Center states that multiple brain injuries cause a growth of tau, an abnormal protein in the brain. Brain degeneration can take place months or even decades after the initial trauma and â€œis associated with memory loss, confusion, impaired judgment, impulse control problems, aggression, depression, [and] dementia.â€� There is a particular irony in talking about diagnosing and providing care to NFL players suffering from TBI, since stories have recently surfaced about players who may be inflicting the same harm on their partners. Benjamin Morris, reporting for the statistical analysis website FiveThirtyEight, found that domestic violence arrests make up 21 percent of violent crime arrests nationally, while in the the NFL, itâ€™s 48 percent.

In 2014, a leaked video showed Baltimore Ravens running back Ray Rice strike Janay Rice, his then-fiancÃ©e and now wife, inside an elevator. She falls, her head appears to hit the interior railing, and she is knocked unconscious. In 2012, a Kansas City Chiefs linebacker shot and killed his girlfriend before driving to the practice facility, where he committed suicide in front of team officials. His autopsy showed signs of brain damage. In fact, a 2012 report in the journal Trauma, Violence, & Abuse examined the link between TBI and those who commit IPV and found 53 percent of IPV perpetrators had a history of TBI, â€œa prevalence significantly higher than estimates of TBI in the general population.â€� The authors concluded that TBI â€œmay be a risk factor for intimate partner violenceâ€� although they note that the lack of source studies about TBI and IPV could affect their conclusion.G

As part of the NFLâ€™s campaign to reassure their players and fans that they are being proactive about TBI care and prevention, the league donated $30 million in unrestricted funding to the National Institute of Health in 2012. In March 2013, General Electric and the NFL collaborated to form the Head Health Initiative, a four-year $60 million grant-making program â€œto speed diagnosis and improve treatment for mild traumatic brain injury.â€� Weâ€™re also learning more about soldiers returning from Iraq and Afghanistan with TBI. In September 2008, the Department of Defense awarded the Brain Trauma Foundation a $4.6 million grant to develop a portable eye-tracking device designed to determine if servicemembers in the field have suffered any brain damage as a result of any type of head injury.

But IPV-related TBI research doesnâ€™t appear to be a priority, and itâ€™s not just the lack of funding thatâ€™s hurting IPV survivors with TBIâ€”itâ€™s the lack of information. Even on websites that should be a central hub for information regarding TBIâ€”such as the Congressional Brain Injury Task Force, whose goal is to support legislation and funding for brain injury researchâ€”readers are directed to links that tell us about youth concussion summits, helmets, young athletes, and defense-authorization bills. At the website for the Brain Trauma Foundation, the articles in its â€œTBI in the Newsâ€� page are from mainstream sources like Forbes, BBC, Reuters, The Atlantic, and the New York Times, mostly regarding sports-related concussions, NFL settlements, and inspirational military-related TBI rehabilitation stories.

Amidst the lack of coverage and information, there is some hope. The Sojourner Center in Phoenix, for example, is a full-service center for vulnerable women and children making great strides in looking at intimate partner violence and TBI. The organization acknowledges that â€œmuch like professional football players and U.S. combat troops, women and children impacted by domestic violence are far more likely than the general public to have sustained TBIs.â€� The centerâ€™s BRAIN (Brain Recovery And Interprofessional Neuroscience) program is the first in the United States to partner with professionals with the goal of sharing research correlating TBI and IPV. BRAINâ€™s approach includes developing treatments for both the perpetrator and the survivor.

In a recent HuffPost article, Melissa Jeltsen spoke with Sojourner Center CEO Maria E. Garay, who called the issue of IPV-related TBI a â€œpublic health epidemic.â€� Garay emphasized: â€œThese women are falling through the cracks. The fact that no one is tracking this is, to me, a crime.â€� In the 2008 report â€œBreaking the Silence: Violence as a Cause and a Consequence of Traumatic Brain Injury,â€� Dr. Jean Langlois Orman states explicitly that she focused on TBI and intimate partner violence due to the lack of research on the topic and the need for a multifaceted understanding of the problem. Women with TBI, for instance, may have difficulty leaving their abusers, as they are more likely to rely on them for financial support and care. In addition, they may be less likely to admit to having TBI for fear that they could lose custody of their children. Since TBI can impair cognitive functions and communication, victims may have difficulty reporting their injuries to begin with, or their perpetrators could use such confusion to discredit them.

The issue of brain injuries caused by domestic violence is obviously less media-friendly than other angles. There are no greedy sports franchises involved, no multimillion-dollar paychecks at stake. But the inherent powerlessness faced by victims of IPV is multiplied when such injuries are inflicted on themâ€”itâ€™s urgent that medical research, clinical funding, and the media at large start to pay attention to them.

Sarah Kishpaugh has written personal essays about TBI for the New York Times and Salon. Follow her on Twitter @sarahkishpaugh.