The Roomba i7+ looks like, well, it looks like a Roomba. There are few factors distinguishing the product from the last several generations. The rollers are bright green, along with a large Automatic Dirt Disposal section just below. Beyond that, however, itâ€™s nearly identical to what youâ€™ll already find on store shelves.

For iRobot co-founder and CEO Colin Angle, however, the product represents the culmination of the companyâ€™s nearly 30-year existence. â€œThis is the thing,â€� the executive explains. â€œThis is the Roomba Iâ€™ve always wanted to make.â€�

The latest version of the robotic vacuum represents a number of advances over its predecessor, chief among them the ability to know where itâ€™s going and remember where itâ€™s been. Itâ€™s a skill Angle has teased for a few years now, including several appearances on TechCrunch â€” and high atop the list of the lineâ€™s most requested features.

The feature has been teased in past versions of the home robot. Last year, the company added Clean Mapping to the 900 series. The feature lets the robot create an indoor map of the home, showing where the Roomba spent most of its time and helping it return home to the dock, even when itâ€™s on the other side of the home.

With the i7+, however, Roomba will be able to recognize different rooms. 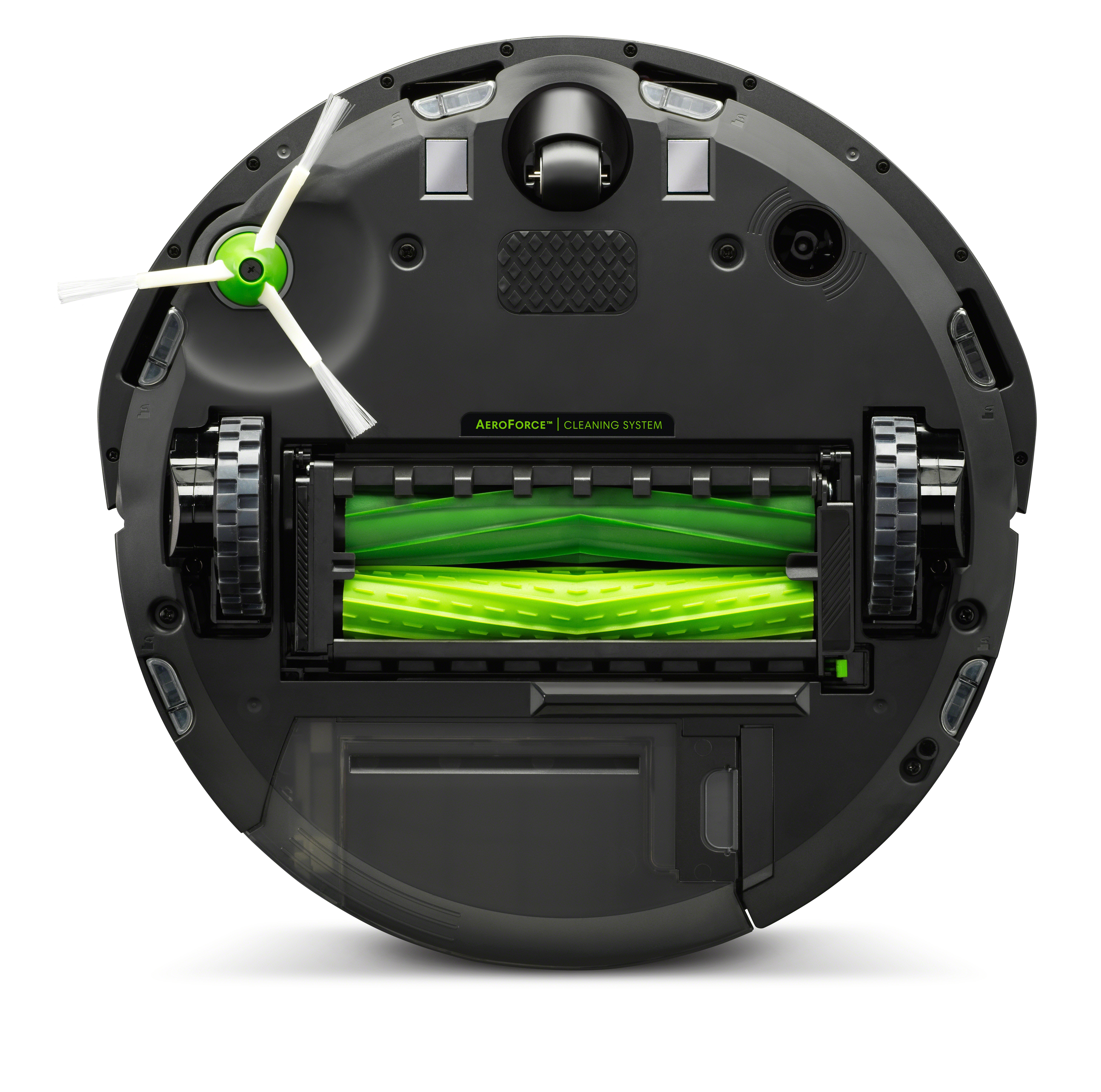 â€œThe idea that we can build this system that remembers whatâ€™s going on in the home is the big leap,â€� Angle tells TechCrunch. â€œThe 900 built maps, but didnâ€™t remember them. The goal of organizing information to enable the smart home required this robot. For the company, itâ€™s huge. We transition from being a company that is building robots to a company that is organizing spatial information in the home. Thereâ€™s a data dimension to the company that can now actually be talked about.â€�

This is accomplished, in part, due to a large jump in computational powerÂ  â€” 50x over the 900 series, according to the CEO. While most users refresh their Roombas at roughly the same rate as smartphones (every two to three years), the bump in on-board tech means the company is able to offer a device that continuously updates over the life of the product.

â€œItâ€™s much more of a platform at this point,â€� Angle says. â€œWe can improve your robot, and you should expect the robot to be more of a software product. Your ability to interact with it and the sophistication of what it can do at launch versus a year from now is actually going to be pretty different. The next time it can be smarter about what it can do.â€�

iRobot gave us a sneak peek of the product on a recent trip to its Bedford, Mass. headquarters. The iRobotÂ HOME labÂ is a 4,000-square-foot fake home protected by a series of secure doors. Itâ€™s much nicer and much larger than my own New York City apartment, save for the notes that line different piece of furniture, warning visitors not to do things like lie on the bed. 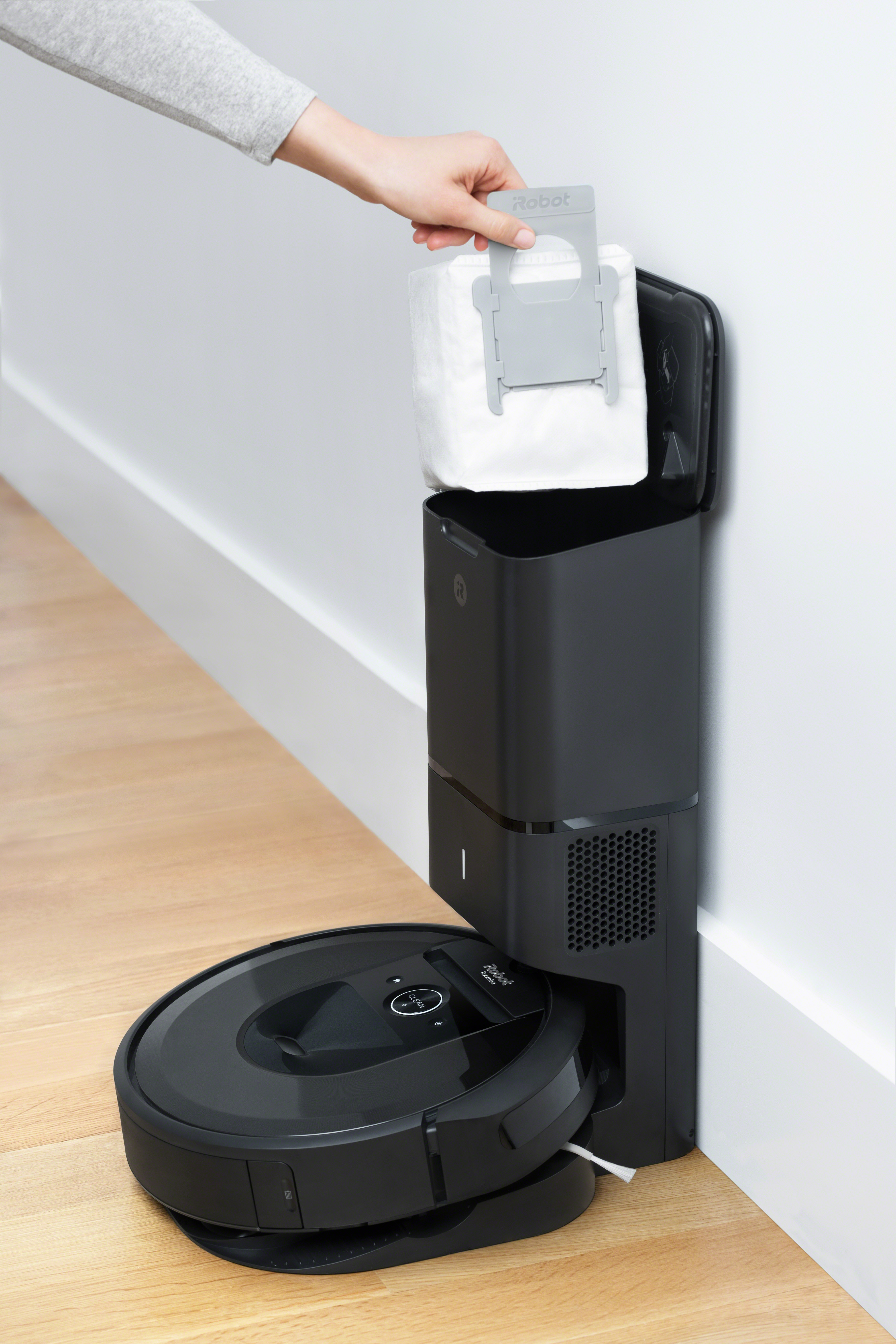 The company showed off the tech by mapping roughly half the space for the new Roomba, code-named â€œLewis,â€� as a tip of the cap to one half of the famed duo of 19th century American explorers. The combination ofÂ  iAdapt 3.0 Navigation with vSLAM location mapping makes the robot able to navigate to a destination chosen by the user. The recent additions of Google Assistant and Amazon Alexa means users can command the robot with their voice.

Thereâ€™s one more key hardware addition for the i7+, which addresses another longstanding complaint with the Roomba. The Clean Base is a large bin attached to the charging dock. Using the Automatic Dirt Disposal system, the Roomba is able to empty its own bin. Youâ€™ll still have to clean out the larger bin, of course, but only 1/30th of the time of the on-board system.Â When that bag is full, the user will get a notification from the app.

The i7+ is up for presale starting today, priced at $699. The clean base runs another $299. The robot will start shipping in September. You also can get a sneak peek of the system this week at TechCrunch Disrupt.