iRobotâ€™s robotic lawnmower was 10 years in the making

Meet Terra, the latest product line from iRobot destined to be forever known as the â€œRoomba for lawns.â€� There are worse names, of course. After all, with the Roomba line, iRobot was able do what countless startups have tried and failed before and after â€” introduce a truly mainstream home robot. If the Massachusetts-based hardware company is able to do the same for yard work, it will be a truly impressive feat indeed.

Like most of what iRobot does, however, work on the lawn-mowing robot has been slow and deliberate. In a closed-door meeting with the company at CES this year, CEO Colin Angle lifted the veil off of the robot. It was a kind of grand unveiling for a party of one. But first he explained why, precisely, it had taken iRobot so long to get into the space. 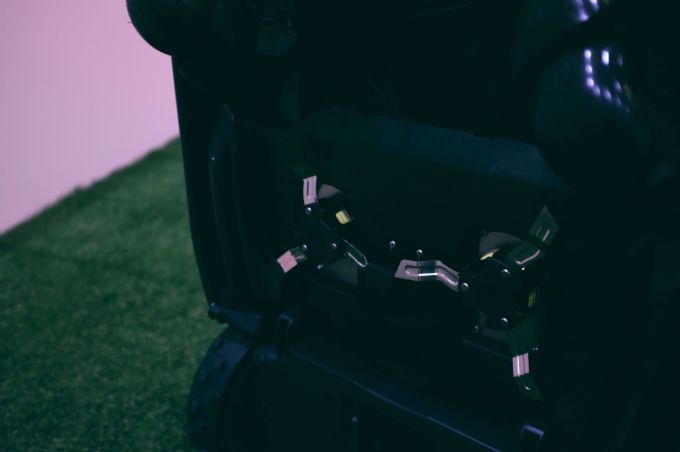 After all, the Terra is far from the first product to attempt to do for lawns what the Roomba has done for floors. Honda has already entered the space, along with lesser-known names like Robomow and Worx. But iRobot has one key thing none of the competition has â€” 17 years of experience building and evolving the Roomba line.

Even so, Angle tells me that Terra (Codenamed: Wichita) was nearly a decade in the making, with a team of between 35 and 50 members of its R&D staff devoted solely to the new product. There are many moving parts â€” both figuratively and literally â€” required to get a product like this just right. And certainly moving outdoors on uneven surfaces with a new objective requires more than simply iterating on the Roomba teamâ€™s work. The slanted legs on trampolines have apparently proven particularly difficult for roboticists to get their brains around.

In fact, the company has been covertly testing the mower outdoors, in a fenced-off section of the companyâ€™s Bedford, Mass. parking lot that was once a battleground for its military robotics (spun off in 2016 as Endeavor Robotics). I know Iâ€™d visited the companyâ€™s HQ a few times in those intervening years and wasnâ€™t any the wiser. 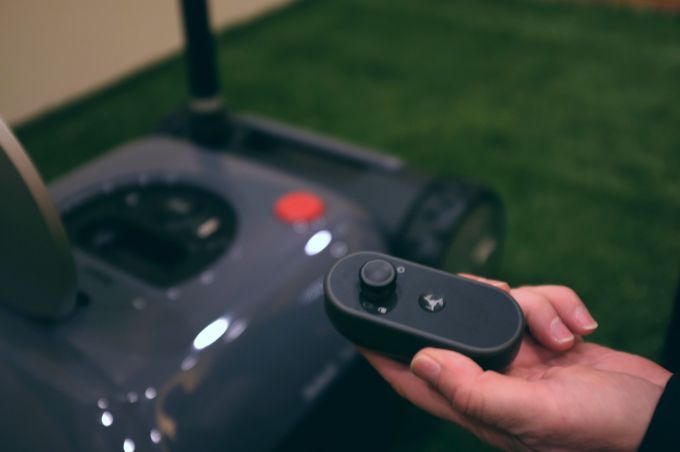 The Terraâ€™s operations should prove familiar to anyone who has spent time with recent versions of the Roomba. The mower lives primarily on a charging dock. The first time you send it out, the mower cases the joint using iRobotâ€™s Imprint smart mapping technology â€” a larger-scale version of what youâ€™ll find on the Roomba.Â The vision system is more equipped for obstacles and uneven lighting situations that arise in the outdoor setting.

The top of the robot opens to reveal a small remote control so the driver can cruise it around manually the first time to help show Terra where to go. The remote can also be used later, for those whoâ€™d prefer to take it for a joy ride.

Similar to the Roomba, the system utilizes a beacon system (it ships with two). Here theyâ€™re relatively unobtrusive poles that stake into the ground, helping create virtual boundaries for yards that donâ€™t have fences or other natural borders. The system also utilizes the same Home app as Roomba, so users can remotely monitor its progress and the like. 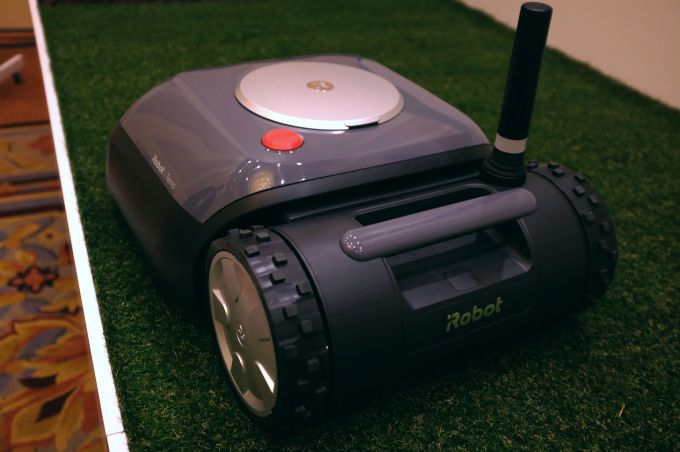 Terra doesnâ€™t have a bag on board, instead relying on a mulching system like you get on most industrial mowers. The robot takes on a lawn in a much more orderly fashion than Roomba, going back and forth to stripe the lawn. The battery should be more than enough for most residential lawns, but if it runs out of juice, Terra will return to its base to charge back up and pick up where it left off.

The system is weatherproof â€” though if you live in a particularly cold area, if might be best to bring it in when the snow piles up. Thereâ€™s also a security system on board that assures Terra canâ€™t be used if moved from its given lawn.

Lots of details like pricing are still forthcoming. Interestingly, the robot will launch first in Germany, later this year, with a beta program launching in the U.S., so the company can continue to tweak the system.