FinAccel, a Southeast Asia-based startup that offers a digital credit card service in Indonesia, has closed a $30 million Series B round as it begins to consider overseas expansion.

The company launched its ‘Kredivo’ service two years agoÂ to help consumers pay online in Southeast Asia, where credit card penetration is typically low,Â and it is essentially the combination of a digital credit card and PayPal. The service is available in Indonesia, Southeast Asia’s largest economy, where it uses a customer’s registered phone number — there is no physical credit card — and a dedicated checkout on online retail websites.

For consumers, the service offers a 30-day payback option and then more longer-term options of three, six and 12-month payback windows. The 30-day option is interest-free, but other plans come with aÂ 2.95 percentÂ per month charge on the reducing principle, which effectively makes it 25 percent flat.

FinAccel says it has credit scored close to two million consumers in Indonesia, while on the retail side it has partnered withÂ 200 online sales platforms including large names such as Alibaba’s Lazada, Shopee (which is owned by U.S.-listed Garena), and unicorn Tokopedia, which counts SoftBank and Alibaba among its investors.

This new investment, by the way, is a notable one for Southeast Asia, which has generally been considered to have a gap in Series B funding, so $30 million for a two-year-old business is quite something.

The round itselfÂ is led by Australia’sÂ Square Peg Capital — in what is one of its highest-profile overseas deals to date — alongside new investors MDI Ventures, which is affiliated with Telkom Indonesia, and UK-based Atami Capital. Existing investors Jungle Ventures, Openspace Ventures, GMO Venture
Partners, Alpha JWC Ventures and 500 Startups also took part in the round. 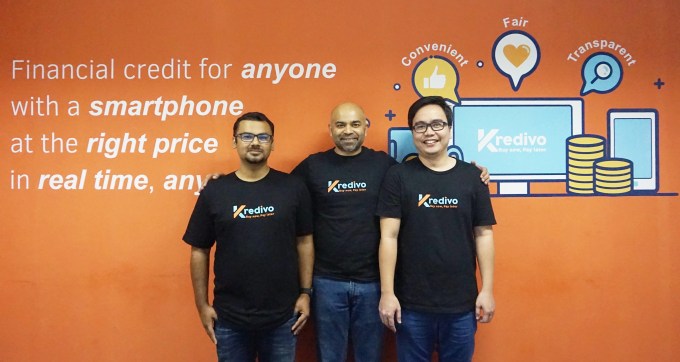 The startup raised a seed round of over $1 million in 2016, before quietly raising a $5 million Series A last year, FinAccelÂ co-founder CEO Akshay Garg revealed in an interview with TechCrunch.

Garg,Â who founded ad tech firm Komli, said the company is processing “hundreds of millions” in U.S. dollars per year and the immediateÂ plan is to keep growing in Indonesia.Â Already, however, it is eyeing up potential expansions with its first move overseas is likely to be in Southeast Asia in early 2018, although he declined to provide more details.

“Our goal is to become the preferred digital credit card for millennials in Southeast Asia,” he told TechCrunch. “Those are consumers who are mobile-first and already bankable. The credit gap in this market is huge, there’s no electronic verification and other things that we take for granted in the West just don’t work here.”

FinAccel isn’t going after the unbanked in the region, but it also isn’t going after banks either. Garg said that it is possible that the company might try to work with banks in the future in order to grow its market share and offer new products.

One area it is looking at is financial products — such as loans for personal, educational and emergency purposes — but there could be ways to leverage its online presence and adoption among young people and work with existing financial institutions, which heÂ believes simply aren’t equipped to reach out in the same way.

“We don’t see ourselves disrupting the banks, we are more partners,” he explained. “We could partner on balance sheet and onÂ issuing credit cards to offer more efficient and seamless financial inclusion at best possible rates.”

Note: The headline of this article was changed to reflect thatÂ Kredivo is the consumer-facing brand, although FinAccel remains the company name.