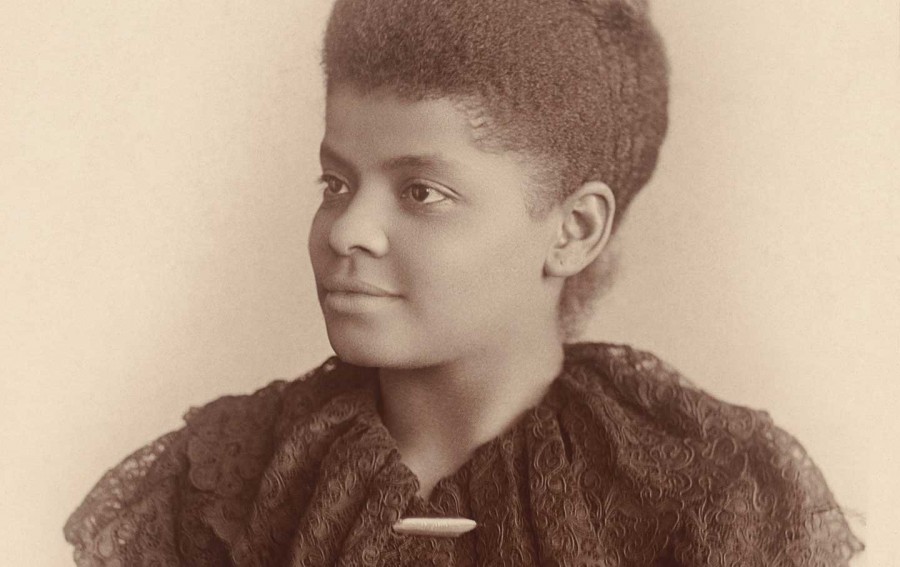 Ida B. Wells in 1893 (Photo courtesy of Wikimedia Commons)

In her 1987 article â€œMamaâ€™s Baby, Papaâ€™s Maybe: Mamaâ€™s Baby, Papa’s Maybe: An American Grammar Book,â€� Black feminist theorist Hortense Spillers wrote that â€œthe cost of Americanization, of equality, is to forget.â€� If this is so, what is the price paid for forgetting? After all, memory is an issue of national concern. Who and what we choose to honor with remembrance often reveals a societyâ€™s true foundation, and as factions form around some of Americaâ€™s most controversial statues, weâ€™re witnessing the issue of public memory firsthand. Public monuments are meant to affirm the importance of historical figures, events, and landmarks, and their erection and removal have inspired nationwide controversy.

The 2015 mass shooting in which nine African Americans were murdered in a Charleston church by white supremacist Dylann Roof spawned intense debates over Confederate statuary. Since then, following a series of protests and local ordinances, more than 110 Confederate monuments have been removed across the United States. Protestors have also successfully advocated for the removal of statues dedicated to J. Marion Sims, the purported â€œfather of gynecologyâ€� who used enslaved women as test subjects, and Confederate Commander Robert E. Lee. But as Americans grapple with the propriety of publicly honoring the nationâ€™s sins and sinners, little room has been left to imagine new statuary.

There are a limited number of monuments in the United States that honor women (of any race) and nonwhite people (of any gender). In 2011, the Smithsonian Art Inventories catalog found that of 5,193 outdoor monuments, only 394 honor women. And in an already unjust landscape, Black women face an uphill battle in being publicly memorialized.

In 1923, North Carolina Congressman Charles Manly Stedman proposed the construction of a memorial to honor the â€œfaithful colored mammies of the South.â€� With the support of Southern leadership groups like the Daughters of the Confederacy, the Senate backed the bill to memorialize the enslaved Black women who performed domestic labor. But the protests from Black leaders in responseâ€”as well as backlash in the national pressâ€”led the bill to stall out in the House of Representatives. Nearly a century later, however, thereâ€™s a new push to honor a Black heroine of Americaâ€™s past.

Activist, anti-lynching crusader, and journalist Ida B. Wells-Barnett sought to unravel the lies used to justify racism and lynching. In 1893, she published Southern Horrors: Lynch Law in All Its Phases, a series of pamphlets that featured detailed reporting about racism and classism as the root causes of mass lynchings in the South. Undeniably informed by Wellsâ€™s legacy, the National Memorial for Peace and Justice in Montgomery, Alabama honors the more than 4,000 Black men, women, and children who were lynched. Despite her work, Wells herself is yet to be recognized in American statuary. Now, the Ida B. Wells Monument projectâ€”led by the Ida B. Wells Commemorative Art Committee, the Oakwood Shores Working Group, and Wellsâ€™s great grandchildren, Michelle and Daniel Dusterâ€”wants to erect a statue of the journalist in Chicagoâ€™s Bronzeville neighborhood.

Michelle Duster began thinking about the project in 2002 when the Ida B. Wells Homes, a public housing community in Bronzeville, was demolished. â€œI wrote a letter to Mayor [Richard M.] Daley and I asked him what the city planned to do to still honor her,â€� Duster said in an interview with The Outline. To her surprise, she was not alone in her concern for Wellsâ€™s commemorative future. In 2008, she joined the committee thatâ€™s now leading the monument project and have commissioned world-renowned sculptor and native Chicagoan Richard Hunt to build the 20-foot tall statue.

Ida B. Wells plaque in Tennessee 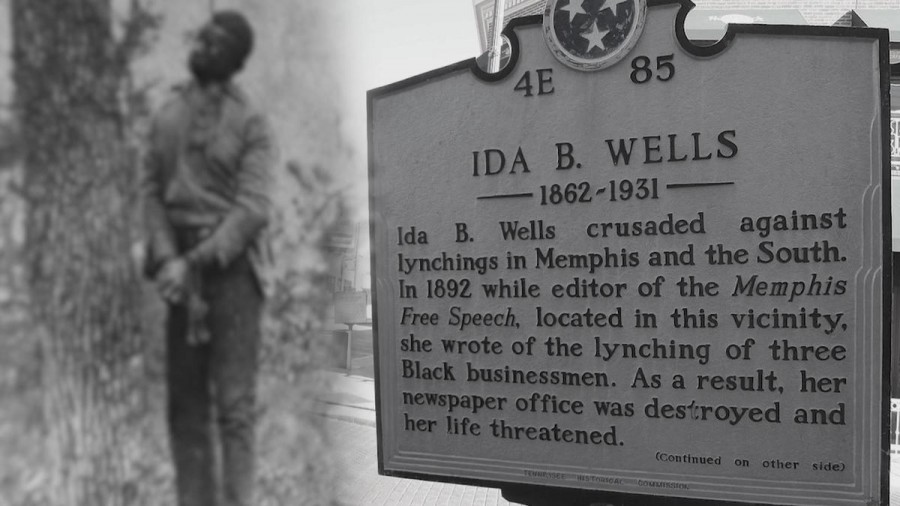 If the project is successful, and the statue is donated to the City of Chicagoâ€™s Public Art Collection as currently intended, it could reimagine public remembrance as a community-funded endeavor rather than a government-initiated one. Traditionally, memorial projects of this kind are reliant on government funding, nonprofits, and/or corporate donors. But, with the support of community fundraising , particularly the Ida B Wells Monument NYC Fundraiser, which was led by Black women writers and organizers, including New York Times Magazine reporter Nikole Hannah-Jones, the monument has been fully funded.

Though the Ida B. Wells project received sizeable donations from organizations, crowdfunding small donations from ordinary people is a reminder that networking and coalition building is important as it relates to changing the demographics of public memorials, especially where Black women are concerned. This proposal is one of a number of projects announced in recent years that vow to venerate and memorialize Black women who have irrevocably shaped the United States. In the last months of the Obama administration, the Department of Treasury announced that Harriet Tubman would grace the $20 bill alongside slave-owning president Andrew Jackson. (Unsurprisingly, the Trump administration has since suspended that plan.)

On June 18, the Thomas Jefferson Foundation debuted an exhibit at Monticello that honors Sally Hemings, an enslaved Black woman who bore six of Jeffersonâ€™s children. California Senator Kamala Harris and New York Representative Yvette Clarke have introduced a bicameral bill that would put a statue of Shirley Chisholmâ€”the first Black woman in Congress and the first to run for presidentâ€”in the U.S. Capitol. Together, these endeavors are all part of a larger effort to, in the words of Ida B. Wells, â€œshine the light of truthâ€� on Black womenâ€™s history.

While the politics of commemoration are fraught, statues and memorials allow us to reflect on the individual accomplishments of Black women in a nation that wants to erase these legacies. Through these public monuments, Black women of the past can finally get their just due, and in the process, our futures can take shape.

A Maryland-D.C. native, Jordan McDonald is a writer, editor, and organizer studying sociology at Dartmouth College. Her work explores American history, pop culture, queer identity, literature, and politics as they relate to Black women’s lived experiences in the past and the present. She has been published in Teen Vogue, Huffington Post, Bitch, Black Praxis, The Dinner Table Doc, and The Brave Some. Her hobbies and interests include writing, reading Black women’s memoirs, concert-going, binge-listening to podcasts, BeyoncÃ© standom, wasting time on Twitter, and eating Talenti gelato.