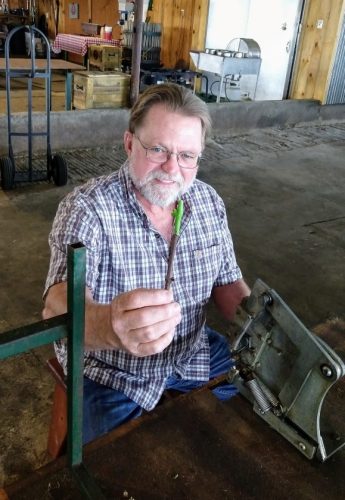 The (3rd) Joe Ginet, of Plaisance Ranch, demonstrating the art of vine propagation

The third Joe Ginet is a bit of a torch-bearer.

He and wife Suzi preside over Plaisance Ranch, a former dairy farm, now turned organic beef cattle ranch, which also happens to be a twenty-acre vine nursery (now with over twenty varieties), and (since 1999) a vineyard as well, in keeping with the tradition of his father Joe and grandfather Joe. It’s grandad Joe who lived a the-kids-are-gonna-be-talking-about-this-one-for-generations portion of this little tale or Rogue Valley viticulture. 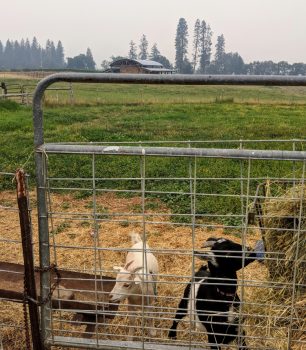 One hundred years before the third Joe Ginet planted vines at Plaisance, his grandfather Joe Ginet made his way from France’s Savoie to the USA, after having been discharged from the French military, and established Plaisance Orchard near Jacksonville. About six years later, he made his way back to France to pick up his fiancee. Instead of a bride, however, a jilted Joe G. returned to Oregon alone. Well, alone apart from some vine cuttings from his family vineyards.

Not to be deterred, ol’ Joe eventually did get hitched in 1912 – to a French Canadian bride that “he mail-ordered” according to Plaisance Ranch’s Joe G., who now makes about 2,000 cases of wine annually from 21 different grape varieties, derived from “about 42 different selections, if you count all of the clones involved” (apparently, the third Joe G. is into complexity). One of those varieties (a Savoy specialty), in particular, is so geekily and entertainingly interesting, that I felt compelled to write about Plaisance after my visit based on that varietal wine alone…

But before we get to that, it’s well worth taking a deeper look into some of the other 21-some-odd wines that Ginet now offers, many of which encapsulate both a sense of deep history and an undeniable charm (check the Plaisance website for availability). 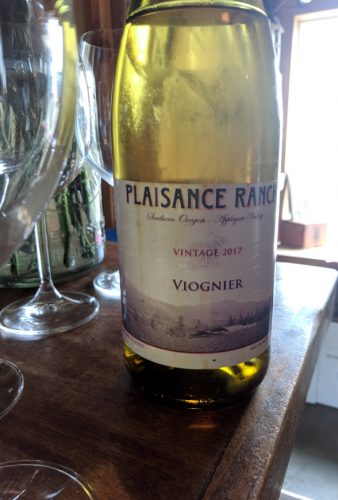 My notes indicate that this lovely, lively, and peach-and-pear-filled white is “floral AF!” NOt my most eloquent descriptor, but if you like your Viognier less on the overripe-melons-in-yo-face side, and more on the zesty, white flower-laden side, this one is your jam (without the jam).

Joe G. digs on Bandol, and so this red ended up being one of his passion projects. “I don’t get to make a red wine out of this every year,” he told me, due primarily to the difficulties in getting it properly ripe in the Southern Oregon clime. In the case of 2015, however, this is on-point: inky, with notes of green tobacco and herbs, dark berries, black pepper, and a lithe, beguiling mouthfeel. 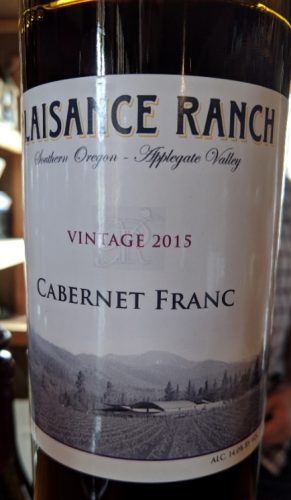 In my not-so-humble opinion, it’s a rare thing to find a Cab Franc in the USA that nails a sense of balance on the palate, but this one does just that. The mainstream critics will likely hate on the green herbal notes here, but I love that this red manages to keep those while also flaunting some of CF’s darker, plummy fruit flavors. There’s ample jump to the palate, and the end result is just a fresh, tasty, honest homage to European expressions of the grape. 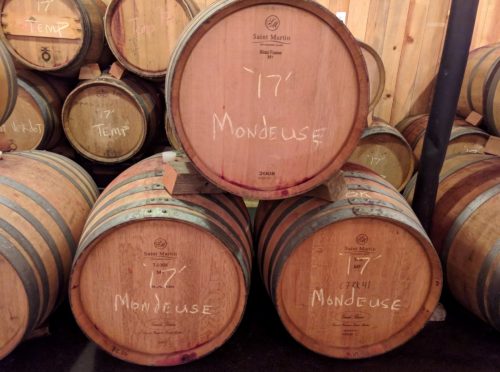 Now we get to the main event, an ancient grape known primarily from granddad Joe Ginet’s native Savoie, and a labor of love for the modern incarnation of Joe Ginet, who has been making a varietal labeling of Mondeuse since 2013, but began his journey in bringing this grape (once nearly wiped out by phylloxera in France) about fifteen years before that vintagee. 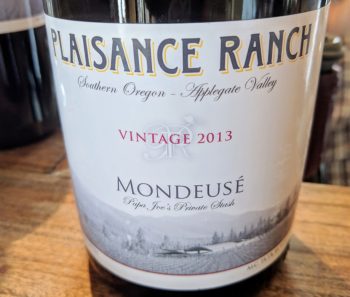 Naturally, the vines are from his family’s vineyard in Savoie, and had to spend a few years in quarantine, after which began what seems like a simple, 97-step process of vine cuts and plant propagation, taking roughly five years to get enough vines to actually make up an entire row in the vineyard. Apparently, the TTB also had some issues understanding that Mondeuse noire was an actual fine wine grape variety, and so (today’s) Joe G. also found himself having to make a case to convince a government agency that his Mondeuse vines were, well, actually for wine grapes and all that.

Generally, only a few barrels of this get made, so coming by it will not be easy. It’s worth seeking out, particularly if you find yourself in the Applegate area, because it’s got uniqueness to spare. Minerals, cranberry, cola, earth… the nose is characterful, rustic, and fun, with notes of meat, violets, and red plums, and it wears its age with aplomb. This one is deceptively versatile, and I found myself wanting to grill up some of the Plaisance Ranch burgers after getting a mouthful of this stuff…