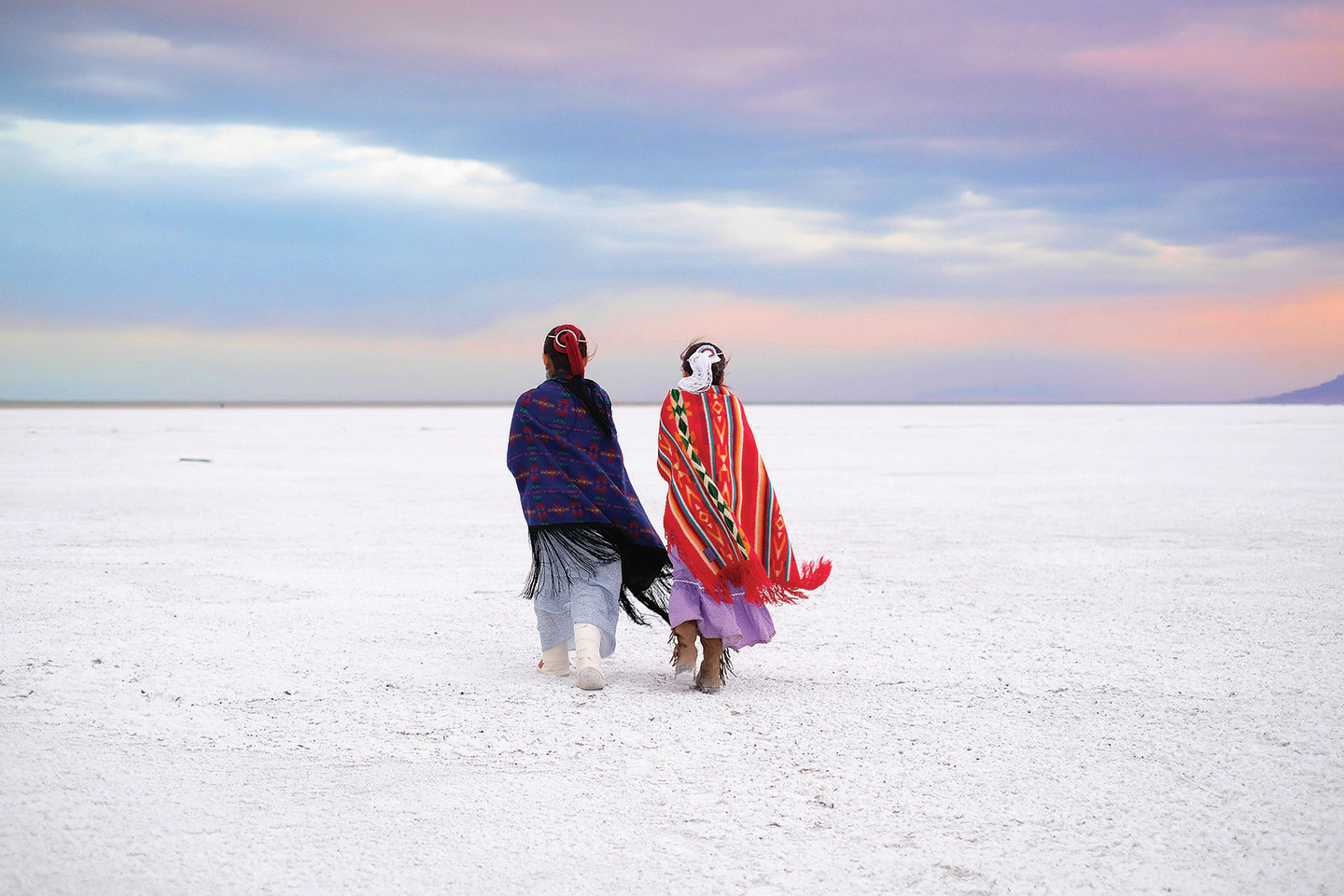 On October 16, 2014, emerging actress Misty Upham was found dead after falling over a cliff in Auburn, Washington. Though sheâ€™d disappeared 11 days before, local police refused to help her family search for her, according to family friend Tracy Rector.

On December 21, 2015, my aunt Lonette Keehner was stabbed to death at a Super 8 hotel in Missoula, Montana, by two meth-addicted white supremacists. The judge said that their ties to white-supremacist organizations would not be taken into consideration in their sentencing.

On May 2, 2016, 11-year-old Ashlynne Mike was kidnapped from the Navajo Reservation in San Juan County, New Mexico. She was sexually assaulted and murdered. Mikeâ€™s relatives claim that the local police didnâ€™t communicate with neighboring jurisdictions, which hampered the investigation.

Upham, Keehner, and Mike are just three of thousands of Indigenous women who have gone missing or been murdered in the past few decades. In Canada alone, according to the Royal Canadian Mounted Police, the count is more than 1,300 Indigenous women missing or murdered since the 1980s.

Unfortunately, thereâ€™s no comparable database that keeps track of missing and murdered Indigenous women (MMIW) in the United States, but on some reservations, the murder rate is 10 times higher than the national average.

Too often, violence against Indigenous women is met with silence from authorities, thanks in part to jurisdictional limits that prevent some tribal courts from prosecuting nontribal members. Investigations are often delayedâ€”and sometimes, authorities donâ€™t look into these cases at all. So in an effort to keep their communities safe, Indigenous activists have begun using crowdsourced databases, community patrols, and other methods to seek justice.

Prior to the colonization of North America, sexual violence was almost nonexistent in tribal communities, according to legal scholar Sarah Deerâ€™s 2015 book The Beginning and End of Rape: Confronting Sexual Violence in Native America. Women, trans, and two-spirit folks were considered essential to community life, so violating them was an unforgivable offense. In her book, Deer notes that â€œunlike the American legal system, most indigenous legal systems were victim centered,â€� with punishment often including banishment or death.

During colonization, sexual violence became a way of controlling Indigenous communities. Sex trafficking and rape were common during the forced relocation of tribal nations in the early to mid-19th century. Deer notes that U.S. soldiers often â€œcoerce[d] Native women into providing sexual services to receive food, clothing, and blankets.â€� In government and church boarding schools designed to â€œreeducateâ€� Indigenous youth and sever their ties to their culture and family, upwards of 60 percent of students were subjected to rape or physical abuse from the late 19th to the mid-20th century.

Today, sexual and gendered violence is one of the greatest issues plaguing Indian country. According to the U.S. Department of Justice, 34 percent of Native women are raped in their lifetime, and a 2009 Centers for Disease Control and Prevention study found that 39 percent of Native women have experienced intimate-partner violence.

To make matters worse, tribes in the United States have historically been barred from prosecuting non-Native offenders without permission from Congress. The 2013 reauthorization of the Violence Against Women Act (VAWA) improved these jurisdictional issues slightly, and tribes now have the authority to prosecute non-Natives for certain crimes related to domestic and sexual violence. Though it is a crucial first step, VAWA has its limitationsâ€”cases involving child sexual abuse, stalking, or sex trafficking are not coveredâ€”and only 18 of more than 500 tribes have so far gained this special prosecutorial authority.

Politicians are just beginning to compile data about this epidemic. When Prime Minister Justin Trudeau was elected in 2015, he formed an inquiry to research MMIW cases over a two-year span and promised a â€œtotal renewalâ€� of Canadaâ€™s relationship with Indigenous peoples. Yet it took 10 months to appoint a community-liaison staff, and even longer to appoint a health team to provide support to victims and their families during the hearings.

Many activists and tribal political leaders have called on Trudeau to restructure the inquiry to center families and grassroots advocates rather than government-appointed commissioners focused on â€œtruth gatheringâ€� (government hearings) and legal-system â€œjustice.â€� In August 2017, the families of 30 victims requested that the reset address the status of two-spirit, trans, and queer people, whose experiences they believe were overlooked in the initial inquiry report.

Thereâ€™s even less focus on MMIW in the United States, but things are slowly changing. In October 2017, North Dakota Senator Heidi Heitkamp introduced Savannaâ€™s Act, named in honor of Savanna LaFontaine-GreyWind, a pregnant Indigenous woman who was brutally murdered in Fargo, North Dakota, on August 19, 2017. The bill would require the U.S. attorney general to adopt standardized protocols for dealing with MMIW; train tribes and law-enforcement agencies specifically to deal with MMIW; and update federal databases to include each victimâ€™s tribal affiliation. Unfortunately, the bill has stalled in the Senate.

While working on her dissertation about using cartography to better understand the MMIW crisis, University of Lethbridge doctoral candidate Annita Lucchesi became frustrated by the lack of cohesive data on MMIW. So in 2015 she created the MMIW Database. Lucchesi updates the database biweekly, and has recorded more than 2,500 cases of missing or murdered Indigenous women, trans, and two-spirit people.

â€œI get at least five database requests a week, and most of them are from community members. I think itâ€™s very important for people to be able to have something like this to reach out to, especially something that isnâ€™t run by a journalist or a government agency. Itâ€™s run by someone from their community,â€� she told me.

Lucchesi gets most of her information from social media, and then finds the actual case information to enter into the database. â€œItâ€™s an emotional process to deal with this data, and itâ€™s not something I work with casually. I have to set aside a whole day for it.â€�

Itâ€™s unconscionable that we must beg for justice for our sisters, aunts, and mothers
â€”but thatâ€™s our reality.

Community activists are currently driving the conversation around MMIW by organizing marches, creating art installations, and hosting teach-ins. In Winnipeg, the Mama Bear Clan (a group of Indigenous volunteers) patrol the city streets at night to hand out food, blankets, and sweetgrass (a spiritually important plant used for prayer or cleansing); collect dirty needles; and use their presence to increase street safety. Winnipeg has a high percentage of First Nations residents, and many of them live in North Point Douglas, a neighborhood with high crime and poverty rates. North Point Douglas also runs along the Red River, an area where the remains of several murdered Indigenous women have been found.

The Mama Bear Clan is also working to reclaim the streets because Indigenous residentsâ€”especially those who are poor, homeless, or sex workersâ€”are criminalized by the police. Indigenous people face disproportionate rates of police violence; in the United States, Native Americans are more likely to be killed by the police than any other racial group, which creates a policing paradox. On one hand, over-policing burdens communities of color, but under-policing (due to jurisdictional issues or police bias) leaves Indigenous communities to deal with the violence on their own. Both over- and under-policing deepens distrust between communities of color and the police.

Thatâ€™s where Winnipegâ€™s Drag the Red Initiative comes in. Volunteers dredge the banks of the Red River every spring to search for clues that might lead them to missing and murdered people. Drag the Red was founded in 2014 after the body of a 15-year-old Sagkeeng First Nation girl, Tina Fontaine, was found in the river. Some Drag the Red volunteers, including cofounder Bernadette Smith, have deeply personal connections to the initiative: Their own sisters, cousins, or aunts are missing Indigenous women. Smithâ€™s own sister, Claudette Osborne, has been missing since 2008.

The fact that the Mama Bear Clan, the Drag the Red Initiative, and the MMIW Database are led by Indigenous women shouldnâ€™t be undervalued. Many tribal communities formerly perceived gender as having â€œhorizontal distinctions rather than a vertical hierarchy of authority,â€� according to Deer. But colonial heteropatriarchy transformed tribal gender relations, forcibly shuffling women and two-spirit people from positions of political power into subordinate positions, first by the government and later in their own communities. The ancestors of these women are now reclaiming that power and leadership in a time when Indigenous communities are scarred by generations of sexual violence.

There are myriad reasons that Indigenous women go missing and are murdered at higher rates than others. In her dissertation research, Luchessi stumbled on the case of Jane Bernard and Doreen Hardy, two Ojibwe women who were found dead on a beach near Thunder Bay, Ontario, within a week of each other in 1966. A month before their deaths, the body of Lorraine Rivers, a woman identified in the press as white, was found on the same beach. The police department immediately offered an award for any information about Riversâ€™s death, but nothing was offered for the two Indigenous victims until 2010â€”44 years after their deaths. Their murders remain unsolved.

Itâ€™s unconscionable that we must beg for justice for our sisters, aunts, and mothersâ€”but thatâ€™s our reality. We must continue to build communities that value personal agency and gender equity. Violence against Indigenous women, queer, and trans people is not inevitable. Relying solely on state systems for justice doesnâ€™t challenge the legacy of colonialism. We deserve â€”and demandâ€”better than that.

Abaki Beck (she/her/hers) is a young writer and agitator passionate about racial justice, public health, and Indigenous community resiliency. Professionally, Abaki has worked for the U.S. House of Representatives; conducted oral-history research on Blackfeet food sovereignty; and is currently in the field of urban planning/community development. Abaki is the founder and editor of POC Online Classroom, a website that curates social justice readings, resources, and syllabi and is also the co-editor of the Daughters of Violence zine. She is a mixed-race indigenous person enrolled in the Blackfeet Nation of Montana with Red River MÃ©tis and European-American blood mixed in.