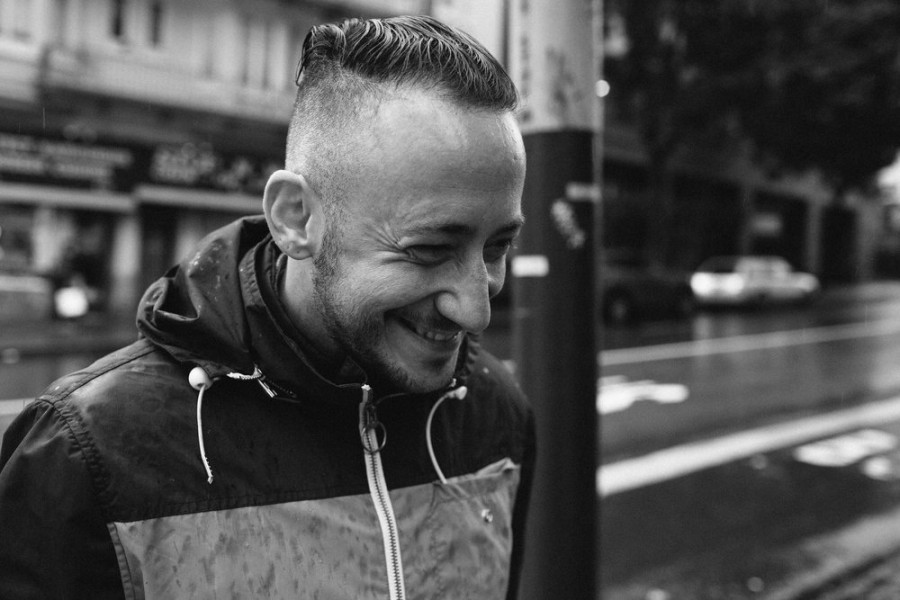 Why do men fight? It feels like an essential question in 2018, as reports of menâ€™s violence against women proliferate, a pugnacious racist in the White House keeps us teetering on the edge of war, and white men across the country carry their torches in the streets, ready for a battle of their own creation. And so itâ€™s a question Thomas Page McBee returns to again and again in his new memoir, Amateur: A True Story About What Makes a Man. He speaks with academics, family members, and strangers at the gym. He looks in the mirror and interrogates his own past in search of an answer. Most significantly, he begins training to become a boxer, spending five months with other fighters to prepare for a charity match at Madison Square Garden.

McBee is a white American man himself, but heâ€™s also trans. And this is the essential lens through which he documents his journey into the arena of masculinity where â€œthe rules are numerous, and confusing, and often destabilizing.â€� From the paralyzing self-doubt of stepping into the ring opposite a cisgender man to the acute fear of exposing his naked body in the locker room, McBee is consistently vulnerableâ€”both physically and in how he shares his experience. Yet at the end of Amateur, after all the punches, interviews, and introspection, the author does not arrive at any simple answers. Instead, that initial question about men and fighting multiplies into larger ones.

Early on in the book, McBee notes that stories of trans people so often end with the main characters â€œfinally being themselves.â€� But as the title suggests, the writer is not only a neophyte when it comes to boxing; heâ€™s also still learning to navigate American manhood at-large. While he gets closer and closer to that eventual fight night in New York, his investigation of men is made more powerful by this lack of certaintyâ€”ultimately asking whether anyone, including those who flaunt their political strength in Washington D.C., truly comprehends the meaning of masculinity: â€œNone are born understanding themselves to be man or an American or straight or white. We become the bodies we have, the sum of history moving through us, quickfire, like a sickness or a rebellion.â€�

In opposition to that kind of ambiguity is the work of psychologist Jordan Peterson, whose wildly popular 12 Rules for Life: An Antidote to Chaos makes an authoritative claim about menâ€”today, and throughout history. Peterson, who once refused to use the gender-neutral pronouns requested by trans students at the University of Toronto, was recently described in the New Yorker as â€œone of the most influentialâ€”and polarizingâ€”public intellectuals in the English-speaking world.â€� And part of his appeal, particularly to other white cis men, rests in his perception of a trend toward â€œchaosâ€� in modern society that demands a return to the â€œorderâ€� of traditional masculinity.

He is, like many men, happy to insist that he knows exactly how others should behave. But he takes his cues almost exclusively from those in power, apparently believing that the longevity of patriarchy is proof of its essential value: â€œOur society faces the increasing call to deconstruct its stabilizing traditions to include smaller and smaller numbers of people who do not or will not fit into the categories upon which even our perceptions are based. This is not a good thing. Each personâ€™s private trouble cannot be solved by a social revolution, because revolutions are destabilizing and dangerous.â€�

McBeeâ€™s deconstruction in Amateur, which goes far beyond â€œprivateâ€� troubles, is likely the destabilizing sort of rebellion that Peterson is afraid of. What connects these two, though, is an agreement that weâ€™re amidst a historic turning point for men in the West. And theyâ€™re not alone in that assessment. While Peterson finds reason for concern in the lack of masculine structure in the world, McBee pinpoints a rising tide of frustrated white men in the years leading up to the election of Donald Trump. â€œMen keep trying to fight me,â€� he tells friends. Sociologist Michael Kimmel, who appears in Amateur, wrote his own treatise on â€œangry white menâ€� in 2013, and the frustrations he documentedâ€”which today have led many to Petersonâ€”seemed to come to a head during that yearâ€™s #GamerGate harassment campaign (The Guardian described Gamergate as a â€œlast grasp at cultural dominance.â€�)

Amateur: A True Story About What Makes a Man by Thomas Page McBee 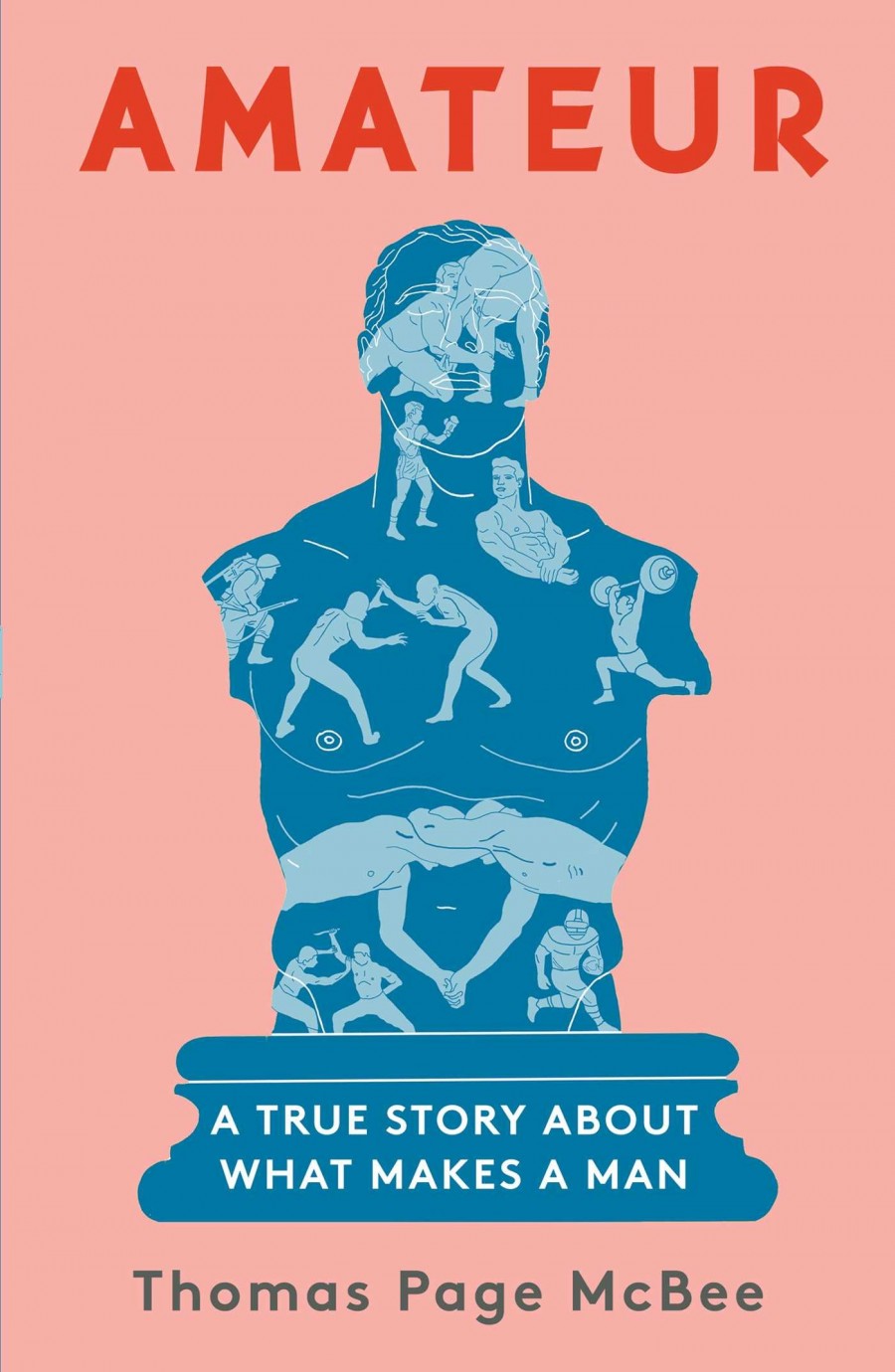 Yet nearly 15 years earlier, in 1999, author Susan Faludi observed that in the face of social upheaval and a changing economic landscape, â€œthe elements of the old formula for attaining manhoodâ€� had â€œvanished,â€� and men were increasingly sad and angry as a result. It seemed to her, at the time, that men had â€œlost their compass in the world.â€� And 40 years before Faludi wrote Stiffed: The Betrayal of the American Man, Arthur Schlesinger Jr. wrote a 1958 essay for Esquire titled â€œThe Crisis in American Masculinity,â€� in which he echoes Petersonâ€™s fear of change, declaring that something has â€œgone badly wrong with the American maleâ€™s conception of himself.â€�

The examples stretch back much further (Kimmel has a piece titled â€œThe â€˜Crisisâ€™ of Masculinity in 17th-Century Englandâ€�) and point to something more systemic. The racist aggression in Charlottesville was not only a defense of this countryâ€™s ever-present history of white supremacy but of white supremacist patriarchy. Indeed, as Tania Modleski once wrote, men have historically consolidated their power â€œthrough cycles of crisis and resolution, whereby [they] ultimately deal with the threat of female power by incorporating it.â€�

Which is why McBee starts to believe that â€œbeing in crisisâ€� is the defining feeling of manhood, whether heâ€™s punching another man or thinking of the abuse of his own father. But rather than settling for the allure of Petersonâ€™s cynical narrative, which sees an excess of femininity as the problem, he looks deeper. He begins to wonder why he set out on this path in the first place, starting to recognize the moments when he enjoys dominating others while training, or when he ignores the boxing opinions of his sister. He writes a chapter titled â€œAm I a Sexist?â€� and acknowledges the power he gains as more people view him as a â€œreal man.â€� He listens to women share stories of sexual harassment and practices saying â€œI believe you.â€�

Those socialized to be men learn to forcefully cling to power, but they arenâ€™t predestined to be that way. Yet what is the masculinity that exists beyond patriarchy?

Meanwhile, Peterson is confident in 12 Rules for Life that the aggression of men is rooted in â€œwomenâ€™s proclivity to say no.â€� He also insists, from his essentialist viewpoint, that women are naturally more â€œself-conscious, fearful, and nervous.â€� And that humans are destined to live within hierarchical societies that privilege masculinity (and, by implication, straight white cis able-bodied men).

Amidst all his claims to dominance though, Peterson canâ€™t help but tie the anxiety of entitled menâ€”struggling with rejection and lonelinessâ€”to challenges to the social order. Ultimately, his fear of feminism is not rooted in a â€œcrisis of masculinityâ€� but a fear of a changing status quo, or what bell hooks calls â€œthe crisis of patriarchal masculinity.â€� Those socialized to be men learn to forcefully cling to power, but they arenâ€™t predestined to be that way.

Yet what is the masculinity that exists beyond patriarchy? Surely it looks like more care and empathyâ€”less violence and aggressionâ€”but how does it differ from what we call femininity? Why does it need to? Some questions are left lingering by both Peterson and McBee. But McBee, as a man accustomed to being left out of the ring, is more willing to imagine that another world is possibleâ€”one where the questions become largely irrelevant. As he writes of his own journey in Amateur: â€œI did not want to become a real man, I realized. I was fighting for something better.â€�