The world’s first hit reality show â€œThe Real Worldâ€� is being reimagined for Facebook Watch 26 years after it debuted on cable. Come Spring 2019, fans will get a chance to vote on whoâ€™ll join as the final cast member and connect with the housemates through Facebook Watch Party’s synchronized viewing chat rooms as they â€œstop being polite and start getting realâ€�.

It has been a year and a half since the 32nd and most recent season of The Real World aired on MTV. Deadline recently reported that the show was being rethought for the web and shopped to streaming platforms. Now we know where it’s landing.

Facebookâ€™s first truly tent-pole show for its Watch video hub could lure in viewers and offer a halo effect to other programs on the platform after a lackluster slate of mostly no-name shows launched alongside the feature in August 2017. But itâ€™s starting to gain momentum, as 50 million people now spend at least 1 minute per month on Watch, and total Watch view time is up 14X since the start of 2018. For comparison, over 18 Snapchat Shows have over 10 million viewers per month. Users who do come to Facebook Watch spend 5X longer watching than on spontaneously discovered News Feed videos, which seems to have emboldened it to invest more in Watch content. 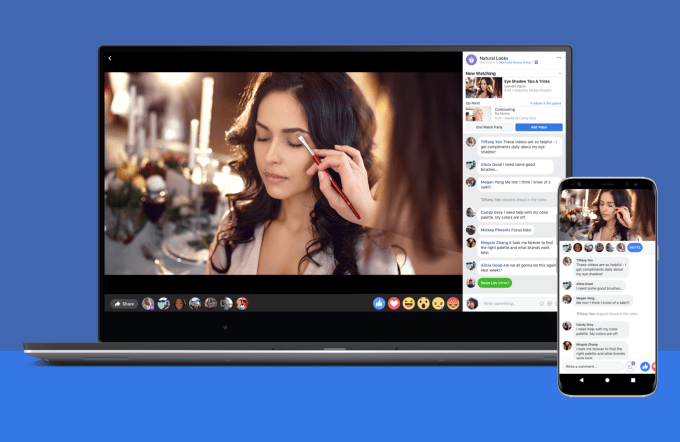 Facebook is hoping to outcompete YouTube Originals and Snapchat Discoverâ€™s Shows to win the mid-length social video market and the landslide of ad dollars shifting away from TV commercials.

As I wrote recently, thereâ€™s already plenty of user generated content to consume on these platforms, so the real opportunity is in super-premium shows that stand firmly apart from what litters feeds and Stories. Facebook Watch needs its own House Of Cards or Game Of Thrones. While itâ€™s unclear how much Facebook paid for the Real World, it likely didnâ€™t come cheap,Â  but now it has arguably the highest profile show of any of the platforms.

The [Business] INSIDER original game show on Facebook Watch called Confetti will expand internationally â€” curiously without INSIDERâ€™s help. Facebook tells TechCrunch it will work with local partners in international markets to create versions of the HQ Trivia-style live video game show where players compete through their phones to win cash prizes.Â EMEA, APAC and LATAM editions of Confetti will launch by the end of this year.

Facebook Watch will also launch The World’s Most Amazing Dog, an interactive global competition show. In partnership with The Dodo, the show will spotlight top dogs and their owners from around the world.

Now that Facebookâ€™s ad breaks are running in 25 countries, itâ€™s able to get serious about monetizing Watch and recouping its content investments. Facebook has been paying up front for these shows but hopes that ad breaks could wean creators off its cash and create sustainable businesses based on Watch. But with todayâ€™s Wall Street Journal report that Facebook underreported the scale of video ad view time metrics bug that inflated measurements years ago, it may face additional skepticism that Watch is worth studiosâ€™ investment. 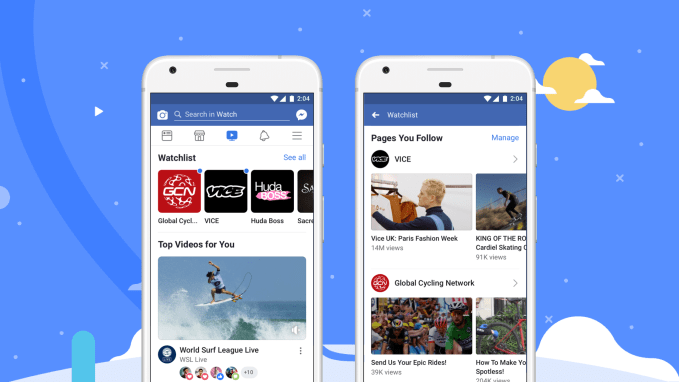 But again, it’s the name brand of The Real World that could change Watch’s trajectory. Facebook has signed on for three different one season runs of 12 episodes of the show localized for the US, Mexico, and Thailand. The new slate of content could also make Facebook’s new Portal smart screen more attractive since Watch is built in. And with Facebook building a TV set-top box for next year, it will want premium shows worthy of bigger screens.

“The Real World made history as the worldâ€™s first original reality show and trailblazing social experiment — and weâ€™re thrilled to reboot the show for todayâ€™s audiences — representing and amplifying the real life, real people, real places and real social tensions of each country” saysÂ Matthew Henick, Facebook’s Head of Content Planning & Strategy. It poached Henick from BuzzFeed earlier this year to bring some experienced leadership to its intersection of traditional studio content and the smallest screen.

Last week Snapchat announced 12 original shows including two produced by Bunim/Murray. Yet with the ephemeral social apps losing users as well as over $300 million per quarter, it was only able to secure new and unknown docuseries like Endless Summer and Growing Up Is A Drag.

Despite Facebook jamming the Watch tab into its main appâ€™s navigation bar, many users have ignored it. They already get short-form clips in the News Feed, longer web shows on YouTube, and full-length series on Netflix and Amazon Prime Video. It will require more big bets like The Real World to convince users that Watch is where they want to relax.