Nintendo finally announces some new games for the Switch

Nintendo is at last (at last!) bringing some new content to the Switch! Yes!

In a Nintendo Direct, the company let fly a number of games and a couple of original titles. The biggest Nintendo-produced titles we had glimpses of are a new Animal Crossing in development for the Switch and Luigi’s Mansion 3. 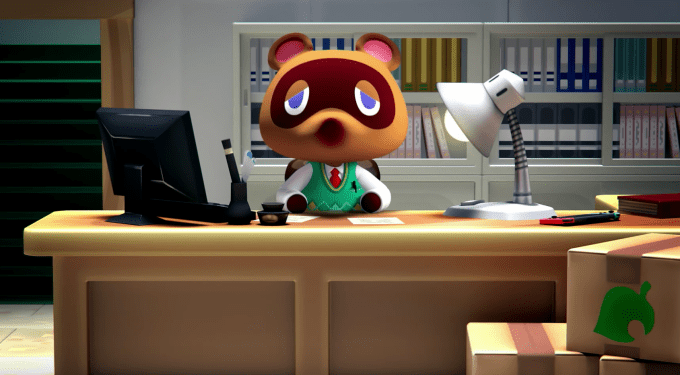 We learned next to nothing about the new Animal Crossing, other than that it’s coming in 2019, but we did get to see some gameplay from the latest chapter of Luigi’s only titular adventure in the Nintendo world. Luigi’s Mansion 3 seems to follow in the ghost-vacuuming footsteps of its predecessors with the bizarre camera angles and all. It’s also heading to the Switch stage in 2019, setting up a couple of Nintendo titles for us to look forward to next year, possibly alongside Metroid Prime 4 (?).

Other familiar additions to the Switch include a port of the Wii U gameÂ New Super Mario Bros. U Deluxe coming in January and Yoshiâ€™s Crafted World coming in spring 2019.

Aside from the Nintendo-made titles, fans were served up a big surprise with the announcement that some recent and old-school Final Fantasy titles are coming to the Switch. Final Fantasy VII, IX, X, X-2 HD Remaster and XII are all arriving in 2019.

There are about a dozen other incoming titles (several of which are remasters), includingÂ EA SPORTS FIFA 19,Â Starlink: Battle for Atlas,Â Diablo III: Eternal Collection,Â Mega Man 11,Â Katamari Damacy REROLL and plenty of others that you can jump through in the Direct below.

The Nintendo Switch is a fantastic system, and while it has a lot going for it, I barely have any games to play for it anymore. It’s not all that out of character for Nintendo to delay the hell out of the instant gratification its customers want, but the Switch has had a particularly stuttered content rollout since its launch. Hopefully the company can pick up a little more consistent cadence as it gets more third-party studios onboard.