Not Another Teen Book 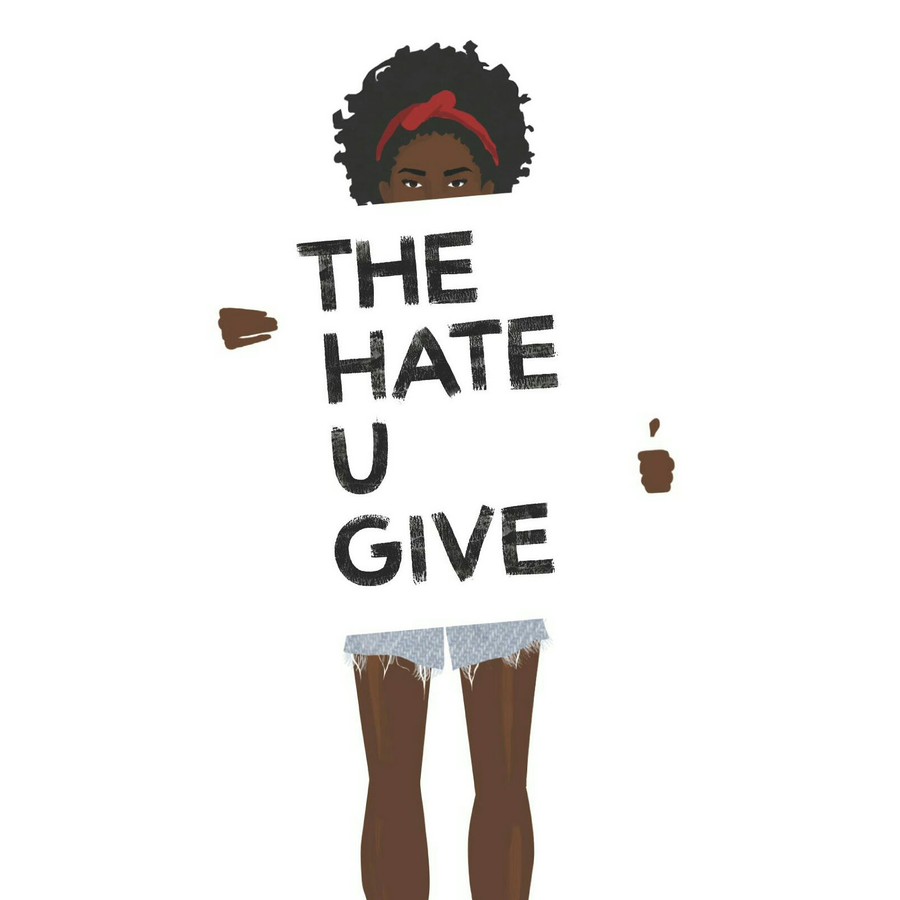 The Hate U Give by Angie Thomas (Photo credit: Balzer + Bray)

Speaking at a panel on young adult literature at the Latina Writers Conference in September 2018, author Isabel Quintero remarked, â€œTo me, at first, YA was sparkly vampires. It can be something else.â€� Her 2014 book, Gabi, a Girl in Pieces, chronicles the struggles of typical teenagehood, alongside challenges like a parentâ€™s drug problem and a friendâ€™s rape.

In the young adult section, which offers stories that go beyond childhood tales but remain age-appropriate, that â€œsomething elseâ€� isnâ€™t always embraced. In August, writer Steve Salerno decried YAâ€™s recent focus on violence, sexual abuse, and other issues in an article published by the Wall Street Journal. â€œIt is difficult to understand why educators so determinedly insist on immersing students in an unsavory worldview, portraying life in terms of its anomalies and unorthodoxies, as if thereâ€™s something wrong with you if thereâ€™s nothing wrong with you,â€� Salerno writes. Educators should instead, Salerno argues, â€œconsider recommending books that make the world sound like a more hospitable place to be.â€�

These â€œanomaliesâ€� and â€œunorthodoxiesâ€� are anything but to teenagers who live the realities. Itâ€™s impossible to know the backgrounds of all teenagers who pick up YA novels, and illogical to assume that everyone comes to the same book with the same experiences. S.R. Toliver, a presenter at the Summit on the Research and Teaching of Young Adult Literature, wrote a response to Salerno in Blavity, arguing, â€œYoung people do not have to see violence and oppression in the books they read, they see it on an everyday basis.â€� In a tweet, Angie Manfredi, author and Head of Youth Services for New Mexicoâ€™s Los Alamos County Library System, responded, â€œA 9 year old boy literally killed himself LAST WEEK because he was tormented after coming out but the Wall Street Journal is over here publishing op-eds about how YA is unnecessarily â€˜darkâ€™ because kids these days dunno what thatâ€™s all about.â€�

Teens and adults alike often find recourse in stories that help them make sense of difficult experiences. For author Lilliam Rivera, YA serves as a powerful way to capture the complicated changes that happen during some teenagersâ€™ lives. â€œYou could fall in love and deal with race and police brutality and all that stuff and it all begins in a chapter,â€� says Rivera. â€œKids are dealing with all those things every day, itâ€™s not just one little snippet of the world that you could just grab on TV. Itâ€™s really profound what they’re going through and some people just donâ€™t give them credit for that.â€�

Take, for instance, Angie Thomasâ€™s 2017 debut YA novel The Hate U Give, which follows teenager Starr as she deals with the traumatic aftermath of her childhood friend, Khalil, being shot and killed by police in front of her. The fallout echoes a lot of what weâ€™ve seen in recent conversations about police brutality: Khalilâ€™s character is degraded because of his possible involvement with a neighborhood gang. Authorities initially claim he might have had a weapon in the car, but it turns out to be a hairbrush. Media coverage suggests that he deserved to die because of his reputation.

Early on in the book, Starr reflects on why she feels distant from one of her closest friends at school: â€œI once posted a picture of Emmett Till, a fourteen-year-old Black boy who was murdered for whistling at a white woman in 1955â€¦ Hailey texted me immediately after, freaking out. I thought it was because she couldnâ€™t believe someone would do that to a kid. No. She couldnâ€™t believe I would reblog such an awful picture.â€� To Starr, however, this â€œawful pictureâ€� is part of a history that directly relates to the death of her friend, one that she comes to realize not everyone wants to discuss.

Some might argue that The Hate U Give captures an atypical family structureâ€”with half-siblings, abusive parents, and gang-related tensionâ€”but thatâ€™s only when viewed through a very limited lens of what makes up a standard family. YA books like these offer a much-needed opportunity for teenagers to experience or process something new. â€œIf someone [has] never been to the Bronx hereâ€™s a great way of learning about the Bronx,â€� says Rivera, on her 2017 novel The Education of Margot Sanchez and Margotâ€™s story. â€œBut hereâ€™s also a great way to learn about gentrification, or class, or racism, within a Latino community.â€� 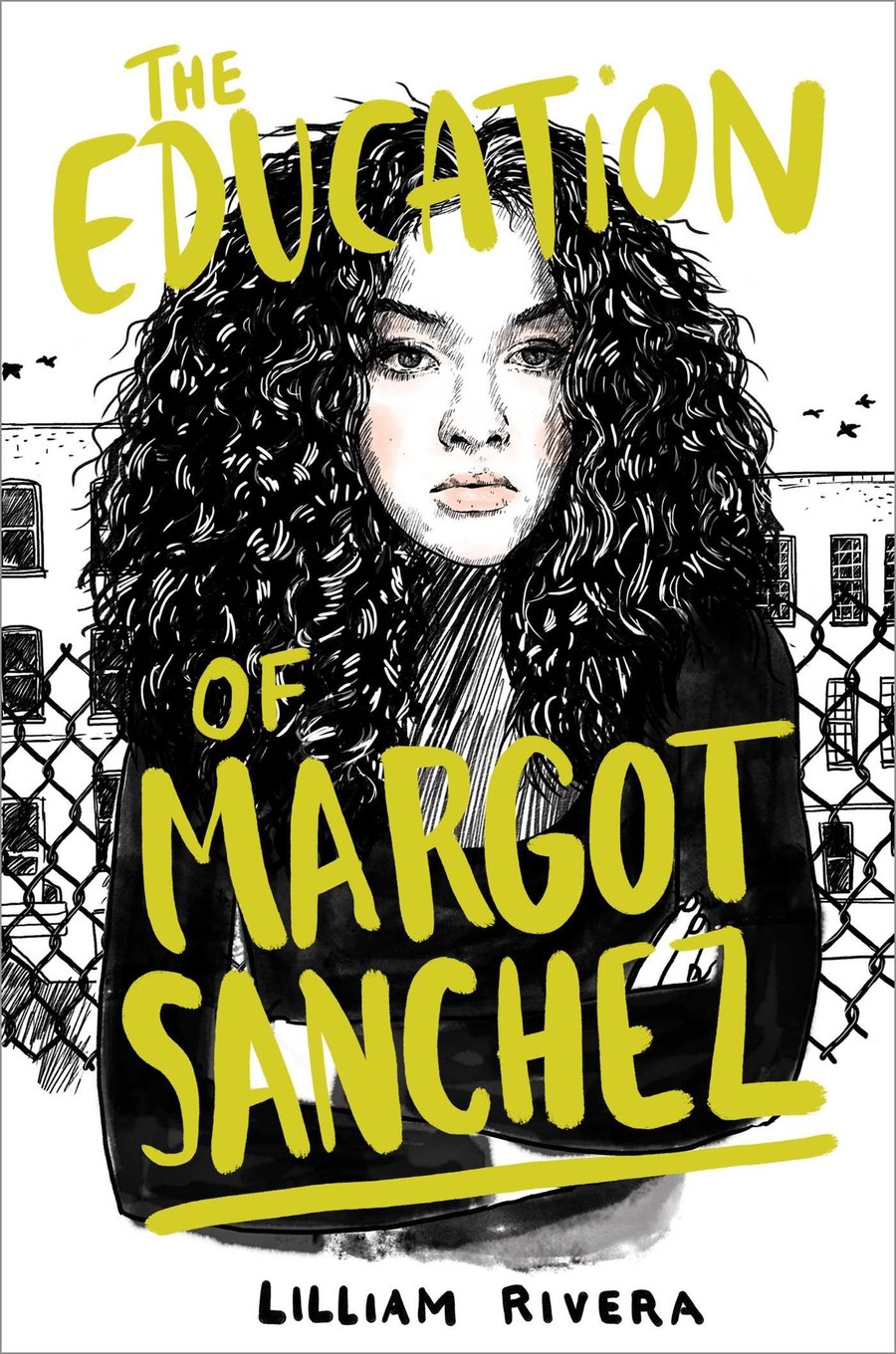 In The Education of Margot Sanchez, Margot confronts family secrets about family and loyalty. Her father forbids her to talk to Moises, a local she meets outside the familyâ€™s store. In the meantime, she sees her brother, Junior, constantly flirting with other employees. When her father lectures her on the importance of staying away from boys, Margot bristles, â€œHeâ€™s lumping every single girl on this block with some sexist statement. How dare he says that girls are too dumb to think for themselves when it comes to sex? What about the guy?â€� Margot later catches her father cheating with an employee and discovers that Junior has been selling and doing drugs. The family must finally face its fractured stateâ€”and Margot has to adjust to a new reality.

That certain people disapprove of serious topics being discussed in YA is nothing new. Even as far back as 1975, popular books like Judy Blumeâ€™s Forever were banned for discussions of masturbation and birth control. When journalist Julia Jacobs analyzed #MeToo and YA novels for the New York Times in September 2018, she reflected on Laurie Halse Andersonâ€™s groundbreaking Speak, a novel that received criticism for its portrayal of rape when it was published in 1999. And in 2017, schools banned The Hate U Give for its â€œdrug use, profanity, and offensive languageâ€� as it was longlisted for a National Book Award. Many of the teen narrators in these booksâ€”and their readersâ€”understand much more than adults think they do.

As a perenially popular and thriving genre, YA is an important place for teenagers to start difficult conversations, even if itâ€™s just acknowledging the spectrum of their experiences. Angie Thomasâ€™s next book, On the Come Up, will follow aspiring rapper Bri as she deals with media controversy surrounding her image. Riveraâ€™s upcoming novel Dealing in Dreams follows an all-girl crew using violence to create a better life for themselves in a dystopia. Obviously teens are interested in reading narratives that tackle â€œadult topicsâ€� like sexuality, race, and class, even if some adults find them difficult to discuss.

The world isnâ€™t always â€œa hospitable place to be.â€� In many of these narratives, characters either try to understand that reality or refuse to accept it. Teens in real life will likely encounter the same.

Read this Next: Through the Eyes of Others 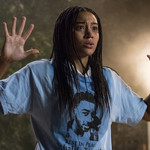 by Cate Young
Starrâ€™s concern about being stereotyped as the â€œangry Black girlâ€� isnâ€™t petty or trivial.

Eva Recinos is a freelance writer based in Los Angeles. She is less than five feet tall. Follow her on Twitter @eva_recinos.

Common AirPods problems, and how to fix them The LG V40 ThinQ, G7 ThinQ, and Watch W7 are discounted for the holidays