Origami Labs wants to bring voice assistants right to your ear without requiring you to wear a device like a Bluetooth headset or Apple AirPods. Instead, the startup is using a ring on your finger combined with bone conduction technology to allow you to use your smartphone’s built-in assistant – whether that’s Google Assistant or Siri – in an all-new way.

Origami Labs’ device is the Orii, a smart ring that works with an app on your phone, allowing you to physically touch your finger to your ear to either speak to or listen to your voice assistant.

This involves the use of bone conduction technology, which allows you to hear sounds through the vibration of bones in your face, bypassing the outer and middle ears to stimulate the inner ear directly. 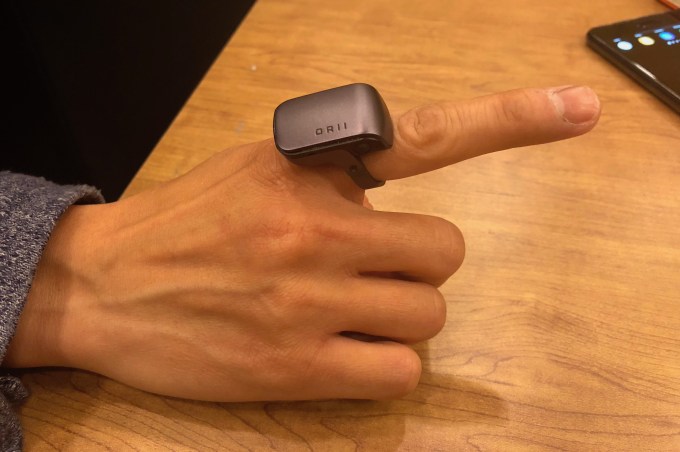 That means you can use Orii to do things like listen to your text messages, send a WhatsApp message to a friend, take a phone call, get information like the time or weather, use reminders, or anything else that Siri or Google Assistant could do.

The ring alerts you with a vibration, then you listen (or speak to its microphone) by raising your finger to your ear.

The company presented its device on stage at TechCrunch Disrupt SF 2018 today, after winning a “wildcard” spot that allowed it to enter the Startup Battlefield competition.

The Hong Kong-based startup was founded by Marcus Leung-Shea and Kevin Wong in 2015. 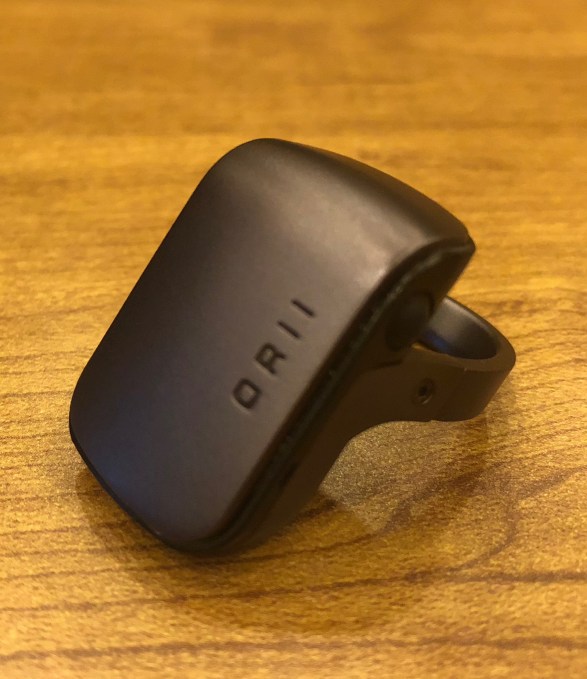 “That’s where we got started – just to create a device that helps visually impaired people,” Marcus explains. “But through building the product and launching a Kickstarter, it became clear that this screen-free way of interacting with technology is something that actually a lot of people are looking for. It taps into this sense that we’re spending too much time looking at our devices,” he says.

With other Bluetooth devices, like AirPods, there’s a limit to how long they can be worn comfortably.

Plus, there’s the aesthetics to consider – not everyone wants to be seen wearing their AirPods all the time, out of a sense of style. AirPods and other Bluetooth devices in the ear are also often used as a signal others that you don’t want to be bothered.

Meanwhile, using the assistant through the speaker on the phone isn’t very private. 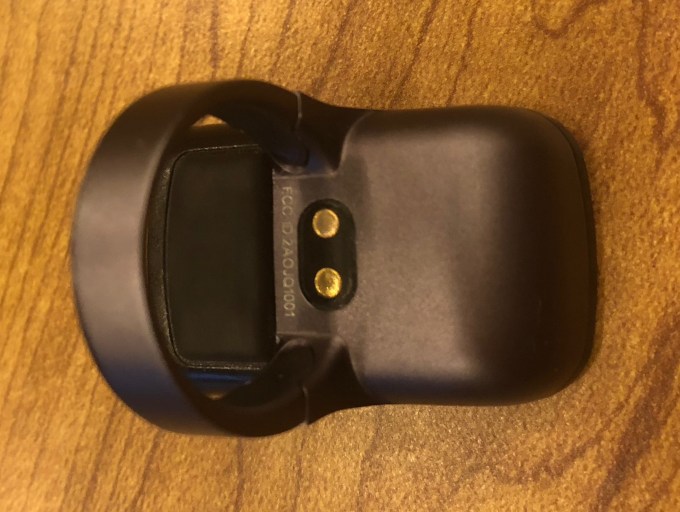 The startup ran crowdfunding campaigns last year to raise its initial seed round. On Kickstarter, the Orii had 4,000 backers – enough to prove there’s at least some consumer interest in this kind of product, the founders believe.

The first version of the Orii is shipping to its early backers who paid $99 to $150 for the device. It’s a bit large, in comparison to even costume rings, but that’s a solvable problem at scale. A second version of the device, shipping in Q2 2019, will be about 25 percent to 30 percent smaller, Marcus says. This one will come in different colors and enable new features. The company is also working on Alexa integration.

Orii has generated some interest from businesses and consumers. Specifically, luxury hotels and retailers want to test the product as a team communication system because they don’t want their staff looking at screens, which could come across as rude.

Mobile operators in Hong Kong, where the 14-person team is based, are also interested in selling Orii as a bundle with their phones. But all these discussions are in the early stages, Marcus notes.

Origami Labs is backed by its crowdfunding and seed investment from the Alibaba Entrepreneurs Seed Fund.