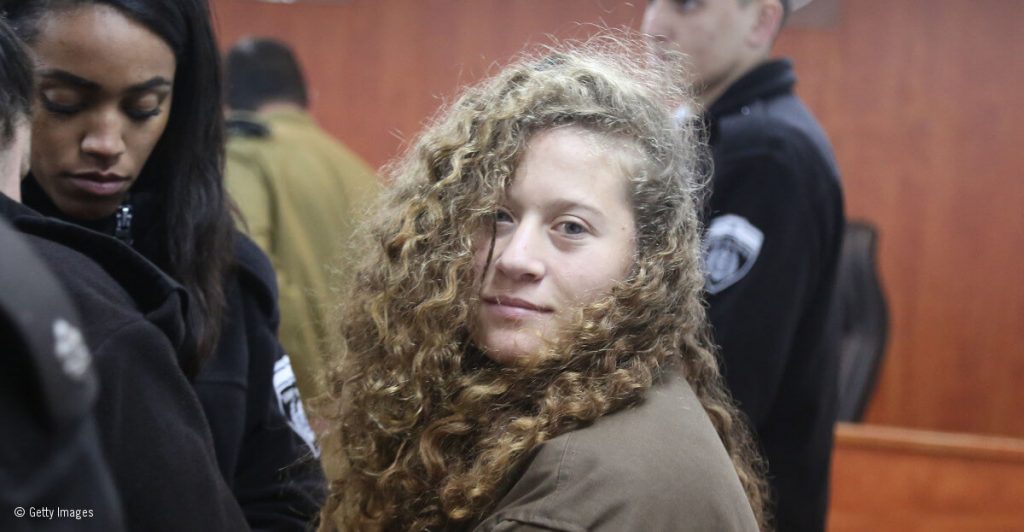 Palestinian teenager Ahed Tamimi, who is famous for having slapped an Israeli solder in the occupied West Bank, has been let go by Israeli authorities after serving her sentence of eight months.

The iconic teenager’s video of slapping and kicking a soldier outside her home in Nabi Saleh went viral across the world as many were reminded that the Israeli-Palestine conflict affects young and old alike.

Tamimi was sixteen at the time of the December 2017 videotaped incident which showedÂ two soldiers blocking the way of Tamimiâ€™s home in the West Bank while she, and her cousin, approached them and startedÂ pushing them to move away. The video also shows her kicking one soldier and slapping his face while she threatened to punch the other.

Nariman Tamimi, Tamimiâ€™s mother, has also been arrested by Israeli occupation forces as she went to the police station to support her daughter, reportedÂ Bassem Tamimi on Facebook.

In March,Â the teen activist was jailed for eight months in a plea deal with the military prosecution after Tamimi agreed to plead guilty to four out of 12 charges she faced.

According to the BBC, Ahed Tamimi had told a pre-trial hearing that her behavior was sparked by having seen her 15-year-old cousin Mohammed shot in the head with a rubber bullet. Mohammed’s head injury was later contested with some claiming that it was due to a bike fall.

That day, Israeli soldiers had been dispatched at Tamimi’s home to stop violent protests in which Palestinian youths were throwing stones at troops.

Her incarceration sent ripples of criticism as she came to be perceived as a young symbol to Israeli occupation. 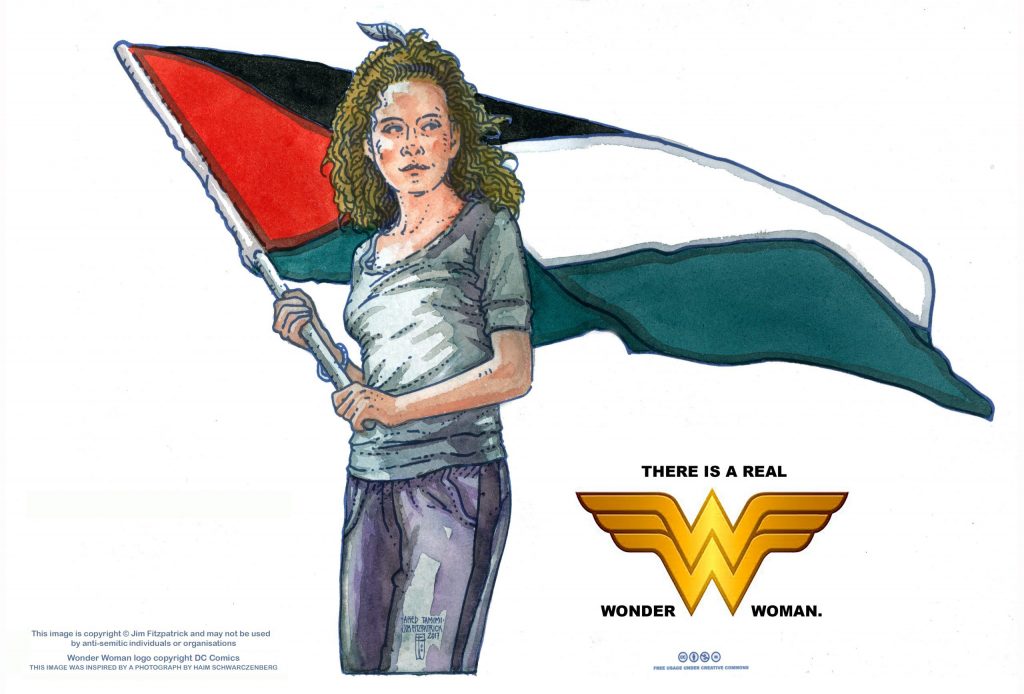 The reaction of Israel’s Education Minister Naftali Bennett who had she deserved to ”finish their lives in prison” and Tamimi’s negative portrayal in Israeli media further acerbated the opposing views between Israelis and Palestinians.

On online Avaaz petition, started by Ahed’s father, gathered more than 1.7 million signatures. The petition, still collecting signatures until today, states ”We demand that Ahed and all Palestinian children are released from Israeli prisons now.Â  The international community must put an end to the ill-treatment and detention of Palestinian children. Enough is enough.”

Around 700 Palestinian children are prosecutedÂ by the Israeli Occupation Forces every year.

â€œThe occupation forces continued in their policy of arrest of Palestinian children, denying protection due to them by more than 27 international conventions,â€�Â according to aÂ reportÂ by the Palestinian human rights organization Addameer.

The number has beenÂ increasing every year. â€œIn this context, since the Aqsa Intifada of 2000, the occupation forces arrested more than 12,000 Palestinian children,â€� added the report.

Tesla is making a $1500… surfboard? GET READY FOR TAKE OFF! Flying cars are coming! Companies notify Congress