It was a dramatic moment during the FCC’s net neutrality proceedings last December when the Commission’s public meeting was abruptly evacuated and bomb squads moved in â€” all while thousands watched on the live stream. The person who called in that threat has just entered a guilty plea to that and numerous other crimes, including a SWAT hoax that killed a man last December.

Tyler Barriss is a Kansas resident who has racked up dozens of charges of swatting, calling in bomb threats and other “pranks” that have proven to be anything but.

Swatting is the practice of calling the police and convincing them a dangerous armed person is at a given address in order to provoke an aggressive response by police or SWAT officers â€” a response that can be disastrous or fatal.

The latter was the result of one particular call Barriss made in December of 2017. He had done it like he’d done many others, for a favor or for money â€” this time sending the police to the former home of an acquaintance’s Call of Duty rival. The officers shot and killed the current resident of that home, and Barriss â€” who made no secret of his involvement â€” was arrested shortly afterwards. It had only been about a year since he was released from prison for similar crimes.

Today Barriss, who was 25 when he was arrested in January, pleaded guilty to a number of charges that had been filed under a variety of jurisdictions. Among them was the bomb threat called in to the FCC, but the sheer variety of schools, malls and homes he threatened, as documented in an indictment, is disturbing.

In simultaneously depressing and haunting Twitter conversations disclosed during the trial, Barriss and his target are seen exchanging direct messages, sparring over each other’s cred and making light of the swatting attempt. 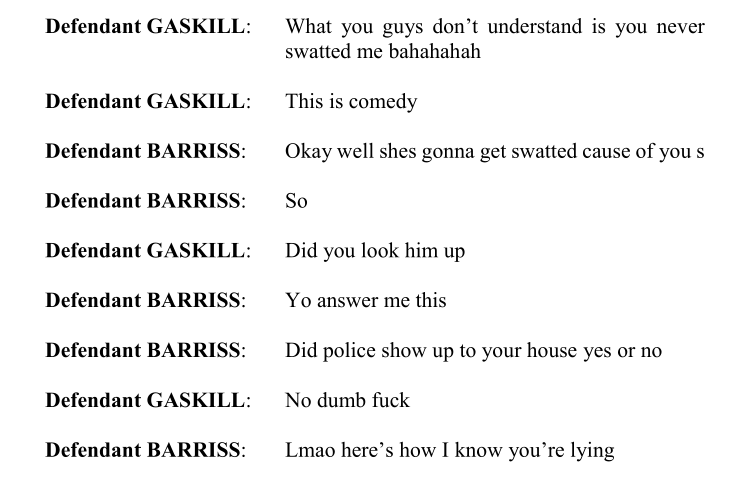 Barriss had in fact called the cops, and convinced them to show up to the address Gaskill had given.

And Gaskill soon found out that his attempt to troll Barriss had resulted in a man’s death: 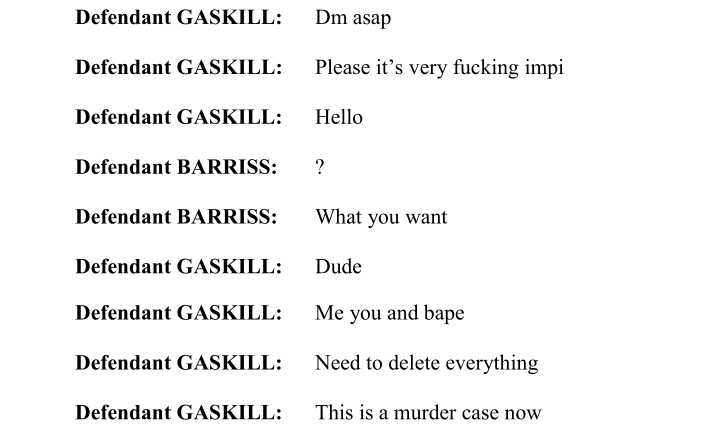 All three were charged with various crimes, but Barriss with his long, well-documented history of swatting and bomb threats, was the clear priority. The terms of his guilty plea aren’t documented yet but it would be hard to get away from significant time in prison even if he managed to dodge half of the charges he faced.

It’s a sad story from start to finish, but at least the bad guy didn’t get away.