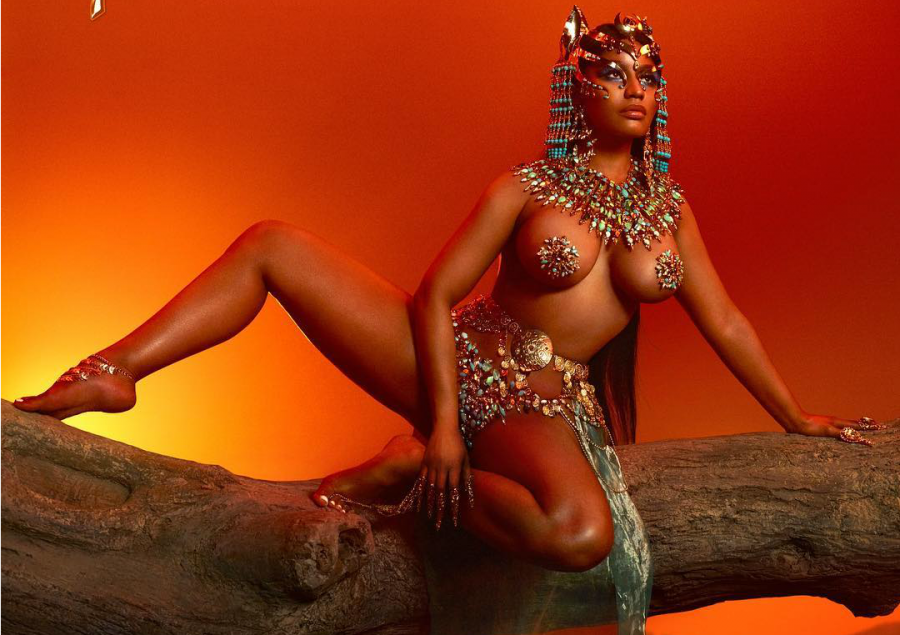 This article appears in our 2012 Fall issue, Elemental. Subscribe today!

Nicki Minaj, Azealia Banks, and Rye Rye are killing it right now. These three MCs have hit the big time in quick succession of each other, with Minaj (by far the most successful of the three, at least by mainstream standards) leading the way. Donning edgy couture and spitting searing blasts of nimble rhymes and crafty wordplay, theyâ€™ve revived popular music with an injection of attitude-laced adrenaline. Along the way, theyâ€™ve collected gold records (Minaj), an explosive internet following (Banks), and an army of salivating critics (Rye Rye). Ceaselessly inventive, their idiom is a dynamic hybrid of hip hop, house, and pop, and in such they speak a new language of popular music. Commercially, artistically, and culturally, they are changing the game.

They are also women. And the sad fact is that while they (and many others) may be changing the game, much of mainstream media continues to rely on an old playbook when it comes to discussing female MCs. Itâ€™s a delicate conundrum. For reasons that have been around since the first track was ever laid on wax, the climb to the top tiers of popular music has been especially challenging for women. (If the playing field were level, Brianna Perry, with her wickedly cool, indulgently mellow flow, would be signed to Def Jam instead of the much more famous 2 Chainz, whose raps are about as exciting as someone ordering a meal at McDonaldâ€™s.) The three-headed hydra of sexism, racism, and homophobia in the music industry has proved a tenacious foe, so the fact that these ladies have climbed a mountain of archaic odds should be celebrated.

In addition, much of these MCsâ€™ work derives from a femaleâ€”and often feministâ€”perspective and is infused with a female sensibility; their gender, either by default or by intent, infuses their art. For this reason, too, an intelligent analysis of an MCâ€™s gender in the context of a critical discourse, cultural analysis, or just a plain old record review makes sense. I canâ€™t imagine an article taking five or six male rappers with unrelated styles, backgrounds, and flows and covering them all in one article, simply because they are all men. Yet it remains a common theme in the coverage of female MCs. As soon as the spotlight expands to allow another woman in, critics trip over themselves, cranking out long articles stuffed with several different female artists.

The â€œWomen in Fill-in-the-Genreâ€� approach is not new. The â€™90s and 2000s suffered a raggedy spate of halfhearted â€œWomen in Rockâ€� stories, each riffing lazily on the old â€œSheâ€™s not just cute, she can play guitar, too!â€� trope. Mainstream music magazines offered once-a-year Women in Rock â€œspecial issues,â€� whose covers featured three (always three!) airbrushed and scantily clad â€œrockersâ€� (who sometimes actually were rockers, but just as often were pop stars, rappers, or R&B singers, but whatevs). When it comes to hip hop, there are unique hurdles, though. As Lori Adelman wrote in a June 2012 Feministing.com post, â€œFemale rappers tend to be singled out as a group in general more for political than musical reasons. Like women of color in too many other fields, their identities seem to require special attention, analysis, deconstruction, and qualification before their contributions can be taken at face value (if ever).â€� So when it comes to mainstream coverage of Minajâ€”or any other female MCâ€”youâ€™re more likely to see Drake and Chris Brown sharing a hug than you are to locate an article that doesnâ€™t fall back on lazy tropes and generalizations.

When faced with the challenge of writing about what is (sadly, admittedly) a handful of women, writers shift into panic mode, flailing about for a journalistic device that will help them just make sense of it all. Whatâ€™s amazing is how, despite the rich potential of their subject matter, so many writers fall back on the same strategy, one which manages to be both boring and offensive in its predictability: Throw a bunch of ladies into one article, slap a â€œWomen in Hip Hopâ€� headline on it, and call it a day. Even though most of them merit articles of their own, each artist is ensured only a portion of the attention. Itâ€™s a patronizing method that dilutes the power and agency these women have actually brought to the game.

The New York Times, for example, loves it some â€œWomen in Hip Hopâ€� articles; the paperâ€™s consistency in this realm is proof that while hip hop has evolved, the Timesâ€™ coverage could use a little Darwinian push. Granted, the Gray Lady sometimes devotes ink to the lone female rapperâ€”which makes it all the more frustrating that the paper refuses to let go of its grouping habit, and some of its most well-known writers are the culprits. Jon Parelesâ€™s November 5, 1989, article â€œFemale Rappers Strut Their Stuff in a Male Domainâ€� covered â€œa spate of recent releases by female rappers.â€� The â€œspateâ€� includes Queen Latifah, Shelly Thunder, MC Lyte, and Oaktownâ€™s 3-5-7. The article is divided into four quadrants, a few hundred words apiece for each album, each of which merits several hundred more on their own.

Nicki Minaj on the cover of Chun-Li 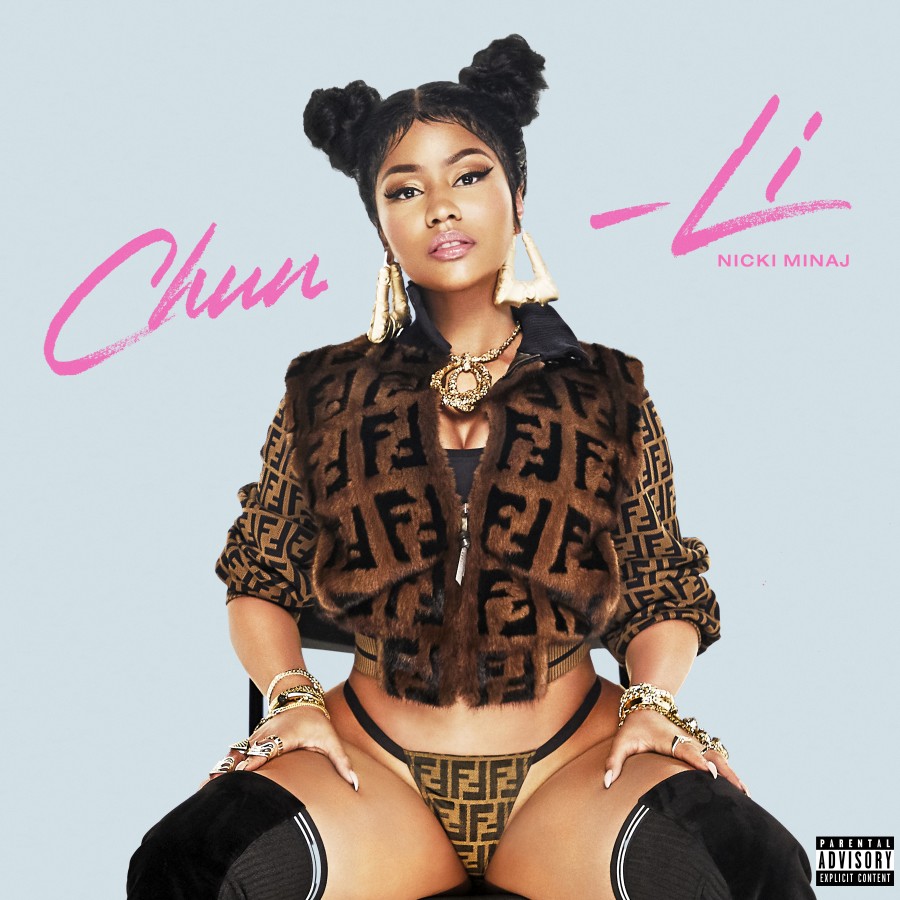 Nineteen years later, the Times regales us again with â€œFemale Rappers with an Indie Attitude,â€� which informs us that â€œin the wake of critical favorite M.I.A., a new crop of young, multicultural female acts is causing a stir on the Internet and in indie-label conference rooms.â€� Julianne Shepherd kicks things off with an intriguing lede about the queer/semi-Christian duo Yo Majesty. In fact, the entire first half of the lengthy article deals only with Yo Majesty; the remainder consists of two halfhearted paragraphsâ€”each reserved for a different female mc (Kid Sister and Amanda Blank)â€”before ending with a slightly more enthusiastic discussion of Santigold. Individually, every single woman noted in these articles is deserving of press.

The tale of Yo Majesty aloneâ€”with its fascinating tangents of regionalism, religion, and raceâ€”could fill a 2,000-word story with ease. Frankly, given the top-heavy nature of the coverage, it appears Shepherd (who consistently highlights under-the-radar queer and female artists in her work) would prefer this route, yet, still, she veers back to awkwardly forcing a group together. Four years after Shepherdâ€™s article, the tradition continues. In his March 2012 story about Minajâ€™s â€œSingular Influence,â€� Jon Caramanica let us know that â€œa few years ago, before her rise began, there were hardly any female rappers of note; now, a new generation, including Azealia Banks, Brianna Perry, and Angel Haze, is rising quickly.â€� Caramanica goes on to discuss a mother lode of ladies: Banks, Perry, Haze, Iggy Azalea, Nitty Scott, Lola Monroe, and Cartier Kitten. Granted, Caramanicaâ€™s subject is Minajâ€™s influence, so it requires a look at other female MCs. But that very thesis conjures up questions about sexism: Just because Minaj has blown up the charts like a roman candle doesnâ€™t mean sheâ€™s necessarily an influence on these women. Caramanicaâ€™s evidence runs thin.

Discussing Banks, for instance, he notes, â€œLike Nicki Minaj, she raps and sings, and plays with various accents.â€� A seasoned (and often insightful) music writer, Caramanica should know full well that a number of rappersâ€”male and femaleâ€”predating Minaj can boast this rÃ©sumÃ©. Banks could easily have been influenced by Digital Underground or the Beastie Boys. By relying on such shaky connections, Caramanicaâ€™s thesis comes off like an excuse for plugging as many female rappers into one article as possible. The language of each of these articles transforms each rapper from a singular identity to one thatâ€™s inherently identical: â€œA spate of recent releases,â€� â€œa new crop,â€� â€œa new generation.â€� With a few keyboard strokes, all of these writers have plucked individual women from their individual contexts and smushed them together in a tenuously bound collection. They are pluralized, their proper names becoming less important than the more generic group.

The language of each of these articles transforms each rapper from a singular identity to one thatâ€™s inherently identical.

The Times isnâ€™t the only culprit. Behold, for instance, this little gem, the first paragraph from an article (entitled â€œAzealia Banks and the Charge of the Women MCsâ€�) by the Guardianâ€™s Paul Lester: â€œItâ€™s typical. You wait years for a frank and fearless female rapper, and then five come at once. Maybe itâ€™s something in the air, or simply that the success of Nicki Minaj has opened the floodgates for feisty MCs, but they seem to be everywhere at the moment.â€� Yes, Paul Lester, itâ€™s such a drag when you ask for just one and freakinâ€™ five appear. Suddenly the pop landscape is positively glutted with chick MCs. So many that you can write about them all at once! Lester indeed writes about all five in a single article, while earning bonus misogyny points by pitting them all against each other, like some kind of battle royale. â€œWatch out, Nicki Minaj,â€� warns his subtitle, â€œthereâ€™s a host of feisty, eccentric female rappers on your tailâ€”and not all of them are here to pay their respects.â€�

Itâ€™s both patronizing and divisive, a double whammy of paternalistic writing. Iâ€™m sure Minaj appreciates the heads-up about the seething â€œhostâ€� (yet another collective noun). The Daily Beast gleefully jumped aboard the bandwagon with Chris Leeâ€™s March entry, â€œAzealia Banks, Iggy Azalea, and the Feuding Femcees,â€� in which Lee â€œexamines how some of hip hopâ€™s best and brightest female rappers…have been waging war on each other.â€� Rap diss tracks and trash talking are nothing new, of courseâ€”both remain part of a tradition of the genre for men and women. But Leeâ€™s coverage of the war of words lurches wildly from insightful to insulting. At one point, he notes that the battle between Banks (who is Black) and Azalea (who is white) conjures up some deep issues: â€œWithin this hostile pop-cultural environment, hipsterdom, notions of authenticity, questions of race, and even old age butt up against one another while the cosign of a male rap superstar can still help define a femceeâ€™s commercial viability.â€�

These are interesting and important points, and Lee makes a fair effort at unpacking them, but he just canâ€™t help himself from peppering his work with condescending phrases like â€œhip hop catfight,â€� â€œerstwhile Feminems,â€� and â€œthe she-said/she-said.â€� Grouping all these ladies together waters down their power; pitting them against each other turns that power into tawdry spectacle; using words like â€œcatfightâ€� undermines the message completelyâ€”and all three approaches prove antiquated. Hip hop produced by women is as old as hip hop itself. â€œRapperâ€™s Delightâ€� came out in 1979, and â€œFunk You Up,â€� the first hip hop song recorded by a female group, came out that same year. And yet clearly we are stuck in a dated, patronizing paradigm when it comes to covering it. One of hip hopâ€™s primary drawbacks is its treatment of women; itâ€™s too bad that coverage of women in hip hop often serves to diminish them too. Especially when theyâ€™ve been killing it since 1979.