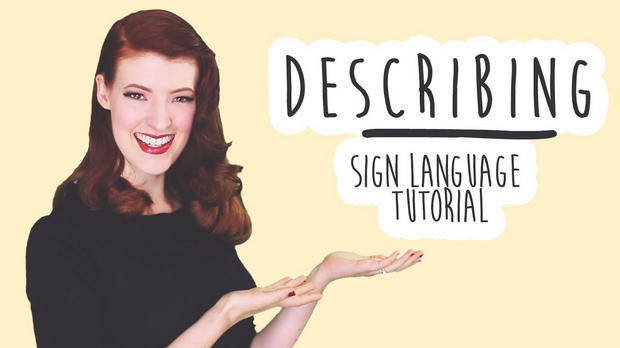 Historically, the stories of sick women have never been our own. From the beginnings of Western medicine, female ailment has been explained by folklore disguised as medical truth. These stories furthered the patriarchal notion that the wombâ€™s inclination to wander, or hysteria as we know it today, holds sway over the bodies of women. As time went on, the narratives of our minds and bodies have been told by analysts and doctors, most notably through Freud and Breuerâ€™s Studies On Hysteria. Our lived experiences have been condensed into anecdotes and statistics lacking in an intersectional understanding of the body. These narratives are fraught with gendered, classist, and racist bias inherent to Western medical and psychological research, as well as issues of transference and the lack of first-person narrative. While women have consulted with and aided one another in matters of health throughout history, the medical system which we now confront is steeped in oppressive notions of the female body and mind. As patients, this gap in understanding threatens our health and our ability to process the often traumatic experience of living with chronic illness and disability.

But in todayâ€™s digital world, the narratives of women once labeled hysterical are being reclaimed. With the proliferation of the internet as an inviting space to share our stories, a radical shift is happening: We can now understand the experience of illness in groundbreaking, nuanced ways. Second-wave feminists championed storytelling and the use of personal narrative to overcome oppression, opening the door for more authentic connection and understanding. Itâ€™s easy to take such radical steps for granted in an age where weâ€™re constantly immersed in the narratives of others. Via Twitter, YouTube, and Instagram, weâ€™re given intimate insight into the lives of thousands of folks who exist in our feeds. This unprecedented access to first-person narratives of physical and mental illness can be not only invaluable in finding community, but can change the way in which we frame our own experience of illness, particularly for those of us that are women or gender nonconforming.

For many young, disabled people, the internet is our only means of making an income in a workforce that is largely inaccessible. A 2017 study found that only 18.7 percent of those living with disabilities in the United States were employed (compared to 65 percent for those classified as able-bodied.) Out of that percentage, nearly half were under the age of 65, with 20.2 percent working in lower-earning industries and 32 percent working part-time. Rates of self-employment were also reported as double that of able-bodied counterparts.

The nature of fluctuating, episodic, and progressive illnesses makes finding accomodating work within a traditional setting extremely challenging. The rise of freelancing, remote work, and content creation, has created new opportunities for those who are too sick to be work full time or in office, but still well enough to work in other ways. One of the greatest misconceptions about disability is that every disabled person is receiving adequate support from their respective government. In fact, many young, disabled people (particularly those with vague or complex chronic illnesses) may not qualify for disability services.

Under new amendments to the Americans with Disabilities Act, a disability is defined as a physical or mental impairment that substantially limits one or more major life activities. This new definition opens up disability protection to those living with episodic and fluctuating conditions such as myalgic encephalomyelitis (ME), postural orthostatic tachycardia syndrome (POTS), and other chronic illnesses that statistically affect women in greater numbers. However, conditions such as these are dismissed my medical professions as psychosomatic, often taking years to definitively diagnose. For many rare conditions, establishing a â€œmedically determinableâ€� physical disability is hindered by lack of research on how and why conditions occur. And while the ADA does provide protection for those who are currently employed, applying for benefits and aid is another uphill battle.

In addition to medical neglect and cultural biases against believing womenâ€™s accounts of their own illnesses, the disability community faces a unique struggle for visibility. Erasure can take many forms, from lack of representation in media to the infantilization of wheelchair users. Taking to the streets is not an option for many of us, but taking to our laptops might be. Unfortunately, the internet is just as riddled with ableism, misogyny, and racism as the world that created it, and practices of discriminatory demonetization, algorithm bias and garden-variety prejudice often mirror the same erasure that we face offline. In an August 2018 video, YouTuber Jessica Kellgren-Fozard called out YouTube for demonetizing videos that pertain to disability and chronic illness. Kellgren-Fozard had found that advertisements were disappearing from videos in which she discussed things like sexuality and disability and the frustration of being invited to speak at events held at inaccessible spaces. When she contacted YouTube to ask why these videos, as well as ones that featured her wife, were flagged, the streaming siteâ€™s response was that those videos are not â€œadvertiser friendly.â€�

A vlog about medical trauma might not change the way physicians and researchers view or interact with us, but a a community of advocates sharing firsthand experiences on an accessible platform acts as both consciousness raising and a vital lifeline

In an ideal world, the internet would serve as an alternative for those of us otherwise unable to gain consistent employment and engage in activism. But the current reality is that demonetization and algorithm bias can dramatically affect the income that disabled creators  stand to make from creating accessible, informational content that others rely on. Creators can petition for a manual review of content deemed advertiser-unfriendlyâ€”but only after the video has been viewed 1,000 times within a weekâ€™s span, which means creators can lose hundreds or  thousands of dollars per video while waiting to garner those views. And though Kellgren-Fozard has shared the names of other disabled YouTubers experiencing similar discrimination, YouTube has not yet explained its reasoning for this pratice. Beyond rank bigotry, this is an issue of visibility. Online communities offer space for disabled creators to contextualize our stories, share information and validation, and simply find others like us. A vlog about medical trauma might not change the way physicians and researchers view or interact with us, but a a community of advocates sharing firsthand experiences on an accessible platform acts as both consciousness raising and as a vital lifeline for people physically isolated as a result of their illnesses.

When I first became sick with a mystery illness, my doctors were stumpedâ€”and after each negative test result, they asked about my anxiety, my stress levels, and my history of PTSD. And though I acknowledged that those factors likely did play a part in how my symptoms presented, I also knew that there was something physically wrong. Eventually, I learned that I was developing a form of myalgic encephalomyelitis, a condition that began with an untreated virus that, in my case, was triggered by mental and physical stress. My sickness was, technically, â€œin my headâ€�â€”but it wasnâ€™t rooted in repressed psychology.

Stuck in bed with little to do but Google my symptoms, I dove headlong into blogs and videos made by young women who were finding ways to advocate for and support themselves. I watched every video I could find of women telling their own diagnosis stories, watching them recount experiences that were both stunningly similar and vastly different from my own. Through them, I found not only a language with which to self-advocate, but ultimately my own diagnosis. I learned about the #MillionsMissing campaign, which has sought a spotlight for the 15 to 30 million people in the world living with ME, 25 percent of whom are predominantly confined to their homes. Most important, I learned to validate my own experience and those of others who live with symptoms as uncertain as mine.

Almost every person I heard from had battled gaslighting on behalf of the medical system. Some were even institutionalized merely because their symptoms were outside of the knowledge base of their doctors. I learned that we have all, at one point, been labeled â€œhysterical.â€� Weâ€™ve been left in waiting rooms for hours and offered tranquilizers instead of pain medication, but we have stuck to our gunsâ€”and even thrivedâ€”despite medical neglect. A century ago, our stories wouldâ€™ve been told by our doctors, our therapists, and our confounded husbands or fathers. We might have been lobotomized or locked away because of unexplainable symptoms. Technology has given us a powerful tool for change: Those of us who are able to create content and perform activism online are taking huge strides toward demystifying complex chronic illnesses, humanizing our stories, and taking back control of how they are told. This is a radical step, breaking generations of silence and creating a world where weâ€™re not left alone in the dark.

And though our voices arenâ€™t going anywhere, we need to continually prove that they are valuable. The debate over demonetization is not new, and making real change on platforms like YouTube requires changing the way advertisers look at sickness and disability. It is our job to show advertisers that disability isnâ€™t sensitive subject matter, and that supporting disability- related content and accessible, inclusive marketing offers them an untapped, valuable audience.

So what can we do while waiting for society to catch up and realize that disabled representation matters? Start by paying your favorite content creators, many of whom have Patreon or PayPal accounts. This is all the more important for people of color and gender nonconforming creators who receive even less exposure and are doing incredible work to bring disability to the table of intersectional discussions. Despite the algorithms and policies that bury our stories, the internet is still a tool with endless potential. Letâ€™s see what we can do next. 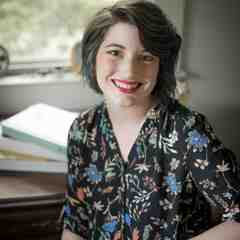 Kate Averett is a writer and podcaster sparking unique discussion at the intersections of gender, disability, chronic and mental illness. Kate received her MA in Art History from UNC Chapel Hill with a focus on representations of hysteria in horror films and popular culture. To learn more, follow Kate at www.hystericsblog.com, as well as Instagram and Twitter.

Despite the hype, new sensor wonâ€™t eliminate the notch How PubNub Can Turbocharge Your Machine Learning Algorithm