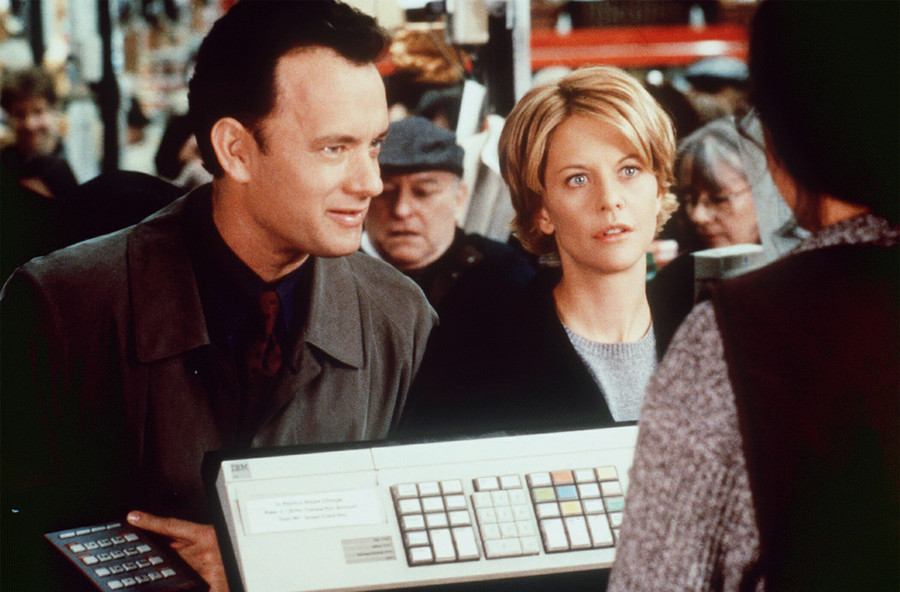 Twenty years ago, I was an angsty and angry 17-year-old obsessed with The X-Files, Tori Amos, and Stephen King. When I wasnâ€™t writing fanfiction about Fox Mulder (David Duchovny) and Dana Scully (Gillian Anderson), reading King, or repeatedly listening to From the Choirgirl Hotel, I was in chat rooms pretending to be someone other than an angsty, angry 17-year-old. I was, for lack of a better word, a catfishâ€”or someone who intentionally misrepresents themselves to strangers online. I didnâ€™t like who I was at that time, and the anonymity of AOL afforded me the opportunity to reinvent myself.

Twelve years later, photographer Nev Schulman officially introduced the concept of â€œcatfishingâ€� in his 2010 documentary Catfish, which follows Schulmanâ€™s seven-month-long online romance with Megan, the half-sister of a 7-year-old girl named Abby who admires Schulmanâ€™s photos and turns them into watercolor paintings. Though Megan and Schulman correspond on the phone and exchange text messages, she refuses to meet him in person, and he soon discovers that much of what sheâ€™s told him is a lie. In an effort to learn the truth, Schulman brings a film crew to Michigan to meet Meganâ€”and learns that Megan is really Angela, a middle-aged woman using her daughterâ€™s photos and Facebook profile to correspond with him.

Before we knew about catfishing, swiping left or right on Tinder, and having friendships that exist entirely within the digital confines of Facebook, there was Youâ€™ve Got Mail. In 1998, when Americaâ€™s sweethearts Tom Hanks and Meg Ryan reunited for the Nora Ephron-directed romantic comedy, the internet was still a relatively new invention (and required dial up). According to the U.S. Census Bureau, in December 1998, when Youâ€™ve Got Mail hit theaters, only 42 percent of American households had computers and only 26 percent had internet access. And in the beginning, there was a stigma attached to online datingâ€”a belief that there was something inherently wrong with falling in love with a person youâ€™ve never met.

Youâ€™ve Got Mail was originally inspired by the little-known Hungarian play Parfumerie, about a pair of bickering coworkers who are unaware theyâ€™re pen pals. In Ephronâ€™s adaptation, Joe Fox (Tom Hanks) and Kathleen Kennedy (Meg Ryan) are competing bookstore owners who meet in a chat room. Kennedy owns The Shop Around The Corner, an independent bookstore thatâ€™s been in her New York City neighborhood for decades, while Fox runs Fox Books, a big-box bookstore being built across the street. When viewed through nostalgic glasses, Youâ€™ve Got Mail is seemingly a quaint romantic comedy about two business rivals who unknowingly fall in love. But in reality, Foxâ€”who goes by the handle NY152â€”figures out early on that heâ€™s talking to Kennedy, while she doesnâ€™t realize who sheâ€™s communicating with until much later.

After he learns her identity, Fox purposely deceives her, which isnâ€™t a new concept. In 1601, Shakespeareâ€™s Twelfth Night utilizes the â€œwoman dressed as a manâ€� plot device and in the eponymous 1897 play, Cyrano de Bergerac, self-conscious of his extremely large nose, allows his more handsome friend to impersonate him in order to woo Roxanne. But Fox does more than just mask his identity; he presses the idea that NY152 is married and thatâ€™s why he wonâ€™t meet Kennedy in person. Then, when Kathleen confronts NY152 about his marital status, Fox responds with the classic â€œWhat? Why would you even ask me that?â€� nonanswer. Itâ€™s only when Kathleen shares this exchange with colleagues that she realizes that NY152 never really answered her question. Fox also uses his insider knowledge of Kennedy to poke fun at her taste in music. She tells Fox she loves Joni Mitchell, so NY152 says that he could never date someone who loves Joni Mitchell. His passive-aggressive insult, a form of negging, is straight out of pick-up artist culture.

Thatâ€™s not cute, funny, or romantic; itâ€™s manipulative. Catfish play with peopleâ€™s emotions for various reasons, as we see in Schulmanâ€™s MTV series Catfish: The TV Show, which follows couples who have only communicated online and seek help from Schulman to meet in person. Sometimes, the catfish does it out of boredom. Other times, it is a form of revenge on a person who harmed them in the past. Then there are those who hide behind stolen photos of strangers because theyâ€™re insecure about their appearance. For Fox, catfishing is a way to get information from his competitor in order to put her out of business, but Kennedy is actually elated when she discovers that NY152 is the owner of Fox Books. They kiss, the music swells, and filmgoers are also supposed to forgive Fox, ignoring the previous two hours of deception. She shows no anger or regret, despite the fact that he put her out of business.

He has manipulated her emotions, making her fall so much in love with him that she waves away all of his bad behavior. This is, after all, a romantic comedy and audiences expect the couple to come together in the end, no matter how they get there. When Kennedy tells Fox, â€œI wanted it to be you. I wanted it so badly to be you,â€� itâ€™s supposed to be evidence that love outweighs harmful lies.

Romantic comedies frequently promote the toxic belief that a womanâ€™s worth is defined entirely by her relationship status. In Bridget Jonesâ€™s Diary, Bridget (RenÃ©e Zellweger) endures workplace harassment from her boss, Daniel Cleaver (Hugh Grant), because she so desires to be in a relationship. In 2009â€™s Bride Wars, Liv (Kate Hudson) and Emma (Anne Hathaway) literally race to the altar and destroy their lifelong friendship in the process. At the end of How to Lose a Guy in 10 Days, Andie (Kate Hudson) gives up her dream job for Ben (Matthew McConaughey), a man sheâ€™s known for less than two weeks, and in 2008â€™s 27 Dresses, Janeâ€™s (Katherine Heigl) friends encourage her to date a journalist who mocks her in a national newspaper because sheâ€™s been a bridesmaid 27 times. Youâ€™ve Got Mail is a part of this cadre of â€œfeel-goodâ€� movies that put women in these scenarios where loveâ€”even irrational loveâ€”takes all.

We now live in an era where online dating is far more common and accepted than it was 20 years ago. A 2016 Pew Research study showed that 59 percent of Americans think dating online is a good way to meet people, while 41 percent of Americans say they know someone who has done online dating, and 29 percent know someone who has met their spouse that way. Millennials, in particular, routinely date online, with nearly 30 percent reporting they have used dating apps. Though online dating is more common and accepted now, itâ€™s still important to critically examine how movies like Youâ€™ve Got Mail portray the darker side of internet relationships.

Read this Next: Bait and Switch

by Evette Dionne
What a mess. I couldnâ€™t stop watching if I tried.

Jill Grunenwald is an INTJ Slytherin Scorpio Xennial writer and fat acceptance activist. She blogs about body liberation at The Year of the Phoenix and her slow runner memoir Running With a Police Escort: Tales from the Back of the Pack was published in 2017. She lives in Cleveland and is currently working on her second memoir. You can follow her on Twitter and Instagram.