Remembering When Reno Was the Divorce Capital of America

This story was originally published on February 12, 2014.

Itâ€™s almost Valentineâ€™s Day, so naturally our thoughts turn to divorce. Thatâ€™s the odds-even outcome of marriage, if you believe the oft-cited statistic that half of all nuptials in the United States will end up on the rocks. In fact, the overall rate is more like 30 percent, and the frequency of divorce has been dropping since the 1970s, when 37 states amended or repealed their divorce laws, causing only a short-term spike in the practice.

Today, getting an uncontested, no-fault divorce is easily accomplished in all 50 states. Thatâ€™s very different from the way things were during most of the 20th century, when divorce was officially frowned upon, suppressed by onerous state laws that actively discouraged the civil disunion of couples ready to be singles again. For example, until 1985, the only way to get a divorce in the state of New York was to prove your spouse had committed adultery, which wasnâ€™t much help to women in abusive relationships.

In the 1930s, though, the city of Reno, Nevada, shined like a beacon of hope to the unhappily married. Reno was the nationâ€™s divorce capital, with many of its finest hotels strategically located near the Washoe County Courthouse, where judges granted divorces with assembly-line efficiency. Outside the city limits, to the south in the Washoe Valley and to the north near Pyramid Lake, guest ranches also catered to the men and women (though it was mostly women) who would move to Nevada for six weeks to establish residency. It didnâ€™t really matter why a husband or wife wanted a divorce (grounds for ending marriage were interpreted extremely liberally), only that the plaintiff had been a resident of the great state of Nevada for a full six weeks. This, and only this, would get them out of their till-death-do-us-part vows.

Accompanied by a witness to confirm her residency, the plaintiff and her lawyer would stand before a judge, usually for no more than a few minutes, to briefly plead her case. This was briskly followed by the judgeâ€™s rubber-stamp divorce decree. For many, the next stop was a train or bus out of town, even though the plaintiff had just sworn, under oath, that she intended to make Nevada her permanent home. It was, as historian Mella Rothwell Harmon calls it, â€œinstitutionalized perjury.â€�

By May of 1931, there were so many divorce seekers flooding into Reno, some were forced to camp on the banks of the Truckee River for the lack of accommodations in town. Gambling had been legalized that March, which lured even more people, and in 1933 the state won the amoral trifecta, as it were, when Prohibition was repealed. All told, during the 1930s, more than 30,000 people came to Reno to get a divorce, pumping an estimated $5 million per year at its height into an economy whose population hovered around 20,000 full-time residents throughout the decade.

Not all of those who came to Reno for a divorce were able to fork over its $1,500 average cost without working during their residency. Many of the women who came to Reno to get unhitched found jobs, even during the Depression, as waitresses, nurses, housekeepers, and ranch helpers, a testament to the booming economy caused in no small part by their very presence. In pulp novels, the phrase â€œReno cure,â€� as getting a divorce was then known, became code for â€œgetting some action.â€� The tawdry plot went something like this: Wealthy, sex-starved socialite from back east has torrid affair with randy, ruggedly handsome ranch hand, who is only too willing to help his female guest shake the memory of her almost-former husband. According to writer Patricia Cooper-Smith, novels with names like Divorce Trap, Whirlpool of Reno, and Reno Rendezvous played up this and other sensational scenarios of getting a â€œRenovation,â€� which was gossip columnist Walter Winchellâ€™s word for a Reno divorce.

The image of women whiling away the weeks on a Nevada dude ranch was codified in 1939, when the screen version of Clare Boothe Luceâ€™s 1936 play, The Women, debuted. Based on the New York writerâ€™s own Reno divorce in 1929, the George Cukor-directed film starred Joan Crawford, Joan Fontaine, Rosalind Russell, Norma Shearer, and Paulette Goddard, but not one male actor, although off-camera men were portrayed as the source of most of the womenâ€™s problems. 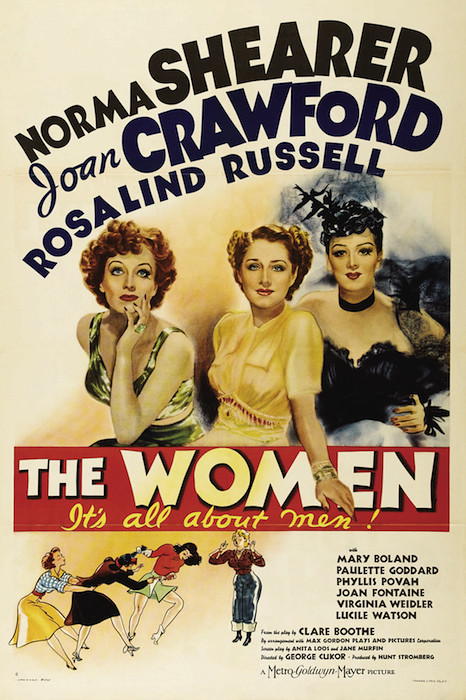 A Reno divorce story with both true and apocryphal roots concerns the â€œtraditionâ€� of newly divorced women exiting the Washoe County Courthouse, walking to the nearby Virginia Street Bridge, the so-called â€œBridge of Sighs,â€� and tossing their wedding rings into the Truckee River below. The roots of this legend appear to be a 1929 novel titled Reno, which describes this ritual. According to an article in Nevada Magazine by Holly Walton-Buchanan, Renoites always doubted the story, a skepticism that seemed confirmed in 1950 when a cleanup of the river below the bridge only turned up one ring. But in 1976, three coin prospectors with a dredge found 90 rings, and over the next three summers they found 400 more.

By the end of the 1930s, Renoâ€™s claim as the Divorce Capital of the World was threatened by the rise of newly electrified Las Vegas, one of the first customers to purchase power from recently completed Hoover Dam. Vegas was a lot closer to Hollywood with than Reno, which drew the likes of Ria Langham (who was divorcing Clark Gable) to town in 1939. After that, Las Vegas became the place to untie the knot.

Curiously, Gable would go on to star in The Misfits, his last film, released in 1961 after his death in 1960. Written by playwright Arthur Miller and starring Millerâ€™s then-wife, Marilyn Monroe, â€œThe Misfitsâ€� told the story of the relationship between a young divorcee (Monroe) and an old cowboy (Gable). Even though Las Vegas was becoming more prominent in the popular imagination of the early 1960s, nostalgia for a golden age of divorce, if you will, dictated the filmâ€™s settingâ€”Reno, Nevada.

This is an abridged version of an article by Ben Marks that was originally published by Collectors Weekly. Read the full version here.

Smartwatch sales soared in 2018, with Apple leading the charge The Weird and Wild World of Reddit Relationships