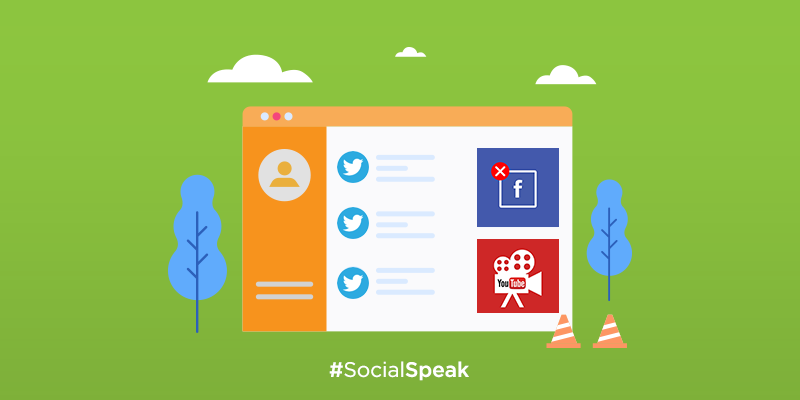 Itâ€™s getting worse for Facebook, as their shares fell recently and a mainstay across most social networks is finally coming to YouTube. Letâ€™s delve in to the biggest highlights from across the world of social media in the past week.

Facebook shares plunged 19% on Thursday, wiping off more than $119bn of Facebook’s market value. A day after the social behemoth revealed that 3 million users in Europe had abandoned the social network since the Cambridge Analytica breach of 87m Facebook profiles and the introduction of strict European Union data protection legislation.

To put things into context, the loss is 4 times the market worth of Twitter and close enough to that of McDonaldâ€™s.

Complex Network’s hit show “Sneaker Shopping”, will soon start appearing on Snapchat Discover. The show that has racked up more than 320 million video views predominantly on YouTube, follows the debut of the series “Hot Ones”.

This news marks Snapchat’s entry into syndicated video content, a shift from their policy to focus on original content programming. The vertical four-minute version of the show will start appearing on Discover every week.

In addition to the ban, Twitter has relaunched their registration process. The new process means policy checks will be run on all new apps to reduce spam and other malicious endeavours.

It seemed like forever, but hashtags in YouTube titles and descriptions are now finally clickable. This feature which is reportedly only available on Android and the Web, for now, will let you enter #tags in the search bar and YouTube will deliver a results page showing the top videos with the tag.

YouTube has also specifically advised against adding hashtags that contain hate speech, are unrelated to your content, misleading or meant to harass or humiliate someone.

As we head towards the tail end of the year, the social media landscape is sure to change at every turn, keep updated by following #SocialSpeak every week!