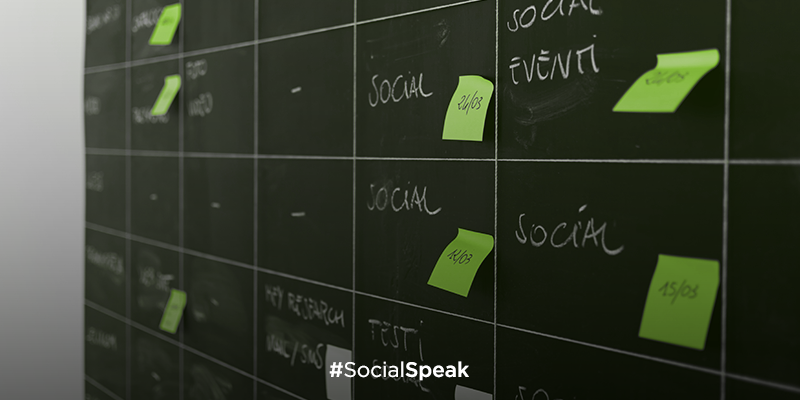 Itâ€™s an age old tale, every form of media eventually gets tainted by marketeers. Itâ€™s as simple as this, when marketeers move in, people move out, leaving the platform questioning its integrity. It happened to print, it happened to television, it happened to radio; but never has the need for media literacy felt like an epidemic, until now.

Is Social Media to blame?

The USP of social media is the possibility of two-way communication, thus the responsibility of keeping it authentic lies with both the creators that make careers through it and the users that consume it. In fact, the lines between who is a creator and who is the consumer is quite often blurred as people feel the need to share their personal experiences so vocally. Whilst the sharing, the stories, the tweets, the posts are an integral part of the platform, the amount of credibility it holds is still up for debate, weâ€™ve all skewed reality on social media to construct a narrative that isnâ€™t always true.

This is where the need for Social Media Literacy arises, creators and consumers are both affected by a third party, i.e. advertisers. Much like the other platforms, advertisers are the bread and butter of creators and ensure consumers have content to consume in the first place. However, as the audience are bombarded with multiple messages through the day, its hard to make a distinction between authentic and make-believe.

If youâ€™re anything like me and really like to dig deep into the psyche of creators, advertisers and consumers, you will be intrigued byÂ Shane Dawsonâ€™s series about Jake Paul. The series albeit slightly biased and skewed towards upping Jake Paulâ€™s clout, raises some key questions about viewersâ€™ responsibility on not allowing creators to push boundaries for views and engagement. Logan Paul (Jakeâ€™s brother) filmed a dead body for views earlier this year, the video was taken down, but it trended on YouTube for 12 hours before the platform took any action. The media, the consumers, the advertisers pointed fingers at Logan for being insensitive, and rightfully so. The question is why arenâ€™t we pointing fingers at each other for clicking on videos like these, almost assuring creators that they can get away with such shock tactics.Â ClickbaitÂ truly is the guerrilla marketing of the digital age.

Clickbait is the guerrilla marketing of the digital age.

Additionally, we overlook the fact that social media is virtually an immeasurable space. The messages that are intended for a certain audience will find its way to more people and as a result the reality merely becomes a perception and not a fact. We also ignore that what some find funny, others deem as offensive. As consumers, creators and advertisers, we shouldnâ€™t shy away from posting controversial pieces, but itâ€™s important to be prepared for ramifications that are a result of different intentions and interpretationsÂ from our audience.

Iâ€™m in no way implying our audiences are gullible, but our audiences are victims of over-saturated messages. What is the difference between a novel or a newsfeed? A television ad and a Pinterest board? In theory, theyâ€™re all mass communication mediums intended for public consumption. We tend to forget that much like other mediums, some narratives painted on social media are scripted, well-thought and posed to derive a result. The result can be as tangible as views, engagement, sales; but also as intangible as change in perception, altering popular opinion or inducing hateful behavior. Itâ€™s not propaganda, itâ€™s purely business.

While the digital landscape is ever changing, the criteria for evaluating content remains untouched. Social Media literacy is our only tactic towards protecting and more importantly readyingÂ young minds. By doing so, we can empower generations to consciously clear the flow of messages in order to prevent the manipulation of facts. The means to critically filter messages that holds influencers, advertisers and consumers responsible must be provided to all. There are no two ways about it.

The rise of Pro Kabaddi League : Why it is soaring in popularity Blood money