Another sizeable cash injection for big data biotech: Sophia Genetics has announced a $77M Series E funding round, bringing its total raised to $140M since the business was founded back in 2011.

The company, which applies AI to DNA sequencing to enable what it dubs “data-driven medicine”, last closed a $30M Series DÂ in fall 2017.

When we last spoke to Sophia Genetics it had around 350 hospitals linked via its SaaS platform, and was then adding around 10 new hospitals per month.

NowÂ it says its Sophia AI platform is being used by more than 850 hospitals across 77 countries, and it claims to have supported the diagnosis of more than 300,000 patients.

The basic idea is to improve diagnoses by enabling closer collaboration and knowledge sharing between hospitals via the Sophia AI platform, with an initialÂ focus on oncology, hereditary cancer, metabolic disorders, pediatrics and cardiology.Â

Expert (human) insights across the network of hospital users are used to collectively enhance genomic diagnostics, and push towards predictive analysis, by feeding and training AI algorithms intended to enhance the reading and analysis ofÂ DNA sequencing data.

Sophia Genetics describes its approach as the â€œdemocratizationâ€� of DNA sequencing expertise.

Commenting on the Series E in a statement, Lilly Wollman, co-head of Generationâ€™s growth equity team said: â€œWe believe that leveraging genetic sequencing and advanced digital analysis will enable a more sustainable healthcare system. Sophia Genetics is a leader in the preventive and personalized medicine revolution, enabling the development of targeted therapeutics, thereby vastly improving health outcomes. We admire Sophia Genetics not just for its differentiated analytics capability across genomic and radiomic data, but also for its exceptional team and cultureâ€�.

The new funding will be put towards further expanding the number of hospitals using Sophia Genetics’ technology, and also on growing its headcount with a plan to ramp up hiring in the US especially.

The Swiss-founded firm is nowÂ co-based in Lausanne and Boston, US.

In another recent developmentÂ the company addedÂ radiomics capabilitiesÂ to its platform last year, allowing for what it describes as “aÂ prediction of the evolution of a tumour”, which it suggests can help inform a physicianâ€™s choice of treatment for the patient. 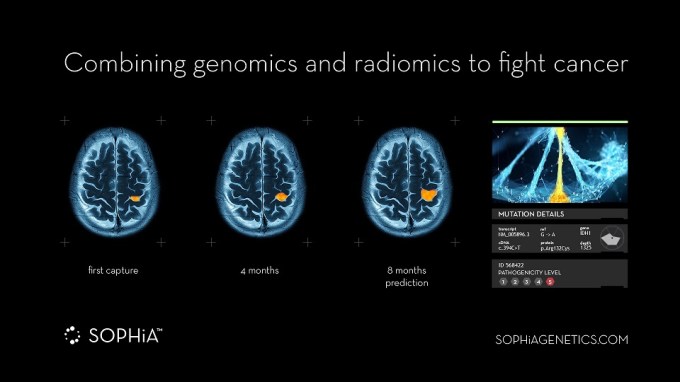