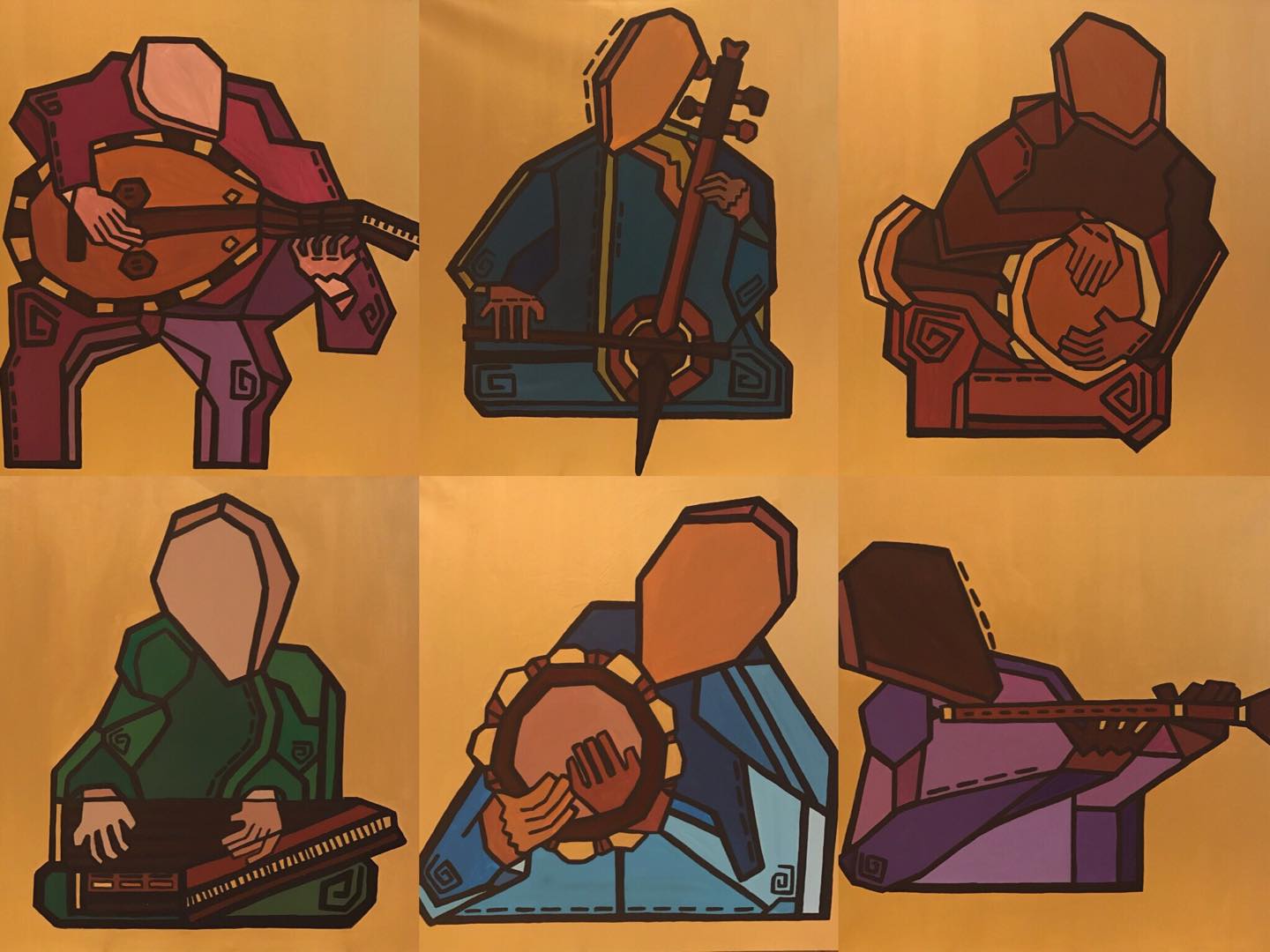 As a country, Egypt has always been a hub and an advocate for several artistic practices. While the country embraces its modern Mediterranean and Arabic art and music cultures, a thriving art genre is breaking waves.

Because of the countryâ€™s unique location, it has been home for many cultures throughout the years which have manifested in various forms of modern art. However, a culture that was yet to be embraced in the modern public eye is Egyptâ€™s African culture.

Upon the arrival of the Greco-Roman Empire in Egypt, ancient Egyptian art embodied hellenistic art characteristics. Hellenistic art reflected human emotions and realistic human depictions; this was a completely different style from the native canon of Egyptian art.

With the introduction of western and European art techniques, local artists have since been inspired by the four-fathers of the art world Picasso, Monet, and Van Gogh, straying away from ancient Egyptian art styles.

However, the roaring art scene is overloaded with talent. To distinguish themselves, some artists decided to break away from the euro-centric art movements and decided to look at African art for inspiration.

â€œIn school, we are always learning about European art movements and Picasso and Monet, which is great; I love them, but when I got into African art, this was what drew my attention,â€� visual artist, Farah Shafie says. 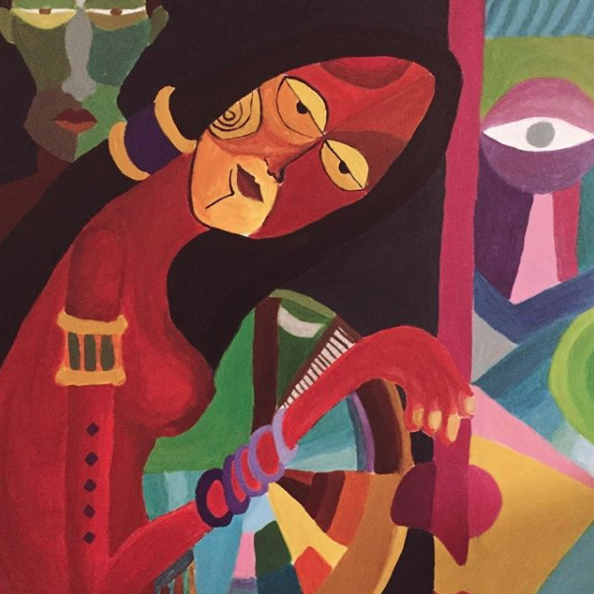 When Shafie was developing her style, she was looking for inspiration from African artists because of the â€œvibrant color palette and the bold linesâ€� that the genre manifested.

To her, the style and composition of the genre was almost like a breath of fresh air. â€œIt [African art] was a very inventive genre. To me it was very refreshing, authentic and original,â€� Shafie explains. 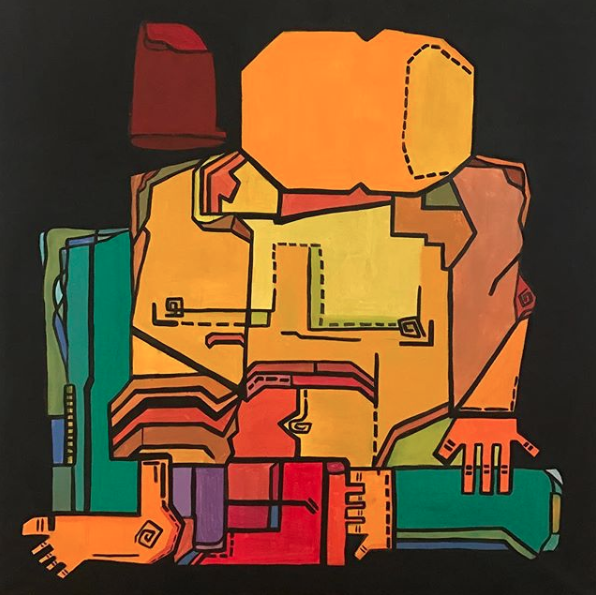 African paintings’ composition consists of 2D depictions of people with exaggerated human characteristics such as enlarged heads and hands, elongated neck and limbs. African artists often use geometric lines and figures in their motifs along with exquisite details, saturated colors and proportionality to achieve a harmonious artwork. One thing that distinguishes African art from other art forms is human resemblance in inanimate objects to portray spirituality.

It is important to note that Africa is a very rich country in terms of culture. The diversity of these cultures are reflected in the different forms of African art. While they all share similar characteristics, every country and its cultures manifested these techniques differently to reflect its own identity. Although ancient Egyptian art does utilize many of these techniques, the final outcome is different from other North African art.

For evolving artists, establishing an artistic style is like finding your own voice. Shafie started experimenting with different styles gaining inspiration from artists and art genres she admired. â€œWhen I started, I was looking for African artists. And I thought I went out of this African phase as I started experimenting with other art styles,â€� Shafie chuckles, â€œbut a lot of people pointed out that they see African art styles within my work which shocked me because it wasnâ€™t something I consciously put in my work.â€� 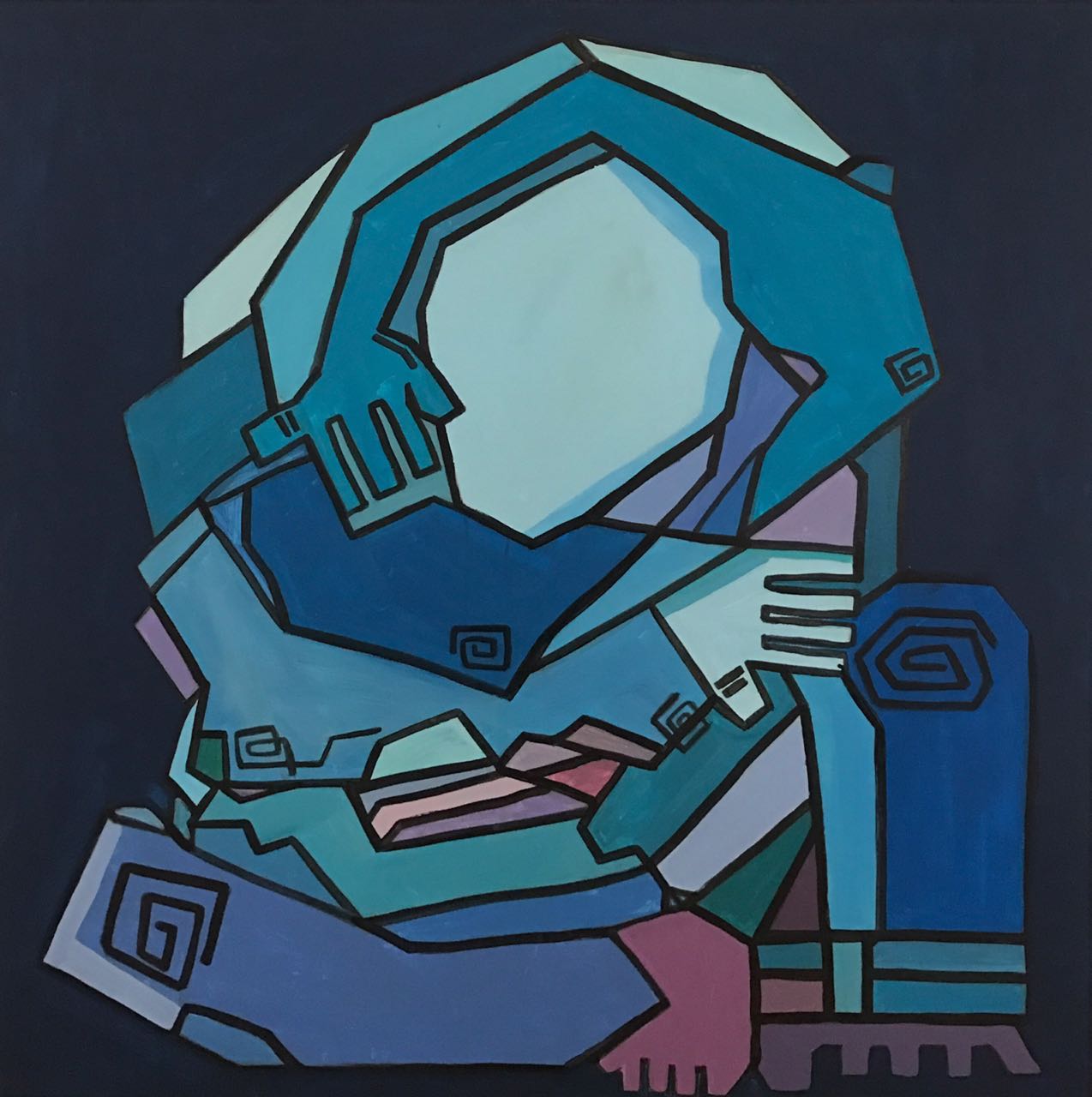 â€œI feel that my figures are so close to the abstract of the very early drawing of the Pharaonic wall paintings. They [Pharaonic wall paintings] feel like codes but they still express a lot and you are able to read through them,â€� ElMeshad explains, â€œand this how I feel about my own work; that I do have my own codes that are based on real stories, but still people can read them and feel them.â€�

ElMeshad too is heavily inspired by the ancient Egyptian art that was established in 3000 B.C. and the modern Egyptian culture. After graduating from art school, ElMeshad decided to pursue teaching as she continued to experiment with her artistic style. She wanted to break away from a style she developed while working on her graduation project.

One major inspiration were her students. With the intention of exposing them to different art forms such as abstract art. She let her students recreate their favorite pieces and by doing so she was reminded by the essence of art: shapes and lines. 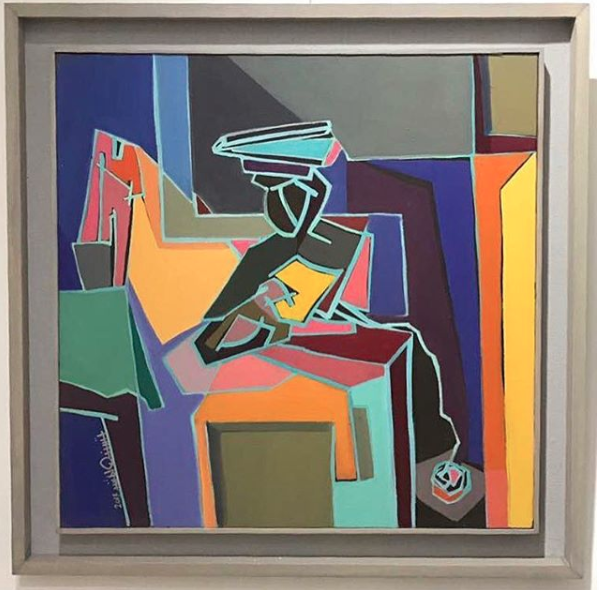 ElMeshad then incorporated abstract elements intro her artwork that later resembled ancient Egyptian art. Stemming from her fondness for harmony amongst the diverse Egyptian cultures, ElMeshadâ€™s tones are warm and tend to reflect the countryâ€™s desert ambience.

â€œWhile my color palette was initially inspired by my affection for the south Asian culture, it was later inspired by Egyptâ€™s warm climate,â€� she adds.

It is important to note that while Egyptâ€™s African art does differ from the rest of the continent, it stays true to African motifs which will continue to reflect in many Egyptian artistsâ€™ work including Hussein Bicar, Farghali Abdel Hafiz, Nathan Doss, and Amgad El Tohamy.

“I think whatâ€™s important is to treasure African art and for African artists to carry their narrative on their own and spread it,” Shafie emphasizes,” because while Europe has a thriving art scene, so do we [Egyptians], but a lot of people outside the local art scene are not aware of it.”