Unlike others, Qualgro has operated relatively under the radar to date.

That’s been very deliberate, according to managing partnerÂ Heang Chhor, who started the firm after leaving McKinsey following a 26-year stint that spanned Europe and Asia. Cambodian by birth, Chhor grew up in France and he rose to become a member of theÂ McKinsey Global Board, whilst also leading the business in Japan.

Prior to McKinsey,Â Chhor started a number of businesses — of which he says he got a modest exit but plenty of experience — and now he is turning his attention to Southeast Asia, where growing internet access among a cumulative base of 650 million consumers is opening up new opportunities for tech and internet businesses. The region’s digital economy is forecast to pass $200 billion by 2020, up from an estimated $50 billion in 2017, according to a much-cited report from Temasek and Google.

Qualgro — which stands for ‘quality’ and ‘growth,’ in case you wondered — opened its doors in 2015 with a maiden $50 million fund. Alongside Chhor isÂ Jason Edwards, formerly with PE firm Clearwater Capital and Peter Huynh, who joined from the Singtel Innov8 VC arm. To date, Qualgro has made 19 investments, which include IP and data firm Patsnap, e-commerce startup Shopback, and lending platform Funding Societies.

The aim is to super-size that with this new fund, which this week completed a first close of $60 million. The total target is $100 million. Qualgro didn’t comment on the identity of its LPs, but it said the increased capital will see it further its efforts on Series B deals.

The firm has focused on Series A and B deals in Southeast Asia so far with a primary interest in b2b businesses, and those that use data, AI, enterprise and Sass models. Beyond that b2b specialism, the firm looks to distinguish itself by offering international growth opportunities to its portfolio. That’s to say that Chhor uses his networks across the world to help Southeast Asia-based companies expand into new geographical markets — especially on issues like setting up offices and hiring — whilst also tapping his connections within the enterprise and business worlds.

“As a Southeast Asia-based VC, we are looking for talented people that are able to grow their company regionally and potentially become a real global player. Itâ€™s a little bit difficult because as a Southeast Asian entrepreneur you need to have certain skills and be on the right business model to access the global world and compete successfully [but] we invest in this type of talent irrespective of their country in Southeast Asia,” Chhor told TechCrunch. 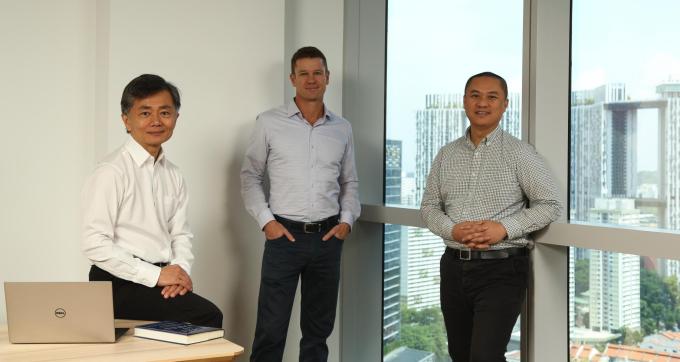 That’s been most visible with its efforts in Australia to date. For example, Qualgro has worked closely with Shopback to expand its service into the country. While Patsnap, too, has leveraged its investor to expand into Europe, where it has a sizeable operation in addition to its Singapore HQ.

But the strategic deals also flow the other way.

Qualgro is looking to back companies that seek the opportunities to move into Southeast Asia. To date that has seen it get active in the Australian market, where it has done more deals that other Southeast Asian VC firm. Those includeÂ Data Republic, which has expandedÂ to Singapore with plans to go beyond that, too.

Chhor explained that, beyond its current scope on Southeast Asia and Australia, the firm is open to pursuing deals with companies in markets like Europe and Japan when there are opportunities for Qualgro to come in as a strategic investor help grow businesses and expand networks across Asia.

Indeed, Qualgro’s focus on international is reflected in its team which consists of six people in Singapore with one in Australia and an advisor in Europe.